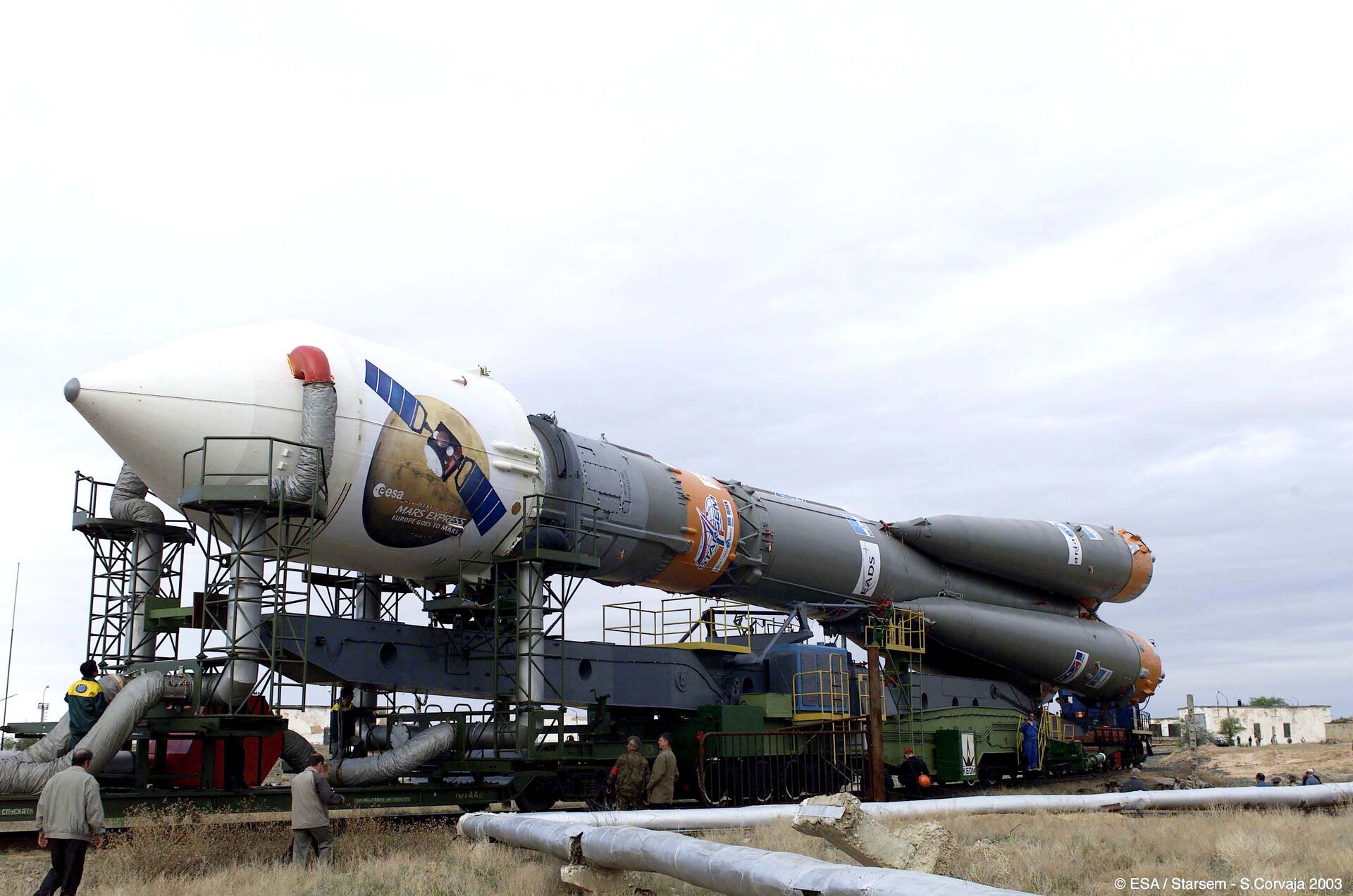 The Soyuz rocket was first launched in November 1963 and has since flown more than 1500 times with a 98% success rate.

It usually has three stages, but a fourth stage is added for particularly demanding launches. In the case of Mars Express, this is the Fregat.

During the launch, the Fregat was ignited twice. The first ignition placed it into a circular orbit after separation from Soyuz. The second, a few hours later, injected Mars Express into its interplanetary trajectory.