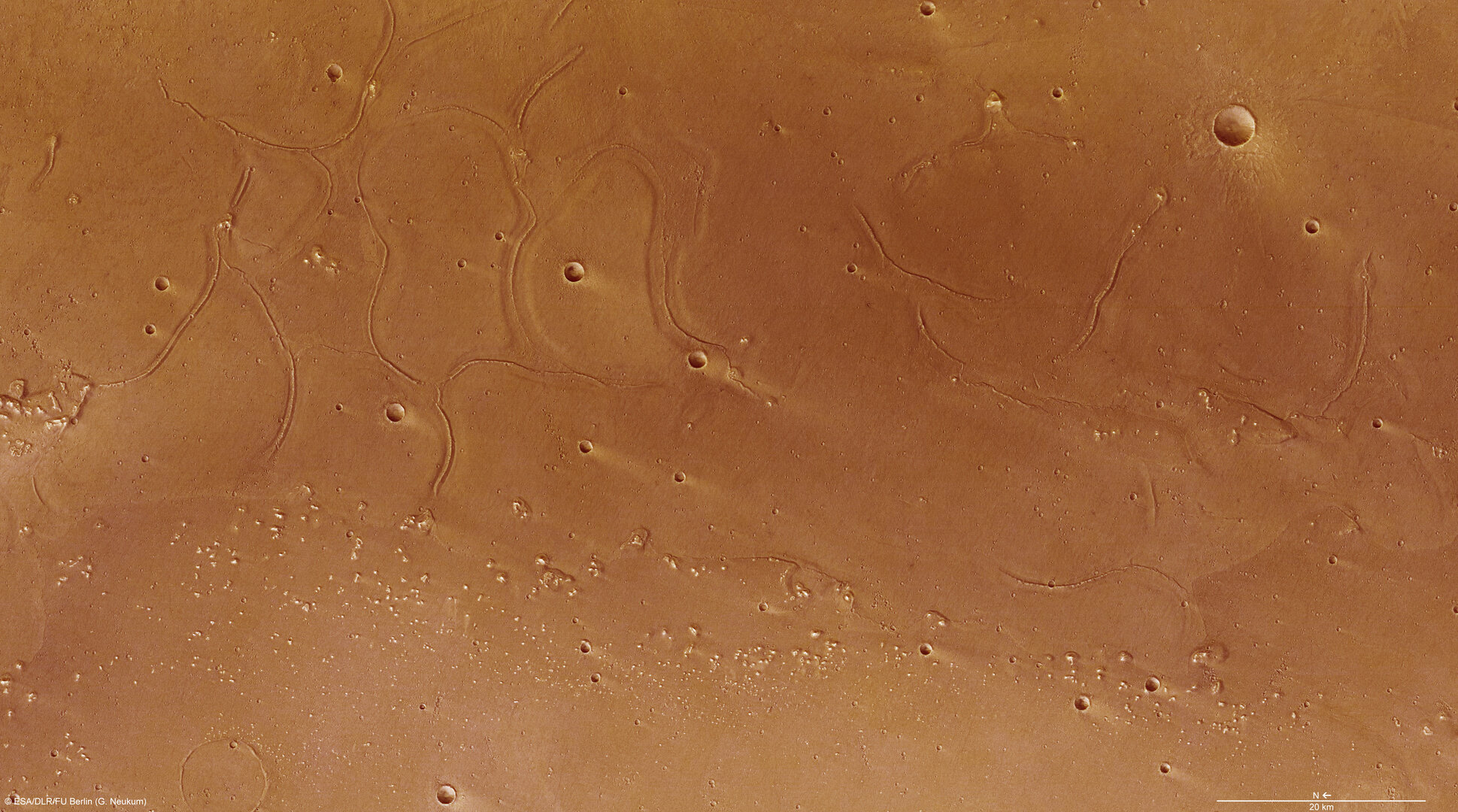 These images taken by the High Resolution Stereo Camera (HRSC) on board Mars Express show the mouth of the Tiu Valles channel system on the red planet.

The mouth of Tiu Valles is an estuary-like landform. On Earth, an estuary is the tidal mouth of a river valley, or the end that meets the sea and fresh water comes into contact with seawater. In such an area, tidal effects are evident.

Tiu Valles is located at approximately 27° North and 330° East. The sun illuminates the scene from the North West, the lower left-hand side in the image.

Tiu Valles originates in the equatorial chaotic terrains at the mouth, at the eastern end of Valles Marineris. The morphology of this chaotic terrain is dominated by large-scale remnant massifs, which are large relief masses that have been moved and weathered as a block. These are randomly oriented and heavily eroded.

From there, the region extends to the north over a distance of 1500 km before terminating in Chryse Planitia. Along with Kasei Valles and Ares Valles, Tiu Valles is one of the major outflow channels entering the Chryse Planitia plain.

The scene in the images covers an area of approximately 140 by 80 km at the mouth of Tiu Valles. The region was made famous in 1997 when rover Sojourner of NASA’s Pathfinder mission landed about 600 km south-west of the mapped area.

Visible in the lower part of the image are remnants of a once 'streamlined' island. The upper part of the scene covers the mouth of Tiu Valles nearly in its entire width, approximately 55 km.

Its winding, meandering ridges, bound by depressions, are eye-catching. The exact processes that formed these odd structures are unknown. One possibility is that during floods, water or water-rich surface layers came in contact with lava from the surrounding areas, which then might have led to the formation of these mysterious ridges.