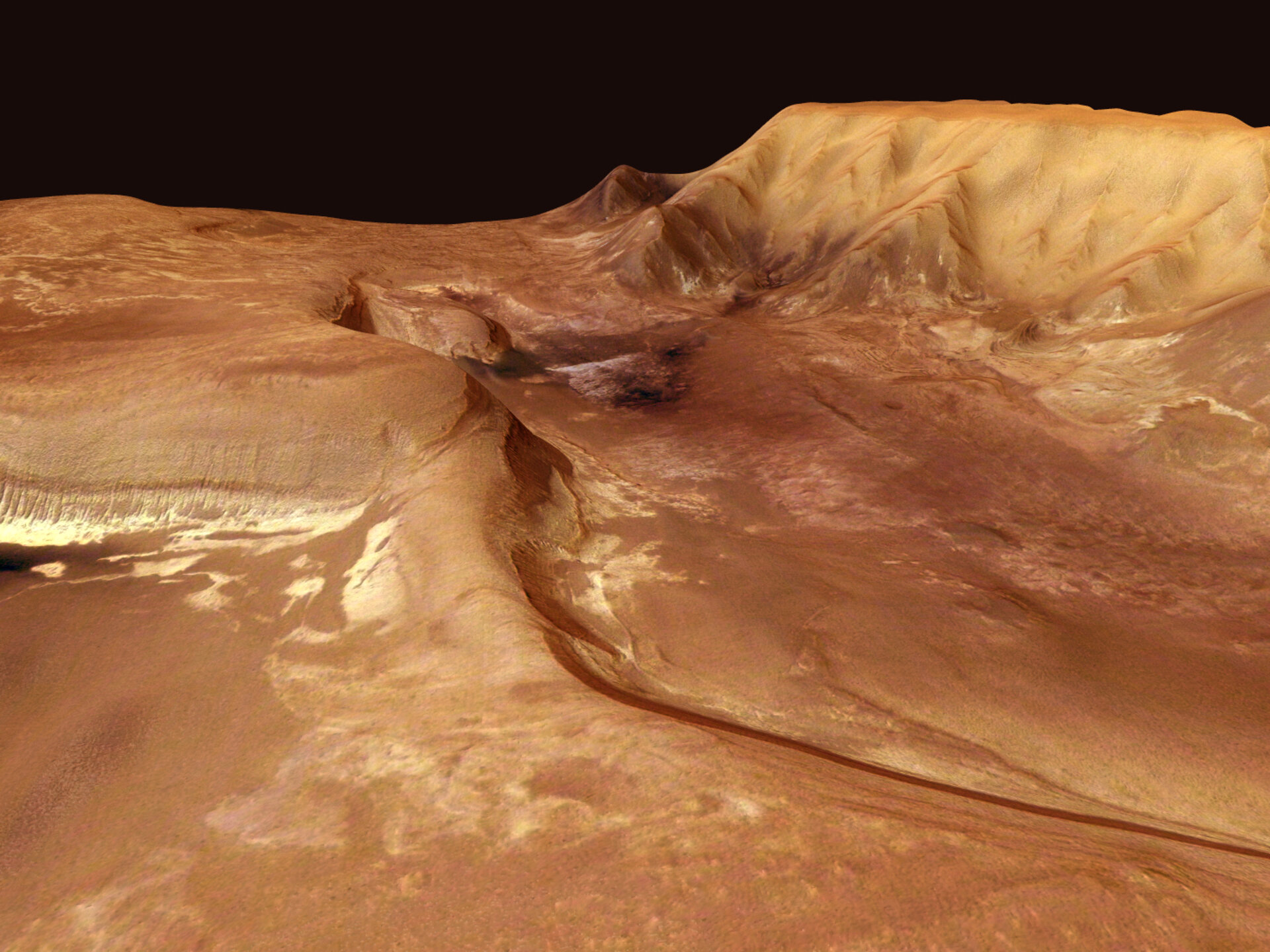 This image of the southern part of Valles Marineris, called Melas Chasma, was obtained by the High Resolution Stereo Camera (HRSC) on board the ESA Mars Express spacecraft.

This image was taken at a resolution of approximately 30 metres per pixel. The displayed region is located at the southern rim of the Melas Chasma, centred at Mars latitude 11° S and Mars longitude 286° E. The images were taken on orbit 360 of Mars Express.

This perspective view has been turned in such a way that the observer has a view of the southern scarp, almost 5000 metres high. The basin on the floor of the valley is on the opposite side, bordered by a ridge.

On its flanks it is possible to make out some layering. However, the nature of the bright material, possibly some kind of deposit, is still unknown.

This perspective view was created by using the nadir (vertical view) channel and one stereo channel of the HRSC to produce a digital model of the terrain. Please note that image resolution has been reduced for use on the internet.