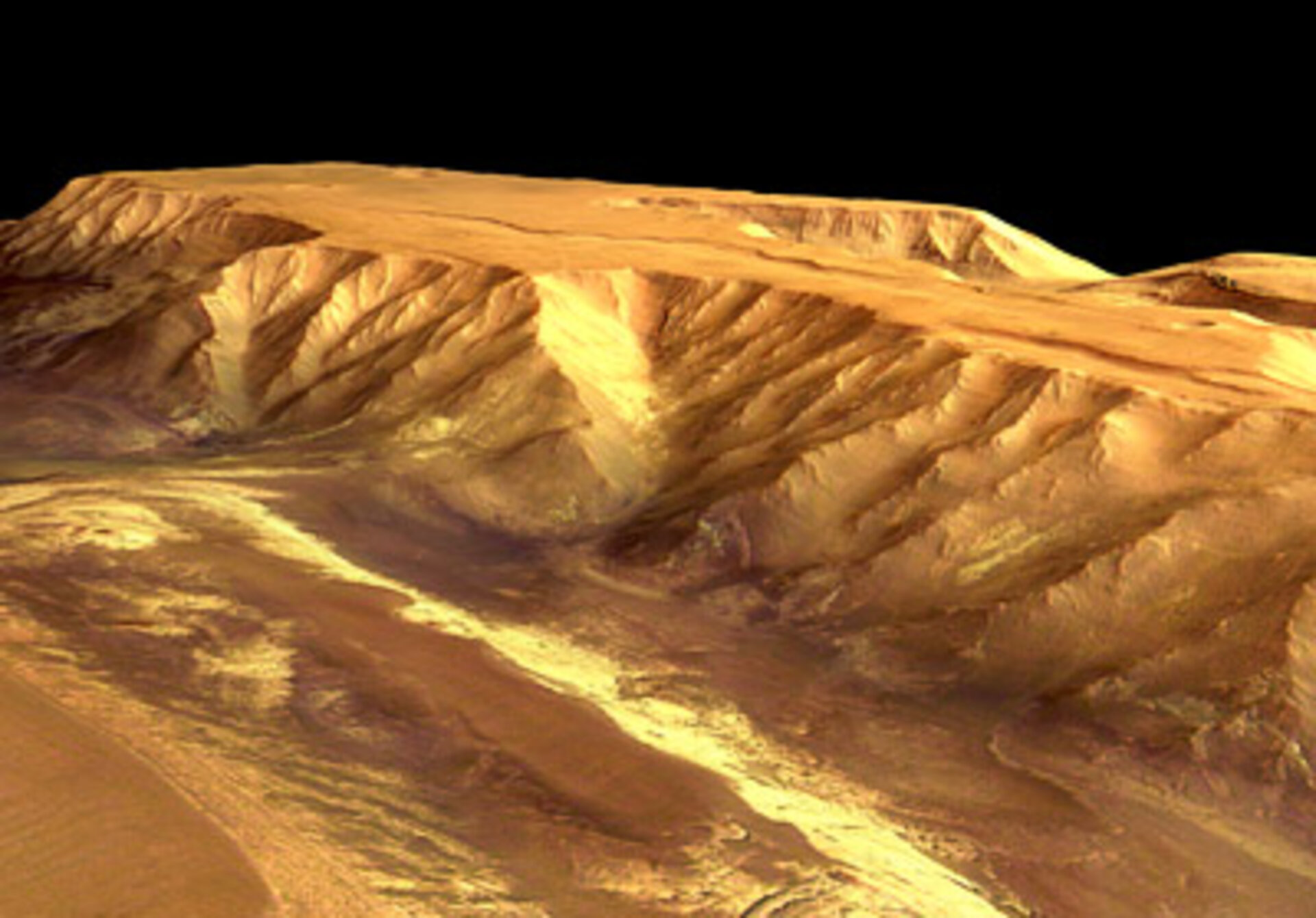 These images, taken by the High Resolution Stereo Camera (HRSC) on board ESA’s Mars Express spacecraft, show Candor Chasma - one of the largest canyons in the Valles Marineris canyon system.

The HRSC obtained image data in orbit 360 with a ground resolution of approximately 40 metres per pixel. The image was shows a region centred around 5° South latitude and 285° East longitude.

Traces of erosion can be observed at the canyon walls, which are similar to erosional features observed on Earth in arid or alpine regions.

The high-standing plateaus, which have an elevation of approximately six kilometres, have a very flat surface and most likely consist of several layers of basaltic lava.

While it is unclear how the canyon system formed, it seems probable that tension and fracturing of the upper crust produced a widening of the canyon and subsequent lowering of the valley floor (a so-called tectonic ‘graben’).

It is also thought that Valles Marineris could be a possible ‘rift’, which occurs when tensional fractures go deeper than the relatively elastic lithosphere (or crust).

An alternative theory about the formation of the canyon system is the removal of rock from the subsurface material, as a result of water activity, and subsequent collapse of the surface. This process is analogous to the formation of terrestrial ‘karst’ landscapes.

It could also be possible that large amounts of ice under the surface melted and this meltwater formed the large outflow channels in the north.

As a result, the surface collapsed where substantial amounts of ice were removed, forming the Valles Marineris system as we see it today.