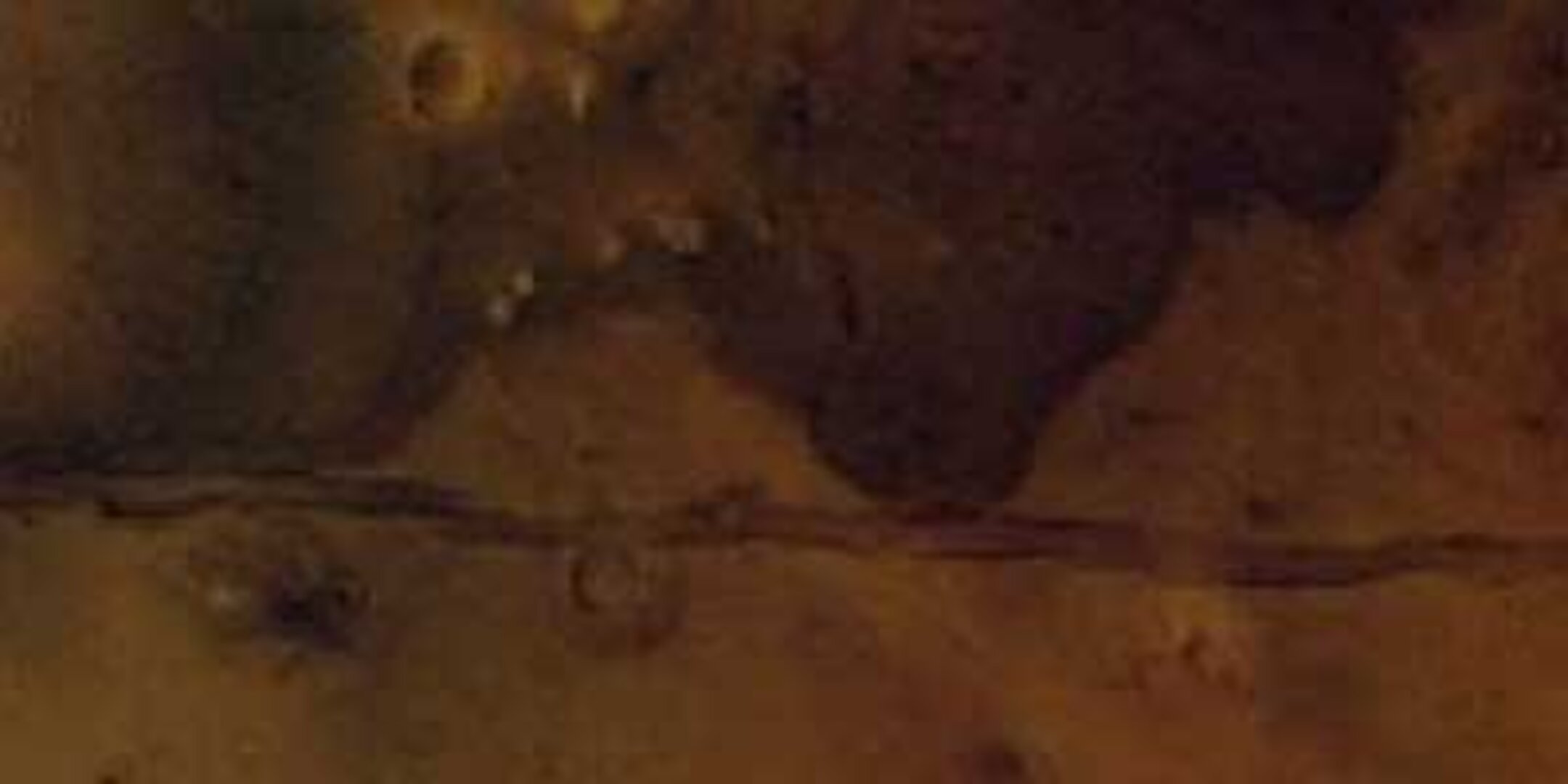 The biggest postcard in the world does not fit into any known terrestrial letterbox. It measures 24 metres by 1.35 metres and shows a 3700-kilometre long, 166-kilometre wide strip of Martian landscape in south-north direction.

This postcard of Mars shows a section of surface covering 380 000 square kilometres, an area bigger than Germany. It contains 2.5 gigabytes of uncompressed data. The picture was taken from an altitude of between 275 and 830 kilometres by the HRSC on board ESA's Mars Express orbiter.

Because of the varying height from which the photograph was, the section of Mars shown has also different dimensions: at the start, the width is 166 kilometres, at the orbiter's closest point to Mars the width is 62 kilometres, and at the end it is 78 kilometres. The picture starts at 52 degrees South and ends at 12 degrees North, the Gusev crater and the NASA Spirit rover landing site lies at about 14.5 degrees South. The European Mars Express spacecraft flies at a speed of one to four kilometres per second over the surface of Mars, depending on its altitude.