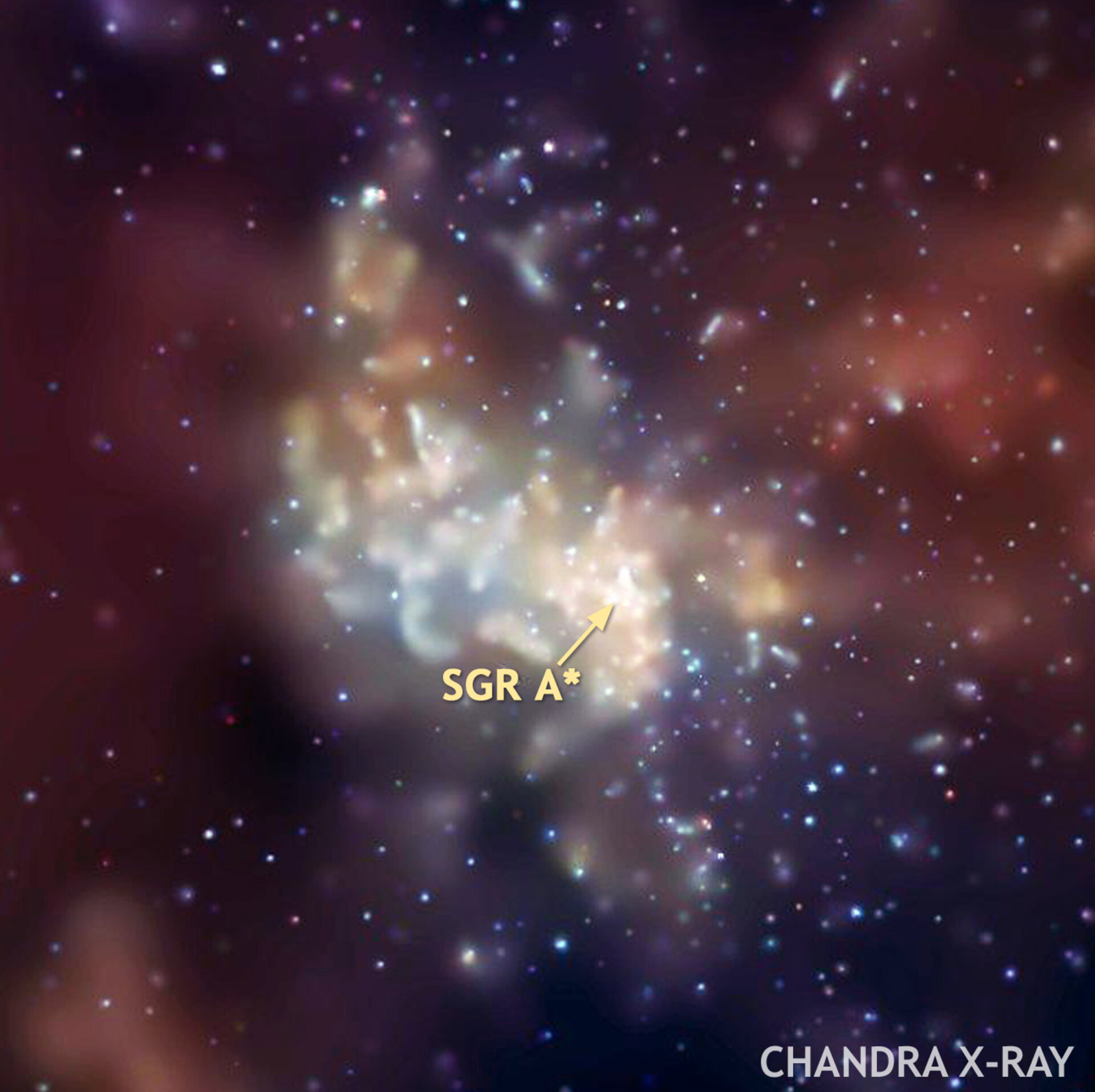 A team of Japanese astronomers using ESA’s XMM-Newton, along with NASA and Japanese X-ray satellites, has discovered that our galaxy’s central black hole let loose a powerful flare three centuries ago.

The finding helps resolve a long-standing mystery: why is the Milky Way’s black hole so quiescent? The black hole, known as Sagittarius A-star (A*), is a certified monster, containing about 4 million times the mass of our Sun. Yet the energy radiated from its surroundings is thousands of millions of times weaker than the radiation emitted from central black holes in other galaxies.

"We have wondered why the Milky Way’s black hole appears to be a slumbering giant," says team leader Tatsuya Inui of Kyoto University in Japan. "But now we realise that the black hole was far more active in the past. Perhaps it’s just resting after a major outburst."

The observations, collected between 1994 and 2005, revealed that clouds of gas near the central black hole brightened and faded quickly in X-ray light as they responded to X-ray pulses emanating from just outside the black hole. When gas spirals inward toward the black hole, it heats up to millions of degrees and emits X-rays. As more matter piles up near the black hole, the X-ray output becomes greater.

These X-ray pulses take 300 years to traverse the distance between the central black hole and a large cloud known as Sagittarius B2, so the cloud responds to events that could have been seen occurring 300 years ago, from Earth.

When the X-rays reach the cloud, they collide with iron atoms, kicking out electrons that are close to the atomic nucleus. When electrons from farther out fill in these gaps, the iron atoms emit X-rays. But after the X-ray pulse passes through, the cloud fades to its normal brightness.

Amazingly, a region in Sagittarius B2 only 10 light-years across, varied considerably in brightness in just five years. These brightenings are known as light echoes. By resolving the X-ray spectral line from iron, Suzaku’s observations were crucial for eliminating the possibility that subatomic particles caused the light echoes.

"By observing how this cloud lit up and faded over 10 years, we could trace back the black hole’s activity 300 years ago," says team member Katsuji Koyama of Kyoto University. "The black hole was a million times brighter three centuries ago. It must have unleashed an incredibly powerful flare."

This new study builds upon research by several groups who pioneered the light-echo technique. Last year, a team led by Michael Muno, who now works at the California Institute of Technology in, California, USA, used Chandra observations of X-ray light echoes to show that Sagittarius A* generated a powerful burst of X-rays about 50 years ago — about a dozen years before astronomers had satellites that could detect X-rays from outer space. "The outburst three centuries ago was 10 times brighter than the one we detected," says Muno.

The galactic centre is about 26 000 light-years from Earth, meaning we see events as they occurred 26 000 years ago. Astronomers still lack a detailed understanding of why Sagittarius A* varies so much in its activity. One possibility, says Koyama, is that a supernova a few centuries ago plowed-up gas and swept it into the black hole, leading to a temporary feeding frenzy that awoke the black hole from its slumber and produced the giant flare.

The new study, which will appear in the Publications of the Astronomical Society of Japan, combines results from Japan’s Suzaku and ASCA X-ray satellites, NASA’s Chandra X-ray Observatory, and the ESA’s XMM-Newton X-ray Observatory. The article in which the results appear is titled ‘ Time Variability of the Neutral Iron Lines from the Sgr B2 Region and its Implication of a Past Outburst of Sgr A*’ by T. Inui, K. Koyama, H. Matsumoto and T. Tsuru

Launched in 2005, Suzaku is the fifth in a series of Japanese satellites devoted to studying celestial X-ray sources and is managed by the Japan Aerospace Exploration Agency (JAXA). This mission is a collaborative effort between Japanese universities and institutions and NASA Goddard.

XMM-Newton science operations are handled at ESA’s European Space and Astronomy Centre (ESAC). The satellite was designed and built to return data for at least a decade. It has detected more X-ray sources than any previous satellite and is helping solve many cosmic mysteries of the violent universe, from what happens in and around black holes to the formation of galaxies in the early Universe. The satellite uses over 170 wafer-thin cylindrical mirrors spread over three telescopes.

Its orbit takes it almost a third of the way to the Moon, so that astronomers can enjoy long, uninterrupted views of celestial objects. NASA's Marshall Space Flight Center, Alabama, USA manages the Chandra program for the agency's Science Mission Directorate. The Smithsonian Astrophysical Observatory controls science and flight operations from the Chandra X-ray Center in Massachusetts, USA.