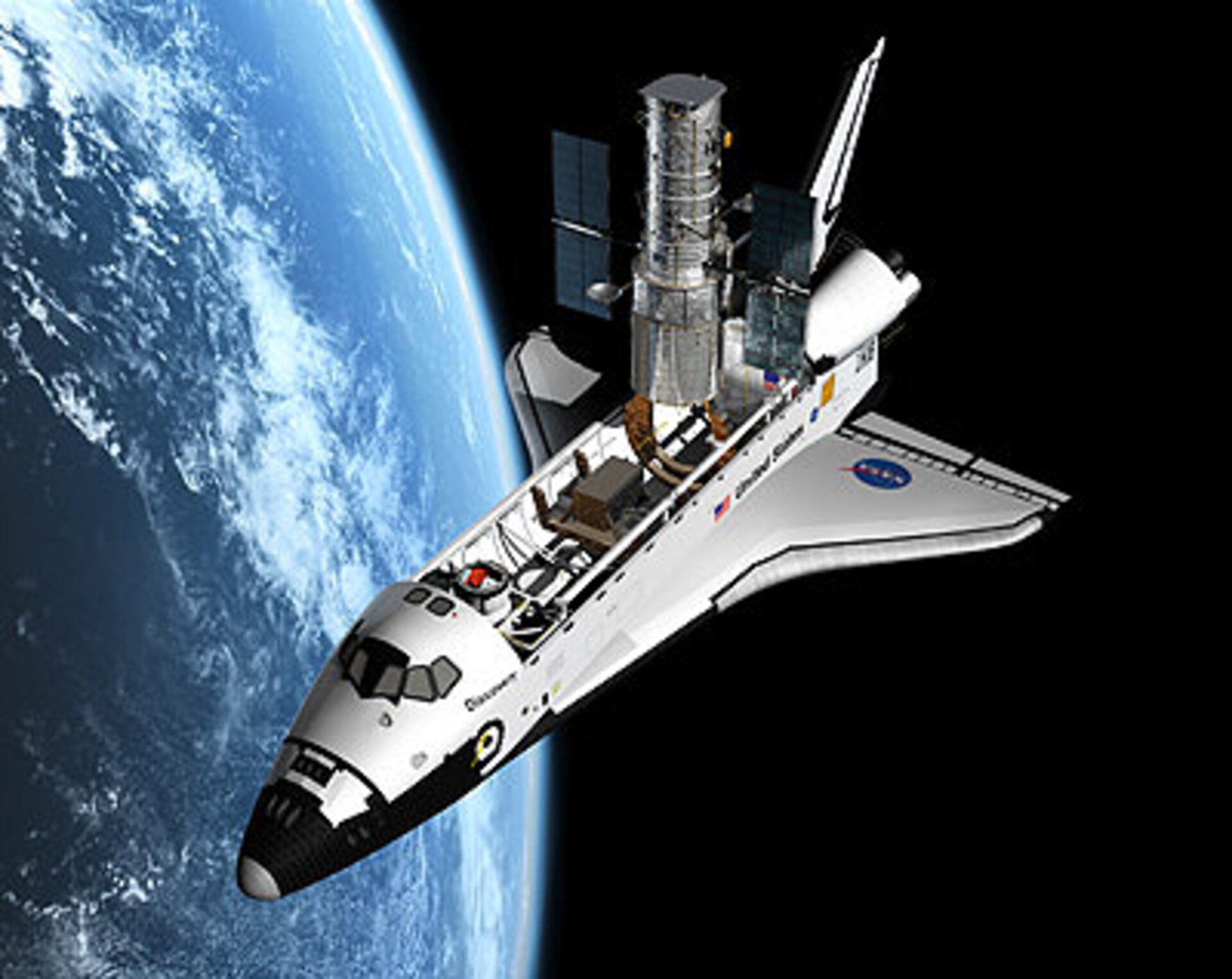 ESA PR 40-2006. After more than a decade of fascinating discoveries, the Hubble Space Telescope will soon be given the new beginning it deserves. Today, NASA Administrator Michael Griffin has given the green light for a Shuttle mission to repair and upgrade the permanent space-based observatory.

The history of the NASA/ESA Hubble Space Telescope is dominated by the familiar sharp images and amazing discoveries that have had an unprecedented scientific impact on our view of the world and our understanding of the universe. Nevertheless, such important contributions to science and humankind have only been possible as a result of regular upgrades and enhancements to Hubble’s instrumentation.

Using the Space Shuttle for this fifth Servicing Mission underlines the important role that astronauts have played and continue to play in increasing the Space Telescope’s lifespan and scientific power. Since the loss of Columbia in 2003, the Shuttle has been successfully launched on three missions, confirming that improvements made to it have established the required high level of safety for the spacecraft and its crew.

“There is never going to be an end to the science that we can do with a machine like Hubble”, says David Southwood, ESA’s Director of Science. “Hubble is our way of exploring our origins. Everyone should be proud that there is a European element to it and that we all are part of its success at some level.”

This Servicing Mission will not just ensure that Hubble can function for perhaps as much as another ten years; it will also increase its capabilities significantly in key areas. This highly visible mission is expected to take place in 2008 and will feature several space walks.

As part of the upgrade, two new scientific instruments will be installed: the Cosmic Origins Spectrograph and Wide Field Camera 3. Each has advanced technology sensors that will dramatically improve Hubble’s potential for discovery and enable it to observe faint light from the youngest stars and galaxies in the universe. With such an astounding increase in its science capabilities, this orbital observatory will continue to penetrate the most distant regions of outer space and reveal breathtaking phenomena.

“Today, Hubble is producing more science than ever before in its history. Astronomers are requesting five times more observing time than that available to them” says Bob Fosbury, Head of the HST European Coordinating Facility. “The new instruments will open completely new windows on the universe. Extraordinary observations are planned over the coming years, including some of the most fascinating physical phenomena ever seen: investigation of planets around other stars, digging deeper into the ancestry of our Milky Way and above all gaining a much deeper insight into the evolution of the universe.”

Around the same time that the Shuttle lifts off for the Servicing Mission, ESA will launch Herschel, the orbiting telescope with the largest mirror ever deployed in space. Herschel will complement Hubble in the infrared part of the spectrum and is an ESA mission with NASA participation.

Instead of being left at the mercy of its aging instruments, the Hubble Space Telescope will now be given the new lease of life it deserves. In the hope that more discoveries from Hubble will help explain more of the mysteries of the universe, astronauts will make this fifth trip to the world’s most powerful visual light observatory and increase its lifespan and scientific power.

Hubble’s direct successor, the James Webb Space Telescope - a collaborative project being undertaken by NASA, ESA and the Canadian Space Agency - is scheduled for launch in 2013. The Servicing Mission just decided on will reduce the gap between the end of the HST mission and the start of the JWST mission.

The Hubble Space Telescope project is being carried out by ESA and NASA on the basis of international cooperation.