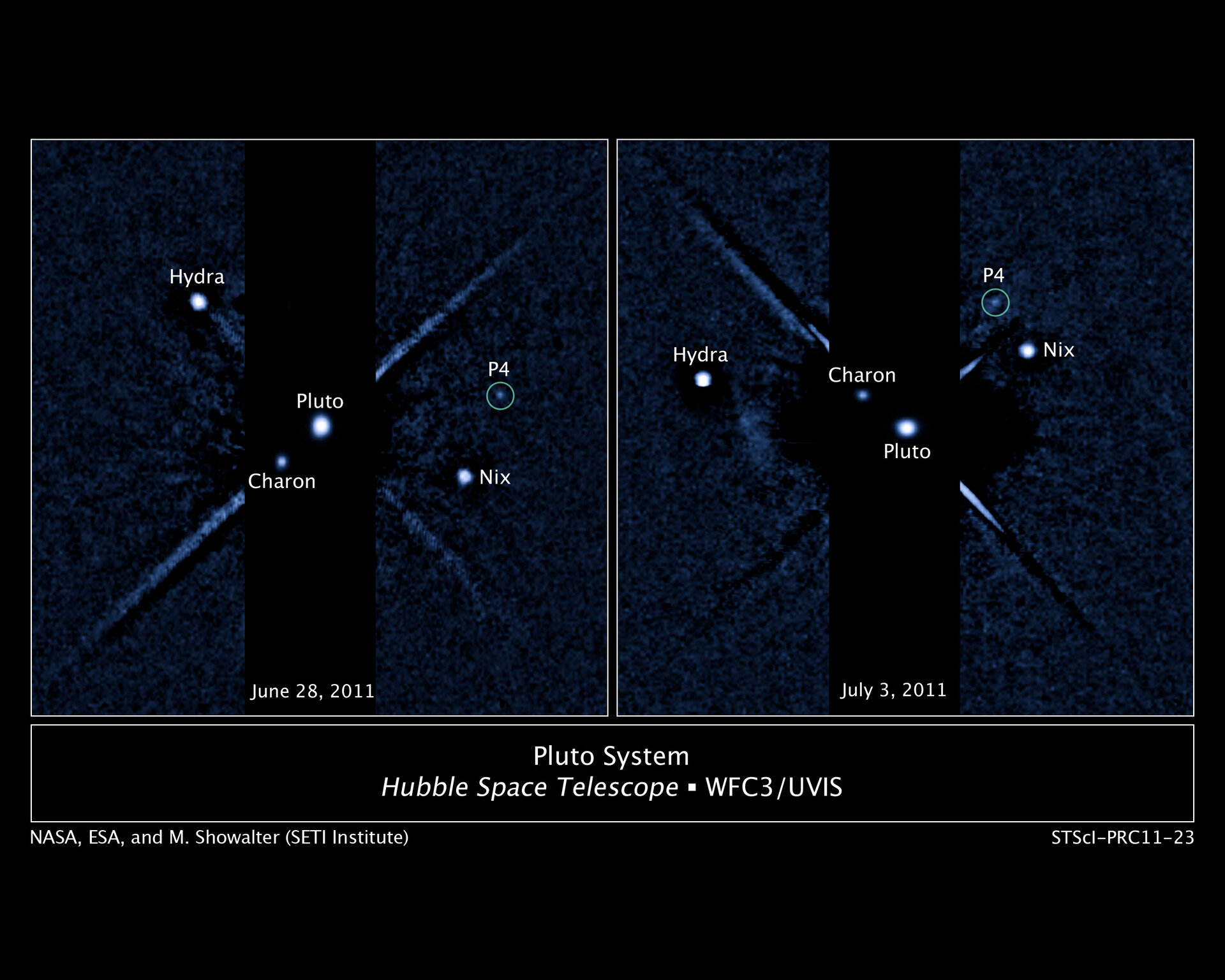 The NASA/ESA Hubble Space Telescope has discovered a new moon circling Pluto. P4, as it is currently called, is the smallest moon yet found orbiting Pluto, with an estimated size of 13–34 km. By comparison, Pluto’s largest moon, Charon, is 1043 km across, while Nix and Hydra are 32–113 km wide.

The new moon lies between the orbits of Nix and Hydra, two satellites discovered by Hubble in 2005.

P4 completes an orbit around Pluto roughly every 31 days. It was first seen with Hubble’s Wide Field Camera 3 on 28 June. The sighting was then confirmed in follow-up Hubble observations on 3 July and 18 July. Long exposures are needed to see the new moon and this creates the speckled background from ‘noise’ in the camera. The cross shape is also an artefact of the camera.

The discovery gives NASA’s New Horizons mission, scheduled to fly through the Pluto system in 2015, another tempting scientific target.