The LIC1 camera of the Canary Long-Baseline Observatory (CILBO) on Tenerife captured the peak of the 2020 Perseid meteor shower in mid-August, detecting dozens of meteors in a single night. One of the most spectacular annual meteor showers, the Perseids, made of debris from comet Swift-Tuttle, have been observed by sky-watchers for thousands of years.

Such recordings of meteors allow researchers to determine the precise trajectory of each meteor, identify their orbit around the Sun and ultimately the body from which they originated.

Meteoroids are pieces of rock shed by comets or asteroids. Upon entering Earth’s atmosphere, they create the visual display called a meteor. The typical altitude of meteors is around 80 to 120 km above Earth's surface. 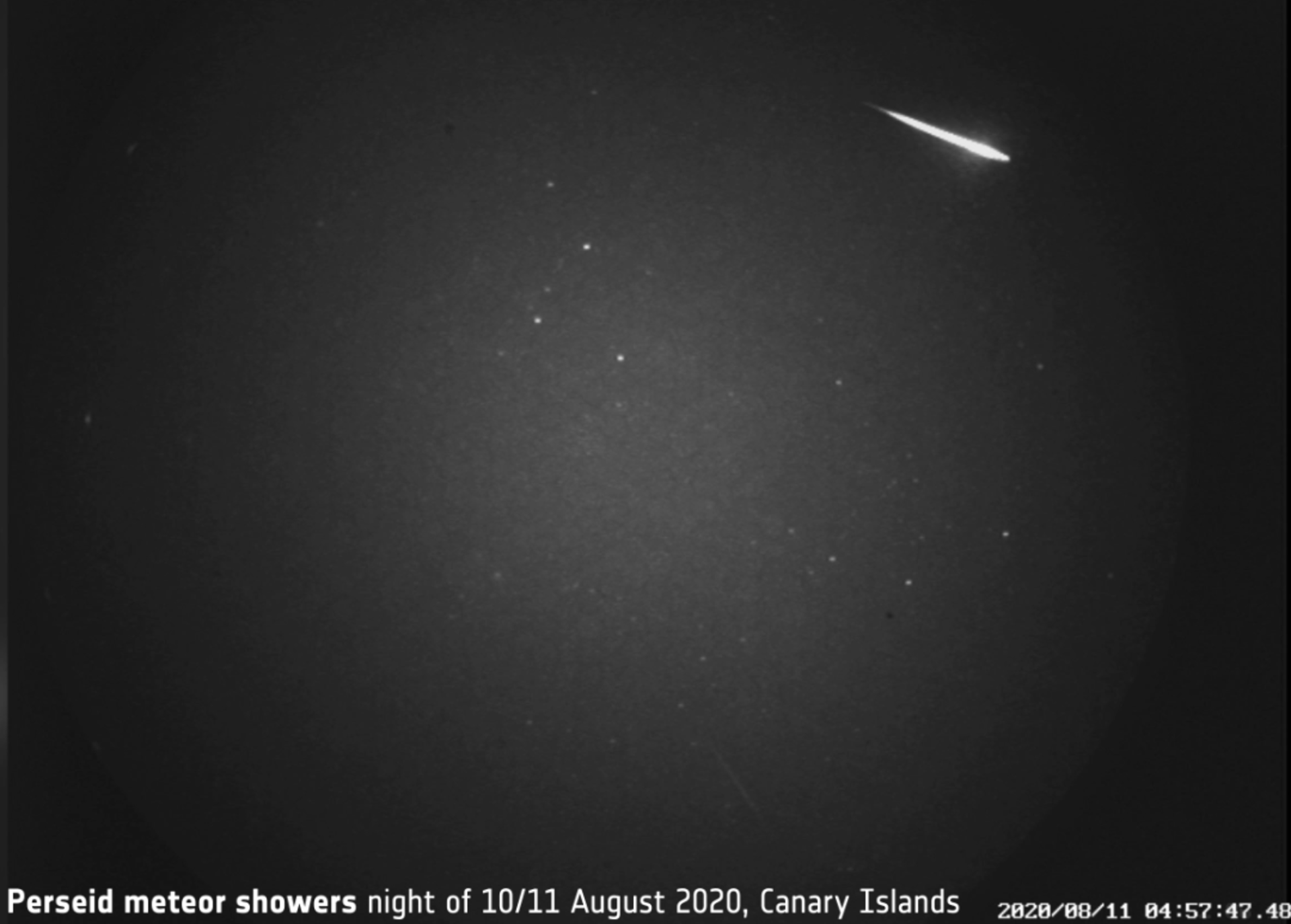 The annual Perseid meteor shower occurs in the months of July and August and peaks around mid-August. The Perseids are among the brightest meteor showers and probably the most popular among amateur observers in the Northern Hemisphere since they can be easily observed thanks to usually favourable weather conditions. In fact, observations of Perseids go back to at least 69 BCE.

The Perseids are named after the constellation Perseus as they appear to be coming from the direction of this constellation.

While the most famous, Perseids are not the most interesting meteor shower for the scientists. For example the Leonids, which occur in mid-November, can cause every approximately 33 years  meteor storms with 1000 meteors crossing the atmosphere every hour.

The Meteor Research Group operates another camera setup on La Palma, monitoring the same volume in the atmosphere. The cameras use the meteor detection software MetRec to record the data.