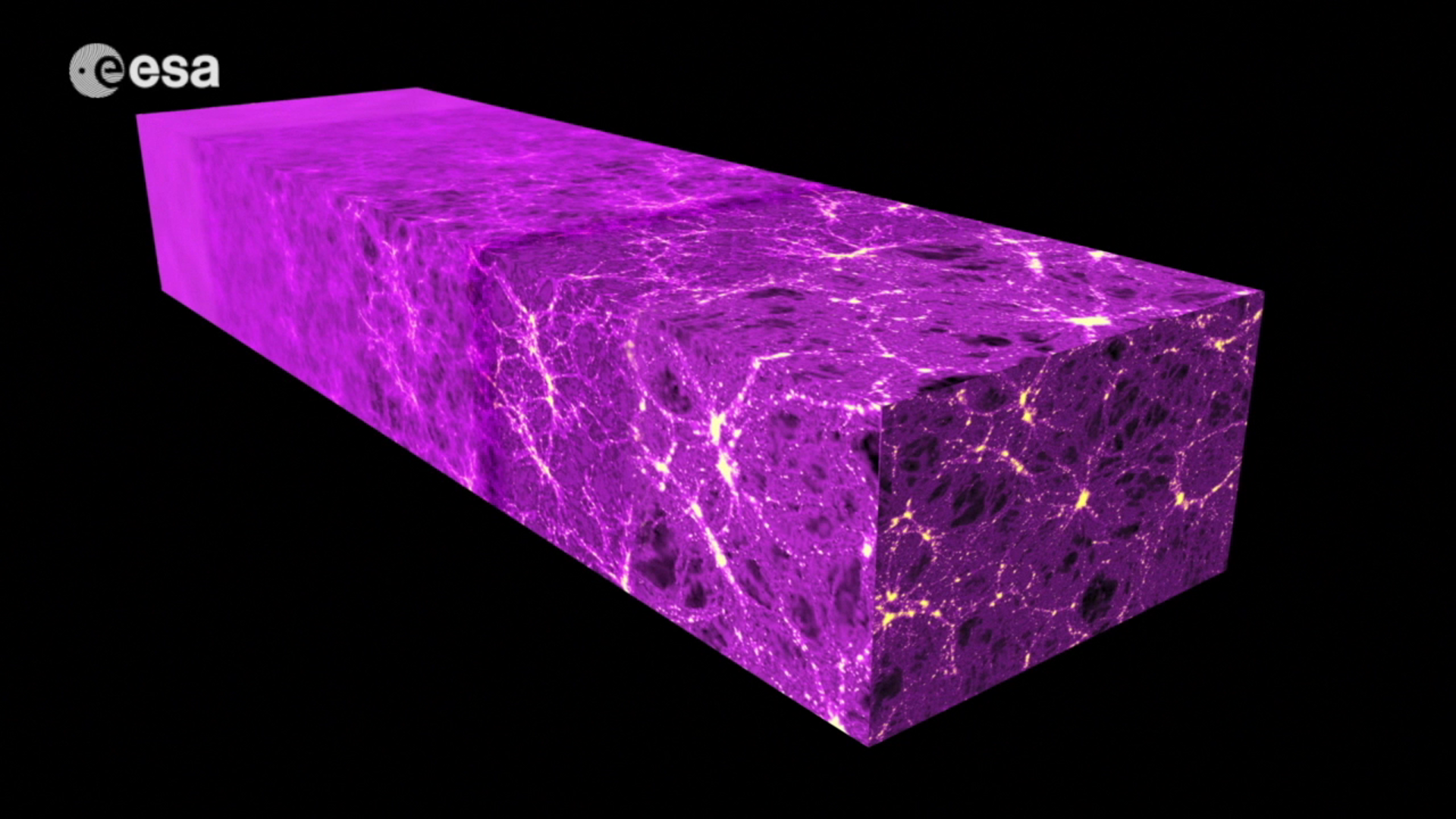 From the tiniest fraction of a second after the Big Bang to the evolution of stars and galaxies over 13.8 billion years, ESA’s Planck space telescope has provided new insight into the history of our Universe. Although science observations are now complete, the legacy of the Planck mission lives on.

Planck was launched in 2009 and spent 4.5 years scanning the sky to study the evolution of cosmic matter over time. Tomorrow, the Low Frequency Instrument will be switched off, having completed its science operations on 3 October.

Planck’s High Frequency Instrument already ended its observations in January 2012, after a total of five all-sky surveys had been completed with both instruments.

With some operational procedures to still take place, the spacecraft will finally be switched off next week.

The most precise view of our Universe

Earlier this year, cosmologists working on the Planck data delivered the most precise image of the cosmic microwave background – CMB, the relic radiation from the Big Bang that was imprinted on the sky when the Universe was only 380 000 years old.

The CMB is the most accurate snapshot of the matter distribution in the early Universe. It shows tiny temperature fluctuations that correspond to regions of slightly different densities at very early times, representing the seeds of all future structure, the stars and galaxies of today.

“Planck has delivered the most precise all-sky image of the CMB that is enabling us to test a huge variety of models of the origin and evolution of the cosmos,” says Jan Tauber, ESA’s Planck project scientist.

“But long and meticulous work was required before we could start exploiting this wealth of cosmological information, since the CMB is hidden behind foreground glare including emissions from material within our own Galaxy, as well as from other galaxies and galaxy clusters.”

For example, Planck has made the most extensive catalogue of the largest galaxy clusters, the most massive building blocks in our Universe. Planck has also identified the densest and coldest clumps of matter in our Galaxy, cool reservoirs of material from which new stars may be born in the future.

But these are only two examples of the wide range of information that the Planck data archive has provided.

Looking beyond the Milky Way and across cosmic history, Planck has redefined the relative proportions of the Universe’s constituent ingredients. Normal matter that makes up stars and galaxies contributes just 4.9% of the mass/energy density of the Universe.

Dark matter, to date detected only indirectly by its gravitational influence on galaxies and galaxy clusters, is found to make up 26.8%, more than previous estimates. Conversely, dark energy, a mysterious force thought to be responsible for accelerating the expansion of the Universe, accounts for 68.3%, less than previously thought.

The data also provided a new value for the age of the Universe: 13.8 billion years.

Clues to the evolution of cosmic matter

During these 13.8 billion years, light from the Big Bang crossing the Universe towards the Earth has encountered and interacted with cosmic structures that have formed since. One type of interaction results in gravitational lensing, the bending of light by massive objects like galaxy clusters.

Just as light rays passing through a glass lens are bent and distort the image behind it, so the deflected CMB photons result in additional tiny distortions in the background CMB pattern. Astronomers were able to extract a map of this gravitational lensing effect covering the whole sky for the first time from the Planck data, providing a new way to probe the evolution of structure in the Universe over time.

Additional insight into the formation of cosmic matter is also provided when the CMB photons encounter hot gas permeating galaxy clusters: the energy of the photons are modified in a characteristic way that allows scientists to identify galaxy clusters in detailed multicolour measurements of the CMB.

Furthermore, this effect provides a way to detect faint filaments of gas that might connect one cluster to another.

In the early Universe, filaments of gaseous matter pervaded the cosmos in a giant web, with clusters eventually forming at the densest nodes. Much of this tenuous, filamentary gas remains undetected, but cosmologists expect that it could be found between interacting galaxy clusters, where the filaments are compressed and heated up, making them easier to spot.

Scientists believe that during inflation, quantum fluctuations should have created a sea of so-called gravitational waves, which would be imprinted in a component of the CMB that is polarised – like the light we can see using polarised glasses.

Finding such a signal in the CMB would provide confirmation of the inflation scenario, but in order to do this, cosmologists must complete an even more accurate removal of complex foreground contaminations that include polarised emission from our own Galaxy.

“We could not be more satisfied with Planck’s performance and the results that it has achieved so far, but we are also eager to see what the polarisation data will tell us – next year will definitely be exciting for Planck,” adds Dr Tauber.

On 21 October, Planck will burn the last of its fuel to ensure its long-term stable parking orbit is maintained. On 23 October, the spacecraft will finally be switched off. News stories will be published on the ESA Portal on both occasions.