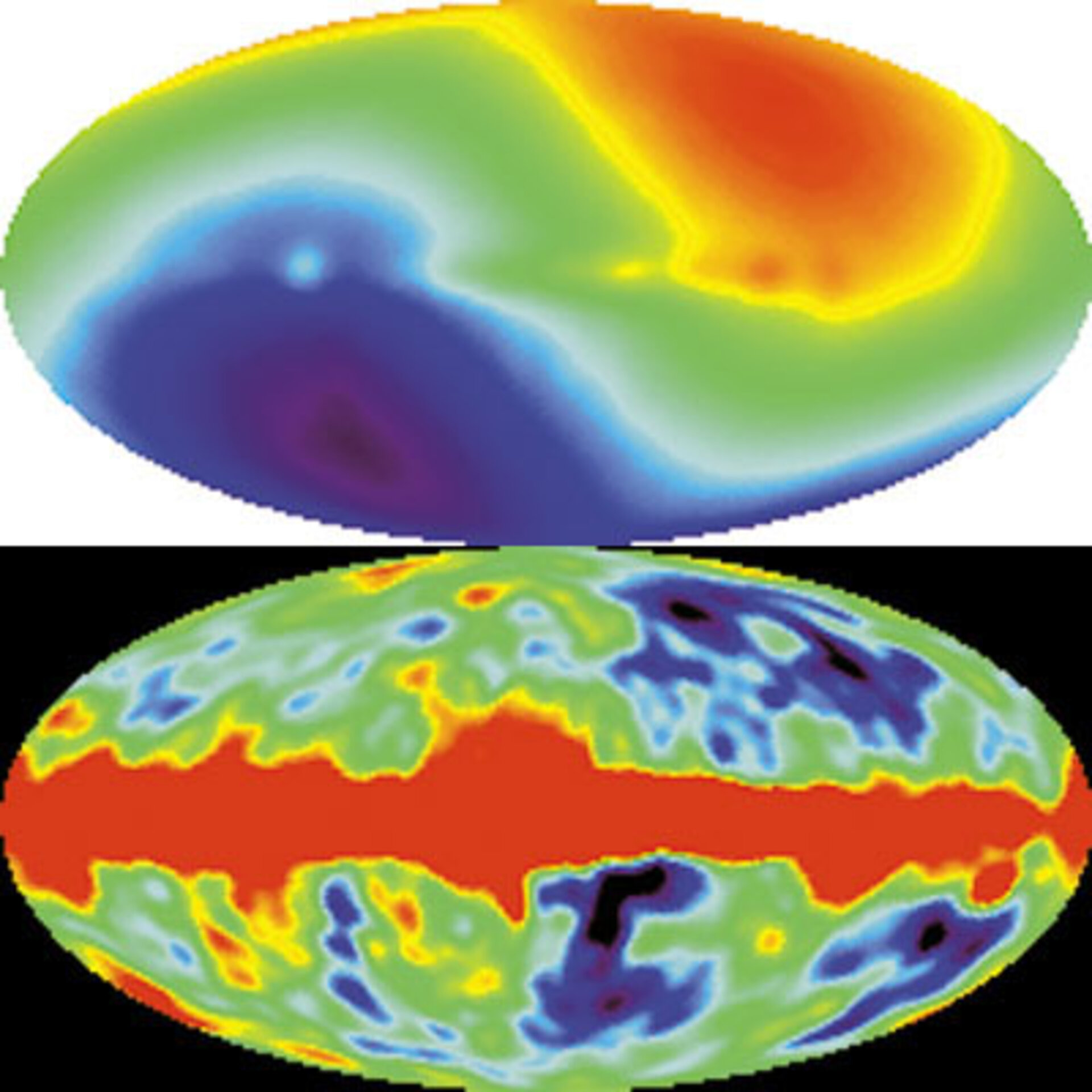 The Cosmic Microwave Background (CMB) was discovered by chance in 1965 by Penzias and Wilson. A number of ground-based observations have been carried out since, but these are limited by atmospheric disturbance and artificial illumination.

In modern cosmology, CMB measurements are one of the major pillars to test theories about the birth and evolution of the Universe — two Nobel prizes have been awarded in this field.

The first space-based measurements of the CMB were carried out with NASA’s Cosmic Background Explorer (COBE) satellite. In 1992, it confirmed for the first time that the temperature of the CMB was not identical all over the sky. The measurements indicated that over angular scales larger than 10o, the CMB temperature varies by about one part in 100 000 from the average value of 2.73K.

In 2003, COBE’s successor, the Wilkinson Microwave Anisotropy Probe (WMAP) dramatically improved the map’s clarity and sharpness. This helped to determine some important characteristics of the Universe such as its age, and the amount of the different types of matter and energy that it contains. It also allowed to discard a few potential theories related to its birth and evolution.

Planck has enormously increased capabilities with respect to its predecessors; they will allow it to distinguish details in the structure of the CMB that have been invisible so far, and bring it into sharp focus. In turn, this implies that the conditions of the Universe close to the Big Bang can be probed more accurately than ever before.

Some of the results obtained by Planck will be definitive: no future experiments will be able to improve on them. The reason is that the radiation emitted by the structures of matter created long after the Big Bang creates a background noise that limits the ability to measure variations in the temperature of the CMB. Planck will reach this natural limit, and will extract all the information that the CMB holds.

Planck’s measurements will provide the necessary foundation to zero in on more accurate theories and perhaps, surprise us with discoveries that may revolutionise the way we see our Universe.