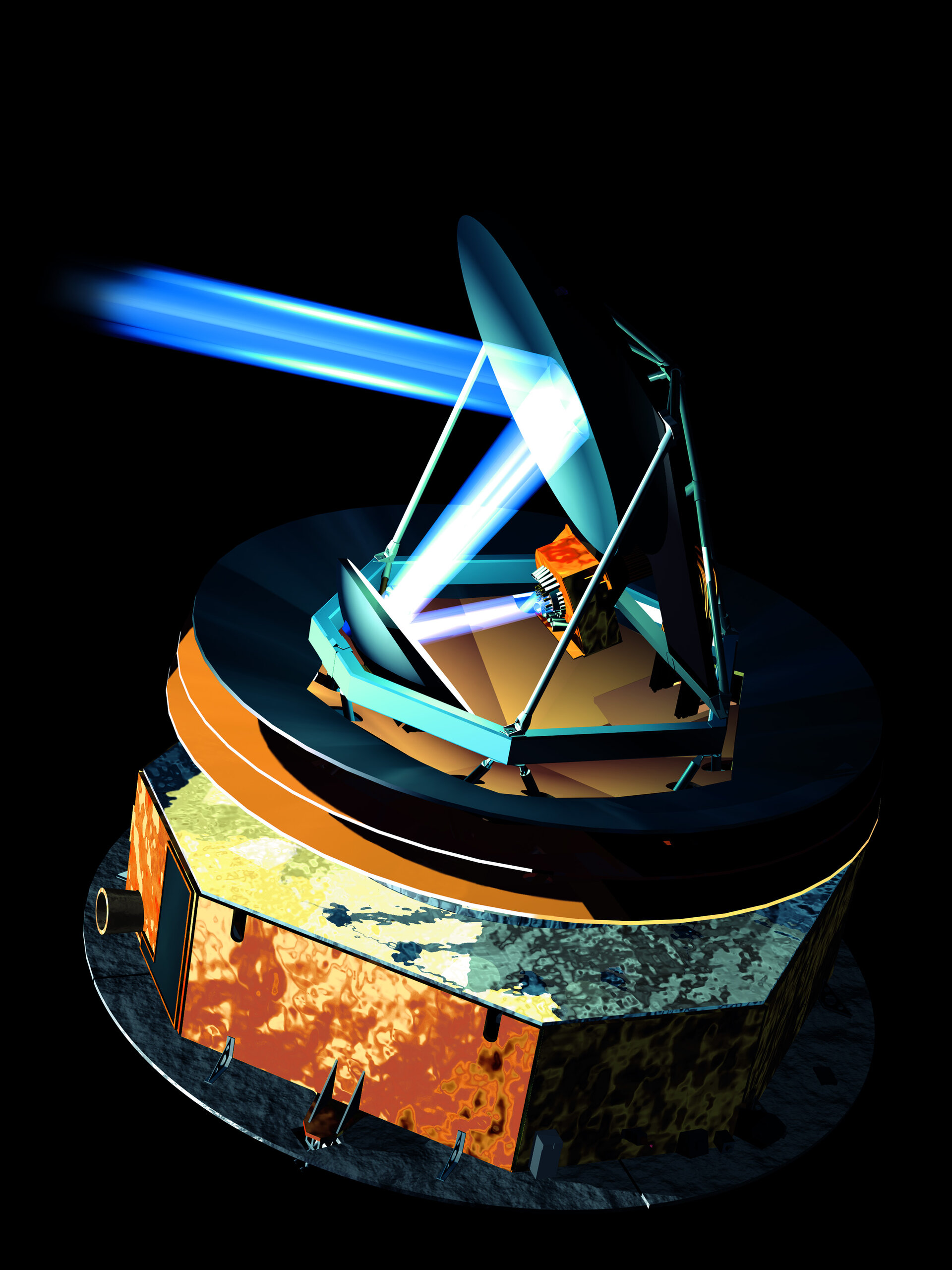 The Universe in microwave wavelengths is a place of unfamiliar brightness. If our eyes could see microwaves, the entire sky would radiate. Most peculiar of all, however, is that the brightness would be the same across the entire sky. Unlike any other waveband, in which diffuse emission is punctuated by bright objects, the entire sky glows uniformly with microwaves.

The astronomers who first detected this microwave 'background' signal were using a special telescope, similar to a radio telescope, and at first thought the all-pervading signal was static caused by a fault in the machinery. It did not vary, regardless of where they pointed the telescope.

The microwave glow is nothing less than the afterglow of the Big Bang, the fireball from which the Universe was created. It is known as the 'Cosmic Microwave Background' (CMB) radiation and was released into space around 12 000 million years ago.

At that moment, it was a searing mass of X-rays and it represents the first light – in the form of X-rays rather than visible light – to be released in the Universe. Since that moment, the constant expansion of the Universe has stretched these rays into the microwaves observed today.

Although the microwave background appeared initially featureless, careful analysis of the radiation has shown that its intensity varies by around 0.0005% from place to place. These tiny variations were caused by slight differences in the density of the hydrogen/helium gas that was spread across the entire Universe at the time the radiation was released. As such, they are the seeds from which galaxies and clusters of galaxies grew. They are the blueprints from which the Universe was made.

ESA's 'first light' mapper Planck will study the microwave Universe, making the most precise map ever of this cosmic blueprint. Planck’s investigations are also designed to give scientists new insight into the force of gravity and how it relates to the other forces in the Universe.