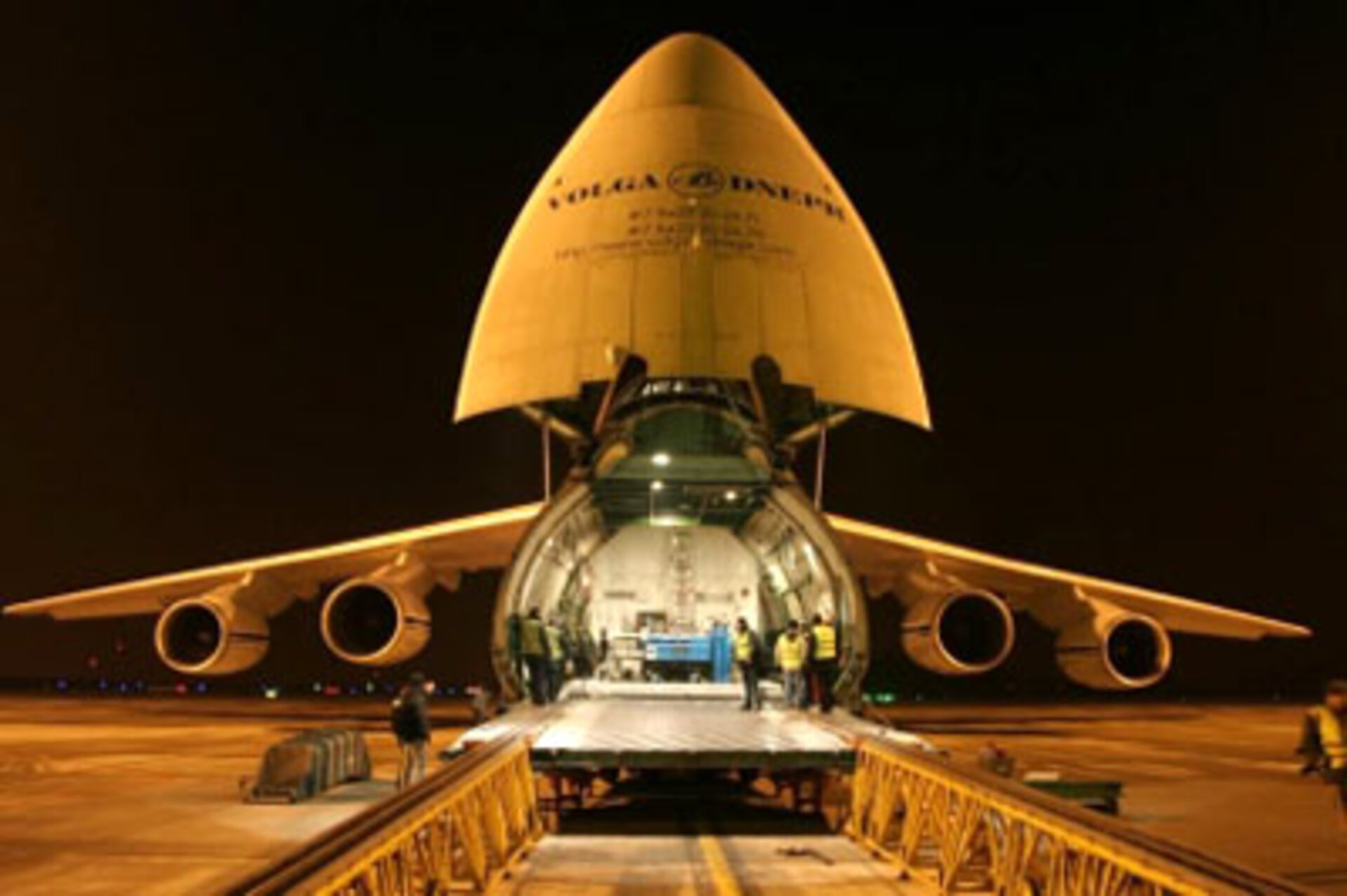 Planck, ESA’s microwave observatory that will study the relic radiation of the Big Bang, was shipped from Liège, Belgium, to Europe’s Spaceport in Kourou, French Guiana, on 18 February. The spacecraft is scheduled to be launched in tandem with ESA’s Herschel infrared observatory on 16 April.

The spacecraft took off from Liège airport on board an Antonov cargo plane early in the morning on 18 February and arrived at its destination that evening. This follows the earlier shipment of its sister spacecraft Herschel, which left for Kourou on 11 February.

Before it was shipped, Planck successfully underwent a thorough test campaign at the Centre Spatial Liège. The spacecraft was subjected to environmental tests that simulated the conditions of space and tested its cooling system.

Now the launch campaign for both Herschel and Planck has officially begun in Kourou. The campaign involves teams of engineers and scientists from ESA, industry (led by prime contractor Thales Alenia Space France), science institutes, and Arianespace.

Like Herschel, Planck will undergo functional tests in the first phase of the campaign, to verify its health after transportation.

The second phase of the campaign involves the delicate operation of fuelling the hydrazine tanks — which will provide the fuel necessary for the spacecraft to manoeuvre in space — and to fill the helium tanks, part of the sophisticated cooling system that will keep Planck’s instruments at temperatures close to absolute zero during operation.

The third phase is the integration of the Herschel and Planck satellites with the Ariane 5 launcher that will carry them into space.