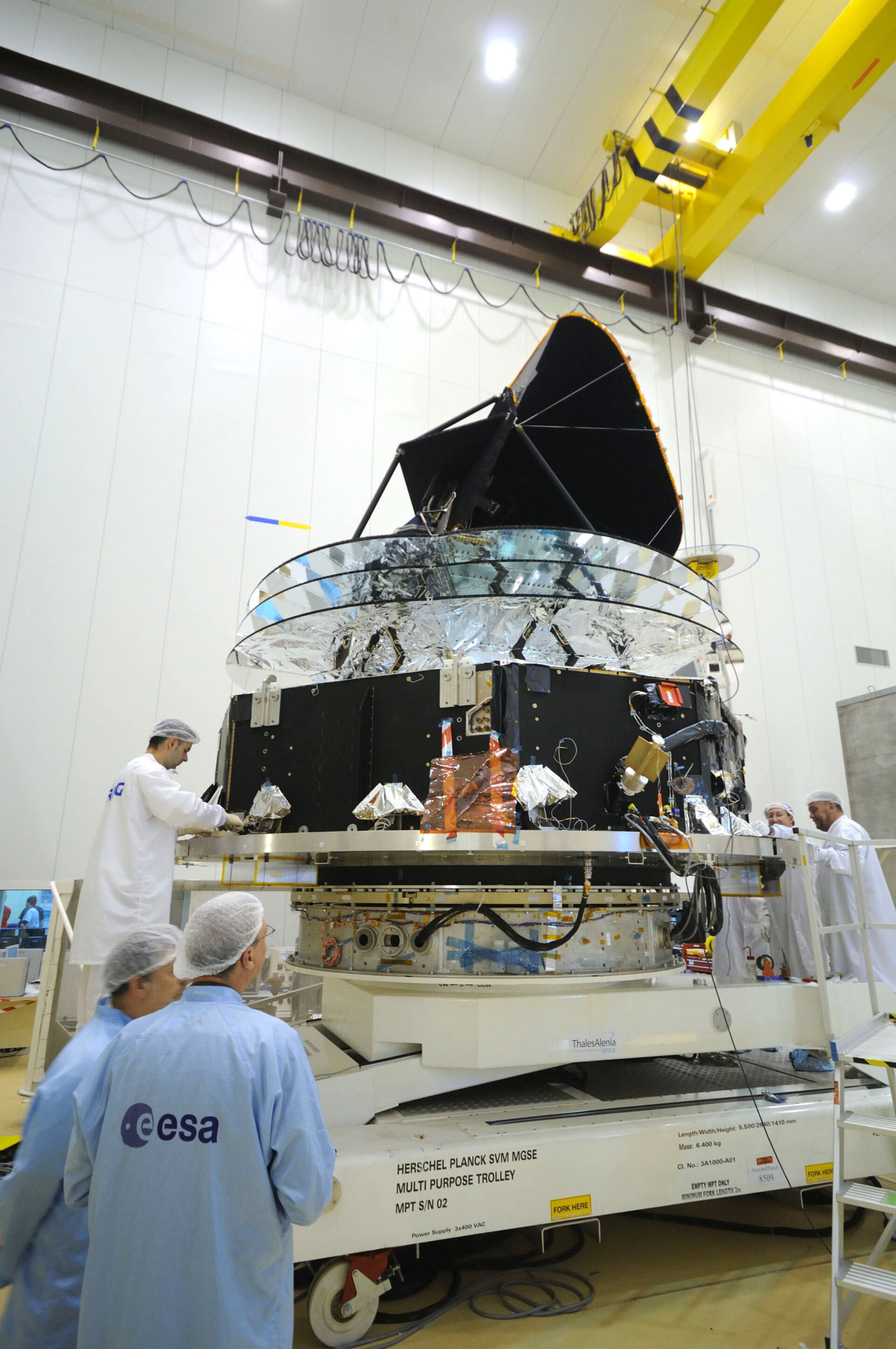 Over the past few weeks, the upper part of Planck’s outer solar array has been covered with multi-layer insulation, the satellite has been prepared for upcoming helium filling operations, several sub-system functional tests have been carried out and it has undergone final cleaning before launch.

On Wednesday 4 March, multi-layer insulation (MLI) was fitted on the upper part of the outer solar array at the base of the service module. After this, both the insulation and the solar array underwent a final round of inspection.

Both helium isotopes are stored under very high pressure in special tanks and the helium is depleted slowly during the mission. The supply cylinders containing the pressurised helium were inspected and filling activities started on Monday 9 March.

On 6 March, the satellite was given a final cleaning before launch using a special vacuum cleaner. The satellite’s surface was inspected under ultraviolet light to detect dust particles that fluoresce in the ultraviolet.