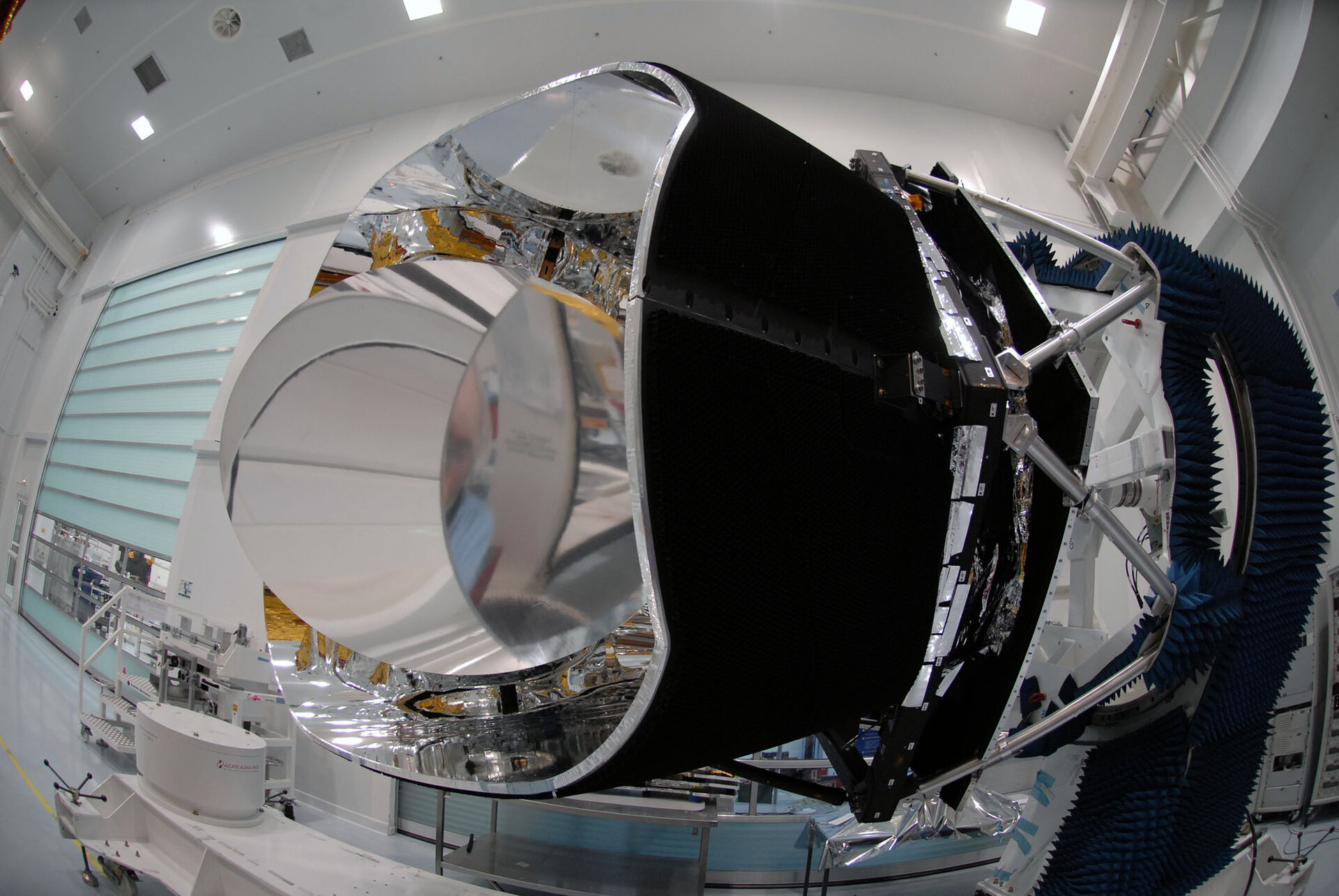 Today, ESA's Planck satellite was on display for media gathered in Cannes. The press event took place by the facility of Alcatel Alenia Space, Prime Contractor for building the satellite. Special guest was George Smoot, Nobel Prize for Physics in 2006 for his research on the Cosmic Microwave background.

The press event was marked by the special participation of George F.Smoot (Lawrence Berkeley National Laboratory, University of California, USA), Nobel prize for Physics in 2006 together with John C. Mather (NASA), for their discovery of the blackbody form and anisotropy of the Cosmic Background Radiation – Planck's object of study.

Planck is Europe's first mission to study the relic radiation from the Big Bang. Ever since the detection of small fluctuations in the temperature of this radiation, announced in late 1992, astronomers have used the fluctuations to understand both the origin of the Universe and the formation of galaxies.

A video-interview with George Smoot, commenting on the science to be performed by Planck, can be viewed by clicking here (video part 1, video part 2).

The beauty of Planck, a true technology jewel designed to survive in cold space and operate at temperatures close to absolute zero (-273.15°C), can be admired in the photos below.

By the end of February, Planck will have completed its integration. Between that moment and Planck's launch in mid-2008, there remain a number of important, additional milestones. For example, the entire spacecraft must be tested at a special cryogenic facility built at the Centre Spatial de Liège, Université de Liège, Belgium.

The test is necessary because the instruments must be operated at extremely cold temperatures," says Thomas Passvogel, ESA Project Manager for Herschel and Planck. "In the case of HFI, the operating temperature is just one tenth of a degree above absolute zero."

On launch day itself, Planck will be lofted into space by an Ariane-5 rocket from Europe's spaceport in Kourou, French Guiana. Inside the nose cone, Planck will be keeping company with ESA's Herschel infrared space telescope. With a 3.5 metre mirror, Herschel will be the orbiting telescope with the largest mirror ever deployed in space. Together Planck and Herschel will survey the cold Universe. Instead of looking for the formation of the Universe, however, Herschel's primary mission will be to see the formation of stars and galaxies.