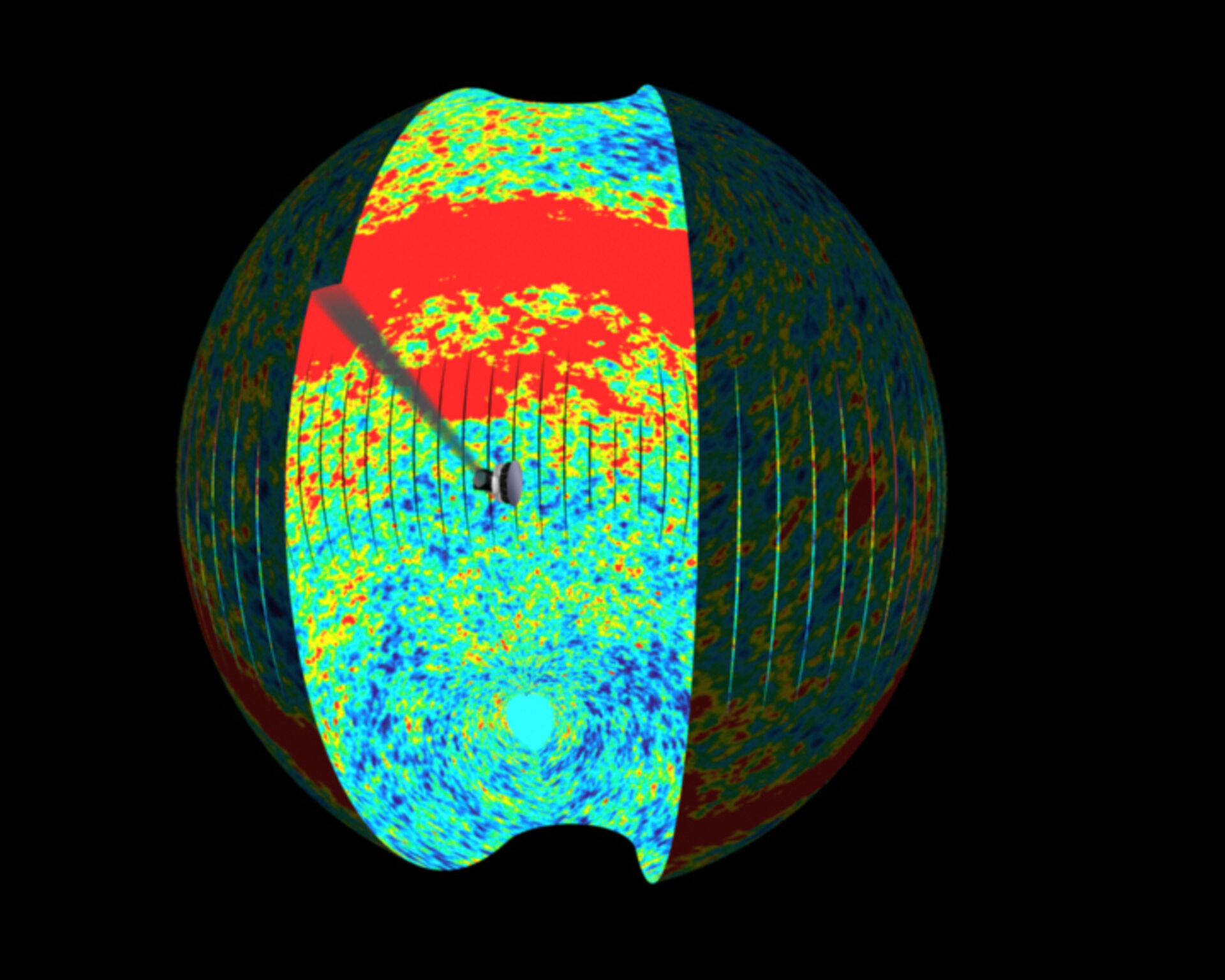 With ESA’s Planck microwave observatory in its final phases of development, mission scientists are stepping up their activity ready to exploit the mission once it is in orbit.

Scheduled for launch next year, Planck will survey the Universe at microwave wavelengths, making the most precise study yet of the ‘echo’ of the Big Bang.

About 250 scientists of the ‘Planck Consortium’, are gathering this week in the Pierre Baudis Congress Centre, Toulouse, France, for their yearly meeting. This year’s meeting is special, however, since it is likely to be the last before the launch in 2008. It is focussing on the science that Planck will perform. "We have all the proposals for scientific activity in and now we will begin to discuss their practical implementation,’ says Jan Tauber", ESA Planck Project Scientist.

Planck is designed to study the Cosmic Microwave Background radiation. Referred to by some as the echo of the Big Bang, the detection of this radiation ranks as one of the greatest triumphs of twentieth century science. It is a universal bath of microwaves that strongly supports the idea that the cosmos began with a ‘big bang’ of some sort. By studying the background radiation, astronomers can determine information about the conditions in the Universe shortly after this Big Bang.

Using the subtle variations of temperature in the microwave background, scientists are able to ascertain the initial conditions from which the galaxies grew. The detection of these ripples in the early 1990s by NASA’s Cosmic Background Explorer (COBE) satellite led to the 2006 Nobel Prize for Physics being awarded to astrophysicists George Smoot and John Mather.

NASA’s Wilkinson Microwave Anisotropy Probe (WMAP) took the study of these ripples further and now the world’s astronomical community is ready to take the next step. “People are becoming quite excited about the mission; the interest is noticeably building as we come closer to launch,” says Tauber.

Planck carries a 1.5-metre telescope that feeds two instruments. The Low Frequency Instrument (LFI) is a collection of 22 radio receivers that will be operated at –253°C. These receivers will detect microwaves at three frequencies between 30 and 70 GigaHertz. The High Frequency Instrument (HFI) is an array of 52 detectors that convert the radiation to heat, which is then measured by a tiny electrical thermometer. The array will detect six frequencies between 100 and 857 GigaHertz and will be operated at just one tenth of one degree above absolute zero (-273.15 °C).

Planck’s measurement of the microwave background radiation will be so precise that astronomers will be able to measure the curvature, the expansion rate, and other fundamental parameters of the Universe to an accuracy of a few percent. These parameters allow us to understand the main constituents of the Universe with unprecedented precision. Planck will also be able to distinguish the regions in the microwave background that evolved into individual filaments of galaxies visible today.

One of the key discussion topics for the meeting is how to manage the many and various science topics that Planck will address. “This is the first meeting where we will be looking in detail at all the intertwined scientific activities that we must carry out during the mission,” says Tauber.

In 2008, the final preparations for the launch of Planck will commence. Then, once Planck is safely in space and the science phase starts, the hard work will truly begin.