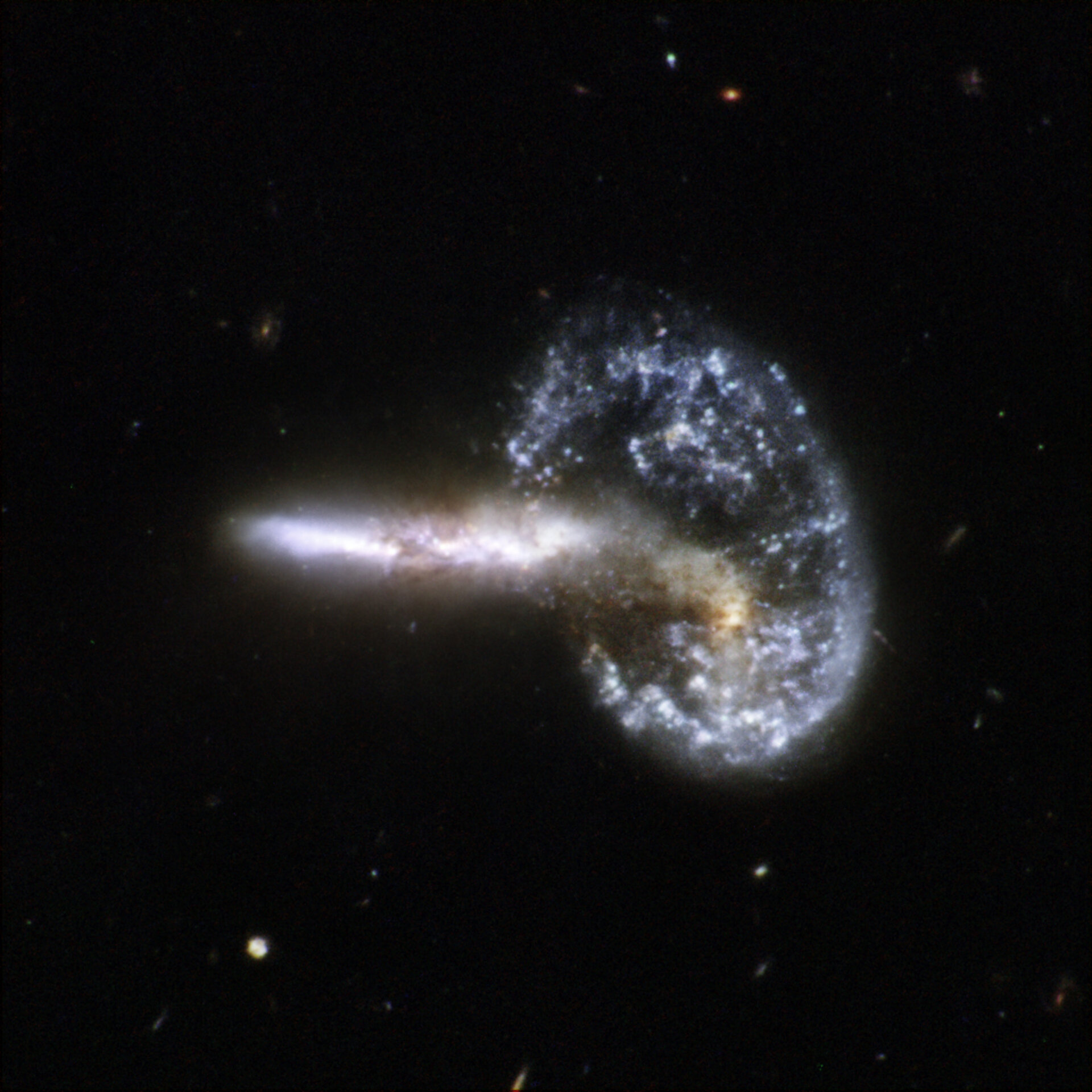 Interacting galaxies are found throughout the universe, sometimes dramatic collisions that trigger bursts of star formation, on other occasions as stealthy mergers that form new galaxies.

A series of 59 new images of colliding galaxies, the largest collection ever published simultaneously, has been released from archived raw Hubble images to mark the 18th anniversary of the telescope’s launch.

Galaxy mergers, which were more common in the early universe than they are today, are thought to be one of the main driving forces for cosmic evolution, turning on quasars, sparking frenetic star births and explosive stellar deaths.

Even apparently isolated galaxies will show signs in their internal structure that they have experienced one or more mergers in their past. Each of the various merging galaxies in this series of images is a snapshot of a different instant in the long interaction process.

The full release is available on ESA's Science and Technology pages along with the Hubble atlas of interacting galaxies.

Acknowledgements for the entire photo release: