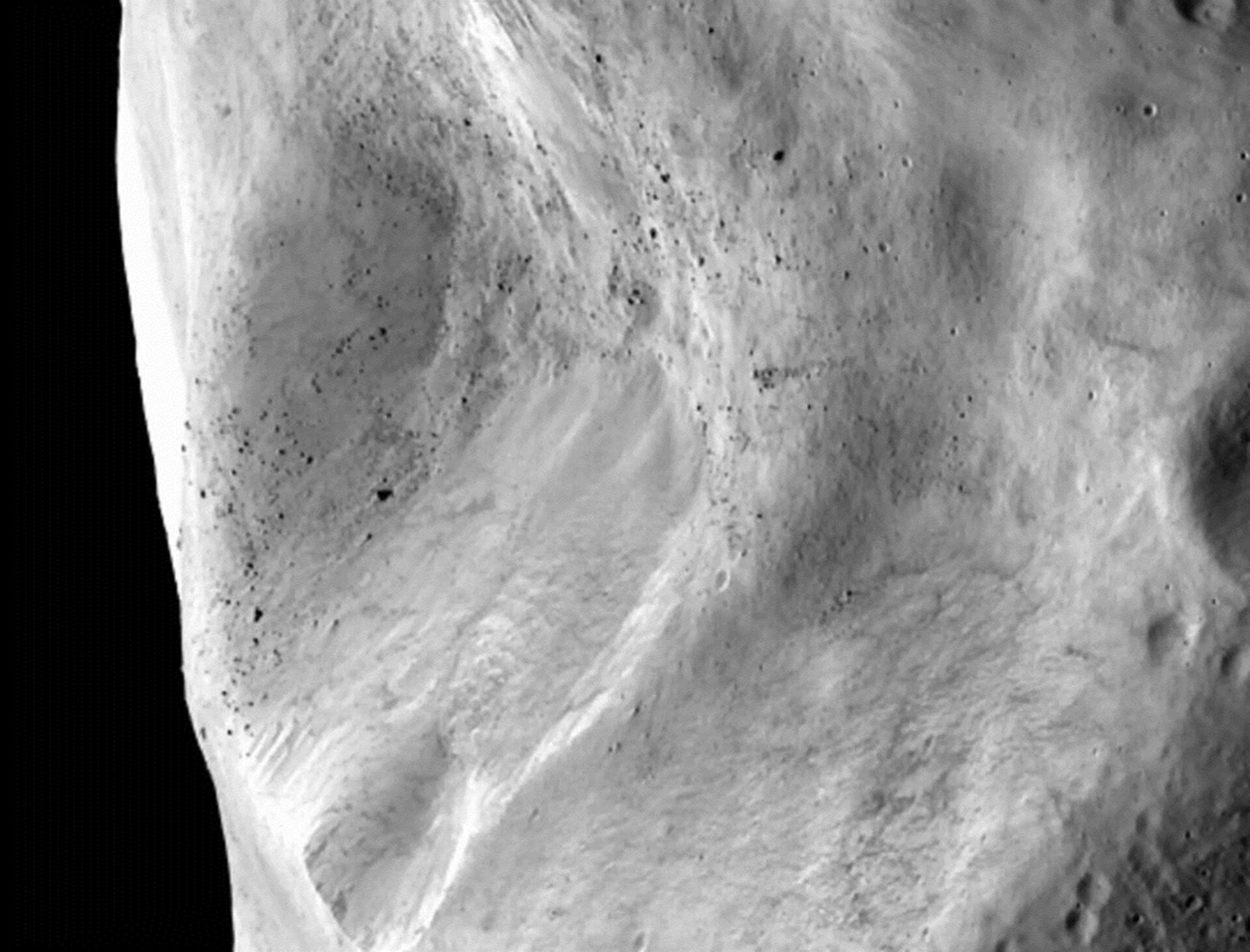 ESA's Rosetta spacecraft has revealed asteroid Lutetia to be a primitive body, left over as the planets were forming in our Solar System. Results from Rosetta's fleeting flyby also suggest that this mini-world tried to grow a metal heart.

Rosetta flew past Lutetia on 10 July 2010 at a speed of 54 000 km/hr and a closest distance of 3170 km. At the time, the 130 km-long asteroid was the largest encountered by a spacecraft. Since then, scientists have been analysing the data taken during the brief encounter.

All previous flybys went past objects, which were fragments of once-larger bodies. However, during the encounter, scientists speculated that Lutetia might be an older, primitive 'mini-world'.

Now they are much more certain. Images from the OSIRIS camera reveal that parts of Lutetia's surface are around 3.6 billion years old. Other parts are young by astronomical standards, at 50–80 million years old.

Astronomers estimate the age of airless planets, moons, and asteroids by counting craters. Each bowl-shaped depression on the surface is made by an impact. The older the surface, the more impacts it will have accumulated. Some parts of Lutetia are heavily cratered, implying that it is very old.

On the other hand, the youngest areas of Lutetia are landslides, probably triggered by the vibrations from particularly jarring nearby impacts.

Debris resulting from these many impacts now lies across the surface as a 1 km-thick layer of pulverised rock.

There are also boulders strewn across the surface: some are 300–400 m across, or about half the size of Ayers Rock, in Australia.

Some impacts must have been so large that they broke off whole chunks of Lutetia, gradually sculpting it into the battered wreck we see today.

"We don't think Lutetia was born looking like this," says Holger Sierks, Max-Planck-Institut für Sonnensystemforschung, Lindau, Germany. "It was probably round when it formed."

Rosetta's VIRTIS spectrometer found that Lutetia's composition is remarkably uniform across all the observed regions.

"It is striking that an object of this size can bear scars of events so different in age across its surface while not showing any sign of surface compositional variation," says Fabrizio Capaccioni, INAF, Rome, Italy.

This is just the start of the mystery.