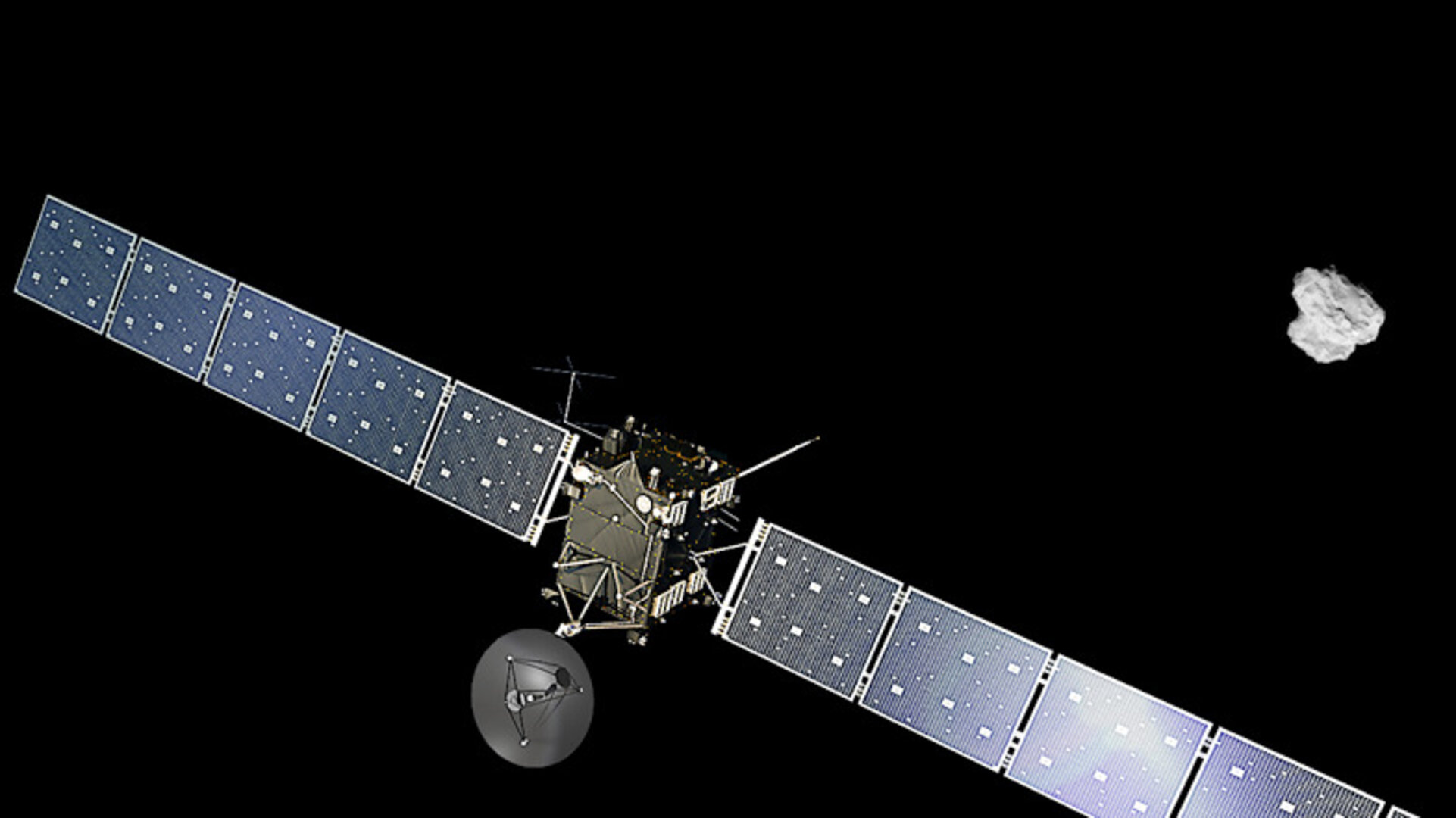 The most difficult phase of the Rosetta mission was the final rendezvous with the fast-moving comet. After the braking manoeuvres in May–August 2014, the priority was to edge closer to the nucleus, starting from about 100 km at arrival on 6 August.

Since that took place before Rosetta's cameras had imaged the comet in any great detail, accurate calculations of Comet 67P/Churyumov-Gerasimenko's orbit, based on ground-based observations, were essential. The first spacecraft images subsequently improved the calculations of the comet’s position and orbit, as well as its size, shape and rotation.

The spacecraft woke up from deep space hibernation on 20 January 2014 on the final approach to the comet. Starting in May, a series of manouevres were carried out to slow the craft's speed with respect to the comet by about 2800 km/h, or 775 m/s, to ensure its arrival on 6 August. The goal was to match the pace of the comet and travel alongside it to within just 1 m/s between them, roughly equivalent to a walking pace.

Comet mapping and characterisation (from August 2014)

From 100 km, Rosetta could start to map major landmarks and determine other characteristics such as the comet's spin-axis orientation and angular velocity.

From these early images candidate landing sites had to be chosen and assessed.

In September Rosetta entered into a mapping orbit at about 30 km altitude, gradually reaching 10 km for high-resolution study of the surface.

Once a suitable landing site was chosen, the lander was released from a height of about 20 km. Touchdown took place at walking speed — less than one metre per second. Although the lander bounced from its primary landing site, it was still able to send back high-resolution pictures and other information on the nature of the comet.

The data were relayed to the orbiter, which stored them for transmission back to Earth during periods of contact with a ground station.

Rosetta continued to follow Comet 67P/Churyumov-Gerasimenko for about two years, studying it from a range of distances. The comet reached perihelion – the closest point to the Sun along its orbit – in August 2015, and Rosetta observed what happens to the comet's activity before and after.

During the most active periods, the spacecraft had to be kept several hundred kilometres from the comet, to avoid dangers from the dust and gas flowing from the active nucleus.

The Rosetta mission concluded on 30 September 2016, with a controlled touchdown of the spacecraft onto the comet surface. The spacecraft continued to return data and image the surface in the highest resolution possible until communications ceased.