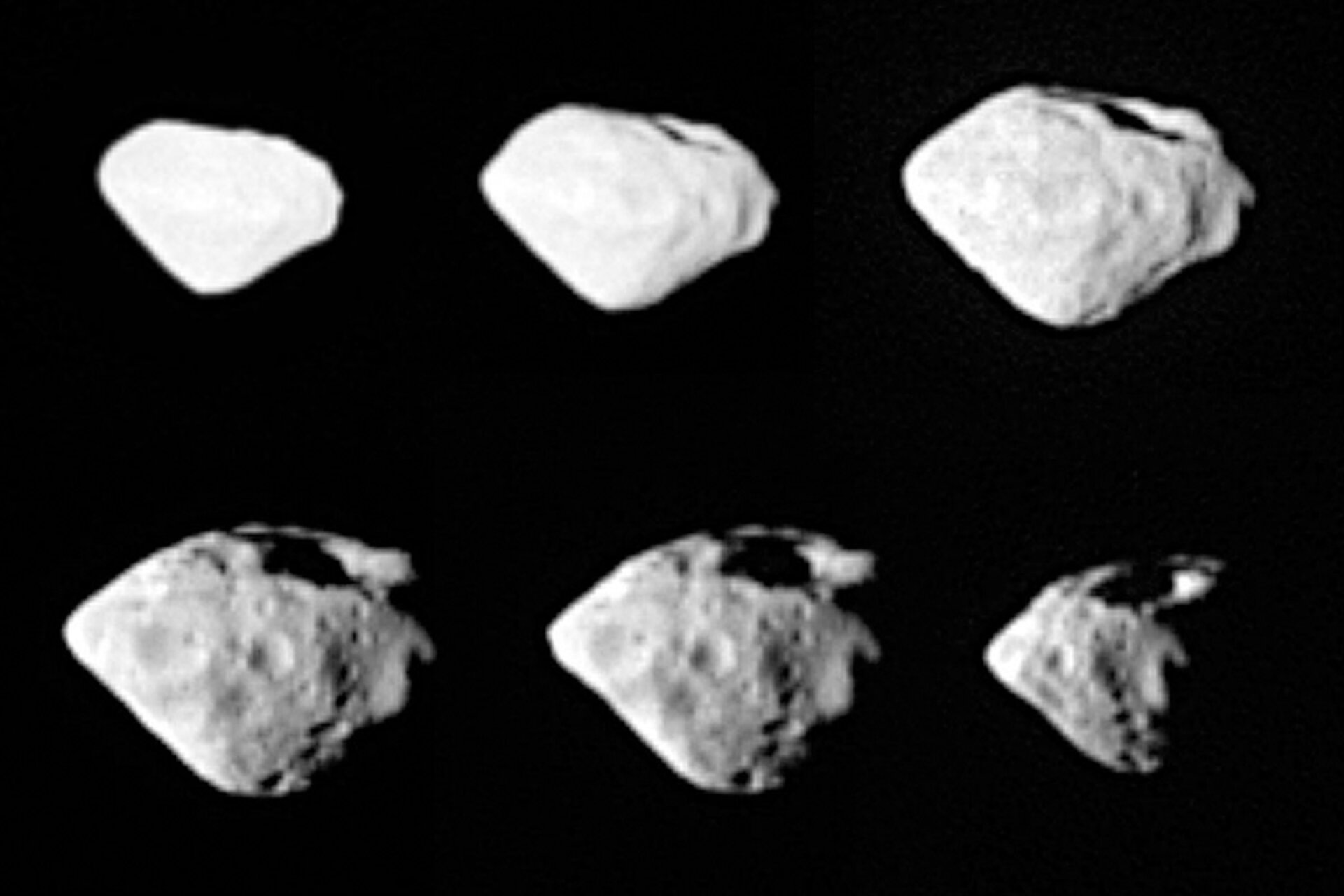 Our tiny corner of the Universe – the Solar System – is home to one star, eight planets and dozens of planetary satellites. It also contains countless asteroids and comets – the debris of the cosmic construction site that created the planets and their moons.

The majority of Solar System asteroids populate the main asteroid belt, lying between the orbit of Mars and Jupiter. However, asteroids can also be found wandering in other areas of the Solar System, sometimes in the vicinity of planets.

On its journey to Comet 67P/Churyumov-Gerasimenko Rosetta also flew by two asteroids at close quarters so that scientists could gain new insights into the events that took place 4600 million years ago, during the birth of the Earth and its planetary neighbours.

It journeyed through the main asteroid belt and obtained a wealth of science data as it flew past the two asteroids:

Asteroids are very different in shape and size (ranging from a few kilometres to more than 100 kilometres), as well as in their composition. Rosetta provided information on the mass and density of the asteroids, telling us more about their bulk composition. It also measured their subsurface temperature and looked for gases and dust around them.

In addition to these major types there are several less common types of asteroids.

Steins is an E-type asteroid, which is defined by a high albedo and a featureless spectrum. They resemble the characteristics of the Aubrite meteorites and are believed to have suffered at least partial melting. Steins therefore may be a fragment of a larger asteroid that fragmented a long time ago.