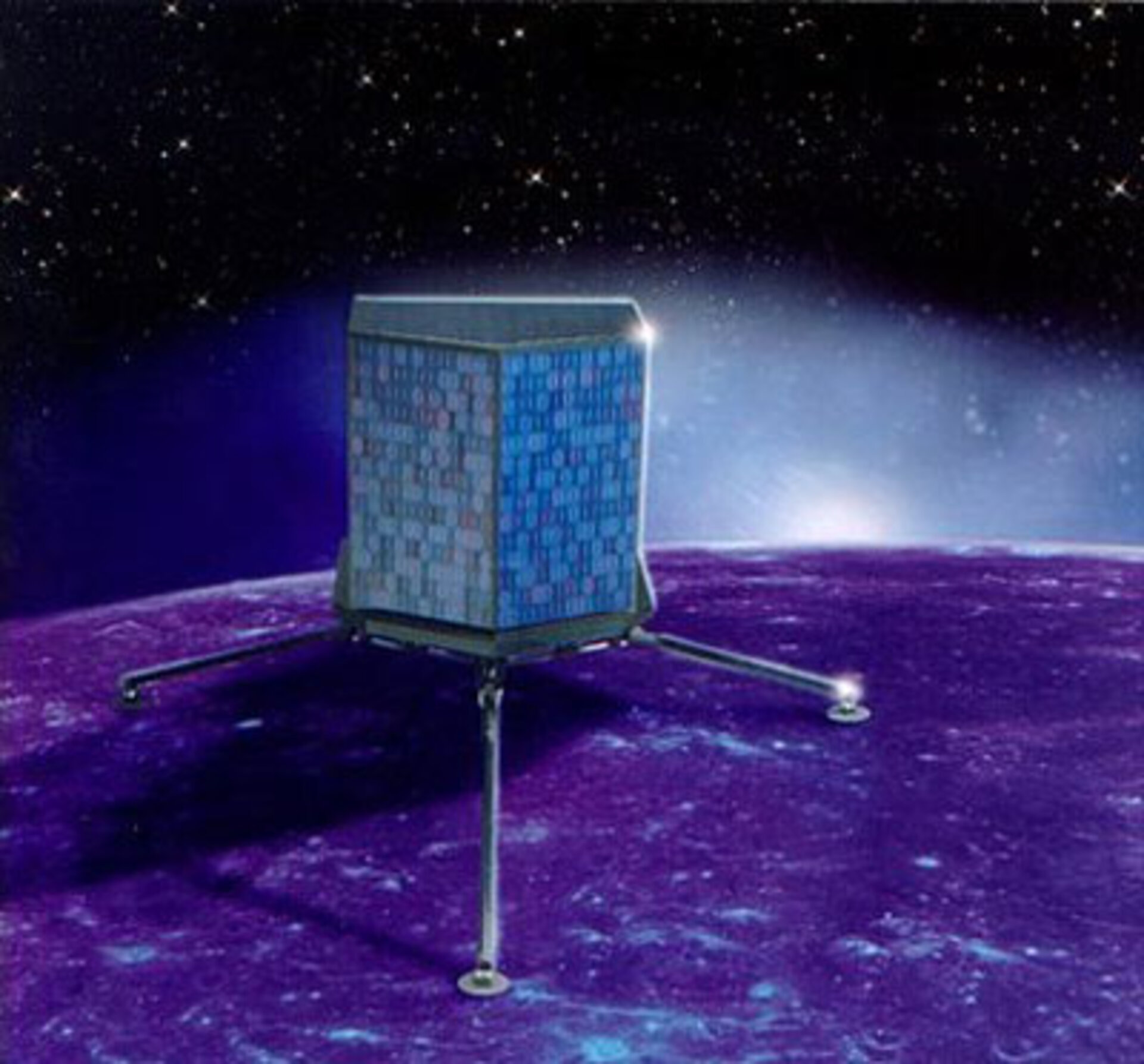 INFO 04-2004. The European Space Agency’s Rosetta mission gets underway next week. The Rosetta spacecraft will be pairing up with Comet 67P/Churyumov-Gerasimenko and accompanying it on its journey, investigating the comet’s composition and the dynamic processes at work as it flies sunwards.

The spacecraft will even deposit a lander on the comet. "This will be our first direct contact with the surface of a comet," said Dr Manfred Warhaut, Operations Manager for the Rosetta mission at ESA's European Space Operations Centre (ESOC) in Darmstadt, Germany.

The trip is certainly not short: Rosetta will need ten years just to reach the comet. This places extreme demands on its hardware; when the probe meets up with the comet, all instruments must be fully operational, especially since it will have been in 'hibernation' for two and a half years of its journey. During this ‘big sleep’, all systems, scientific instruments included, are turned off. Only the on-board computer remains active.

Rosetta’s hardware fits into a sort of aluminium box measuring just 12 cubic metres. The scientific payload is mounted in the upper part, while the subsystems - on-board computer, transmitter and propulsion system - are housed below. The lander is fixed to the opposite side of the probe from the steerable antenna. As the spacecraft orbits the comet, the scientific instruments will at all times be pointed towards its surface; the antenna and solar panels will point towards the Earth and Sun respectively.

For trajectory and attitude control and for the major braking manœuvres, Rosetta is equipped with 24 thrusters each delivering 10 N. That corresponds to the force needed here on Earth to hold a bag containing 10 apples. Rosetta sets off with 1650 kg of propellant on board, accounting for more than half its mass at lift-off.

Just 20% of total mass is available for scientific purposes. So when developing the research instruments the same rule applied as for supermodels: make every gram count. The calculation seems to have worked out right: the main probe will be carrying 11 scientific instruments and the Rosetta lander a further ten. They will analyse the composition and structure of the comet’s nucleus and study its interaction with the solar wind and the interplanetary plasma.

“To provide the probe with the power it needs in space, we have given it the biggest solar panels ever carried by a European satellite,” Manfred Warhaut explained. “ These cells are its only source of electricity.” They span 32 metres tip to tip while, at 64 m2 the surface area is comparable to that of a two-bedroom flat. The panels may be rotated through 180° to catch the maximum amount of sunlight.

These dimensions are also essential because when Rosetta meets Churyumov-Gerasimenko it will be 675 million kilometres away from the Sun. At that distance solar radiation is very weak and the solar collectors will supply only 440 W of power - compared with 8000 W towards the end of the mission when the two companions come closest to the Sun (at some 150 million kilometres from our star distance). “The probe is also equipped with a set of four 10-amp-hour batteries to maintain power supply while Rosetta flies in the shadow of the comet.”

Rosetta lander - standing on its own three legs

The Rosetta lander is another of the mission’s technical highlights. Using its scientific instruments, its job will be to investigate the comet’s surface on location. Thanks to a mechanical arm, the lander will operate in a two-metre radius.

The soft landing is a particular problem given the extremely weak gravitational force exerted by the very small comet nucleus; the lander, weighing in at 100 kg on Earth, will on the comet be as light as a sheet of paper . If there were the slightest recoil, it would bounce back uncontrollably like a rubber ball. To make sure this doesn’t happen, the lander’s three legs are equipped with special shock-absorbers which take up most of the kinetic energy. The legs are also fitted with ice pitons; these bore into the ground immediately on touchdown.

At the same moment, the lander fires a harpoon to anchor it to the ground - an opportunity also to investigate the mechanical properties of the surface. “If everything goes according to plan, the mission results could well fundamentally expand our knowledge of comets, just as the Rosetta Stone, after which the probe is named, helped unravel the mystery of Egyptian hieroglyphics,” said Manfred Warhaut.