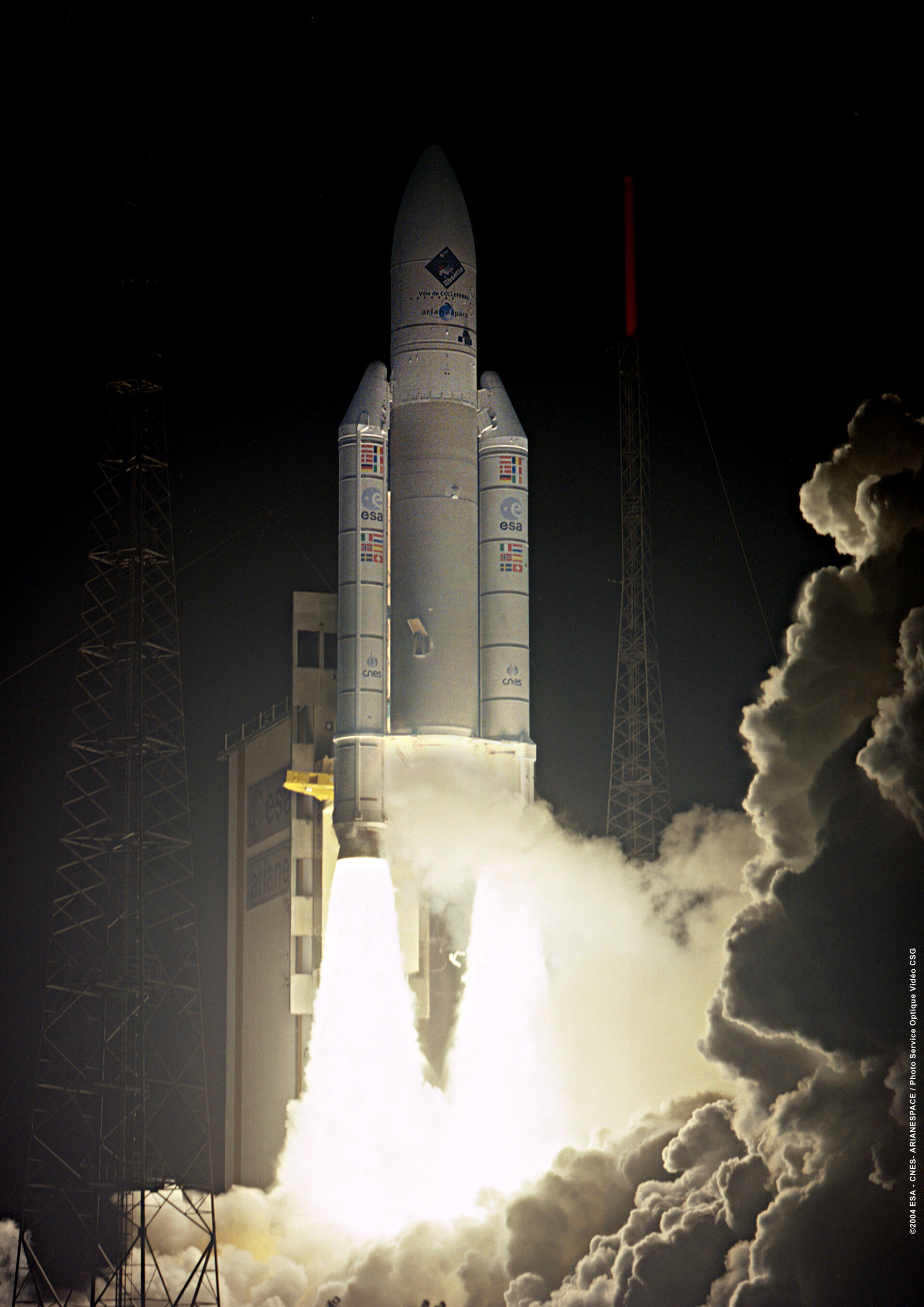 Ten years in development and a one-year launch postponement is a long time, and certainly long enough to start a family...

In Rosetta’s case, one brother has already left home, and younger sister is soon to be born.

When Rosetta lifted off on 2 March 2004, no one watching could have done so without feeling just a little tension.

Rosetta cost around one thousand million Euros and was at its most vulnerable in those minutes and hours following launch.

This is not the most costly space mission ever launched, but a thousand million Euros is still a lot of money. That is why, in 1996, the challenge was set to develop a mission to re-use the Rosetta technology and expertise to send the most cost-efficient spacecraft to Mars, all in the shortest time possible.

Rosetta’s brother, Mars Express, was conceived on 30 March 1999. The contract was signed and in February of the following year, construction began. The spacecraft launched in June 2003 and is now in orbit around Mars, collecting fantastic scientific data.

The success of Mars Express benefited a lot from the development work ESA and its industrial partners performed on Rosetta. However, Rosetta’s year-long delay did cause a few uncertain moments for Mars Express.

Rosetta should have been the first flight of the critical ‘core units’ of this type of spacecraft. When it was delayed, the Mars Express team had no rehearsals for learning how to fly Mars Express and had to gain their own experience.

They had to learn everything they needed to know about the way Mars Express handled during the six short months between launch and the critical orbit insertion. In the event, the orbit insertion was perfect.

In March 2001, ESA began to develop a second spin-off mission, Rosetta’s sister, Venus Express. The go-ahead was given in November 2002 and the mission will launch in 2005. Venus Express may become the record holder for speed from contract to launch.

Mars Express and Venus Express started out as exceptions but it is likely that in the future we will see more large missions with sophisticated technology giving birth to smaller ones.

Indeed, when BepiColombo launches to Mercury around 2012, ESA plan to spin off another mission to re-use that technology. Solar Orbiter will be Bepi-Colombo’s younger brother and will take the closest ever look at the Sun.

With this approach, ESA Science plan to squeeze every possible drop of science from every single Euro spent.