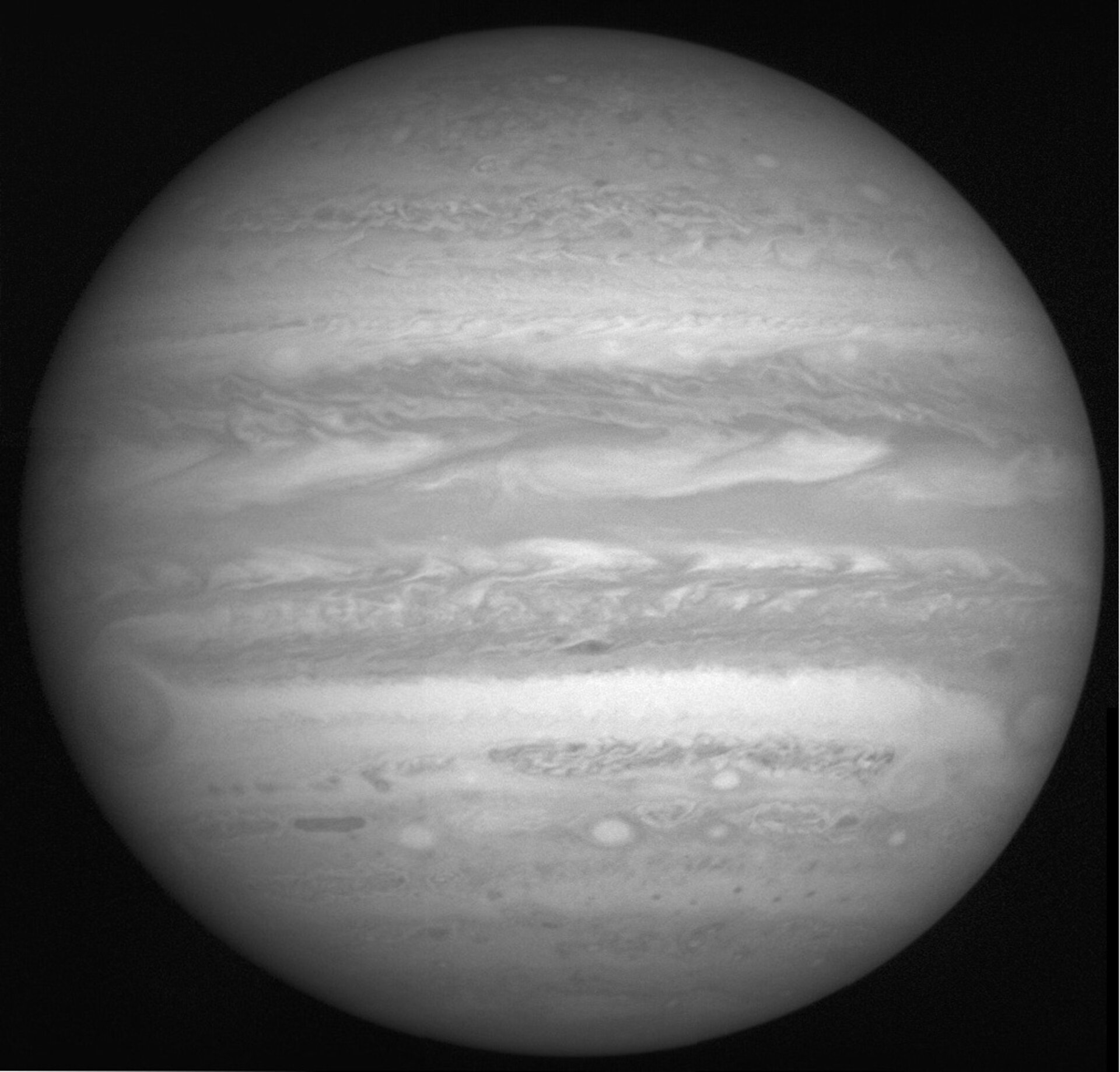 ESA’s Rosetta and NASA’s New Horizons are working together in their joint campaign to observe Jupiter. A preliminary analysis of the data from Rosetta’s Alice ultraviolet spectrometer indicates that the data quality is excellent and that good science is expected to follow.

New Horizons made its closest approach to Jupiter on 28 February 2007. Its principal objective was to use the gravity of the giant planet to slingshot it onwards to its rendezvous with Pluto, planned for 2015. However, as Alan Stern, Southwest Research Institute, San Antonio, Texas (USA), and New Horizon’s Principal Investigator says, “We couldn’t pass up this opportunity to study Jupiter’s meteorology, rings, aurorae, satellites, and magnetosphere.”

Rosetta, just after having swung by Mars and while on its way to comet 67P-Churyumov Gerasimenko, played an important role in this research, providing global observations of Jupiter’s aurora and the Io plasma torus that can be correlated with New Horizons’ detailed in-situ measurements.

Rosetta’s observation of Jupiter began on the same day as the New Horizons swingby. Because Rosetta is presently close to Mars and Jupiter is still far away, to some of the instruments the giant planet is just a pinprick of light. Nevertheless, Rosetta’s Alice instrument splits this light into a spectrum, in which the separate contributing regions can be distinguished.

“We have now clearly separated the three components that make up the spectrum,” says Alice team member Andrew Steffl, Southwest Research Institute. The first component is simply sunlight, reflecting off Jupiter’s cloud tops. The second part of the spectrum is composed of ultraviolet emission given off by particles ejected in volcanic eruptions by Jupiter’s moon Io. The third is light from Jupiter’s aurorae, caused by particles striking the planet’s atmosphere, some from the Sun, some ejected from Io.

Alice is an ultraviolet imaging spectrometer, designed to analyse the composition and density of gas molecules, and an almost identical Alice UVS instrument is on New Horizons. Rosetta’s Alice will measure the rates at which water vapour, carbon monoxide and carbon dioxide are given off by comet Churyumov-Gerasimenko, after the rendezvous in 2014. New Horizons’ Alice instrument will study the tenuous atmosphere at Pluto in mid-2015.

“New Horizons cannot observe Jupiter using its Alice instrument at the moment,” says Joel Parker, also at the Southwest Research Institute, and Alice Project Manager. This is because New Horizons’ Alice would have to be pointed back at Jupiter, towards the Sun. If bright sunlight fell into the instrument, it could damage the sensitive optics. Hence the scientists will not take the risk.

Instead, other instruments on New Horizons can detect the actual particles that are trapped in Jupiter’s magnetic field, but to better understand this data, spectra of Jupiter’s aurora and the Io torus are also needed. This is where Rosetta’s Alice makes its important contribution.

Some of the things the team will be looking for are solar wind events. These are gusts in the number of electrically charged particles that the Sun gives out. When they strike the magnetic field of Jupiter, they can cause the aurora to shine more brightly. Rosetta’s Alice will see this, too, and the team can then look for changes in the particles detected by New Horizons. “This is a really nice synergy between the two projects,” says Parker.

Rosetta’s observations are set to continue until 8 May, and when complete, will include some 400 hours worth of observations. Using Rosetta’s Alice is proving to be invaluable to the team in their preparations for the 2014 comet rendezvous. “Every time we use the instrument, we learn more about how to get the most out of it when we arrive at the comet,” says Parker.