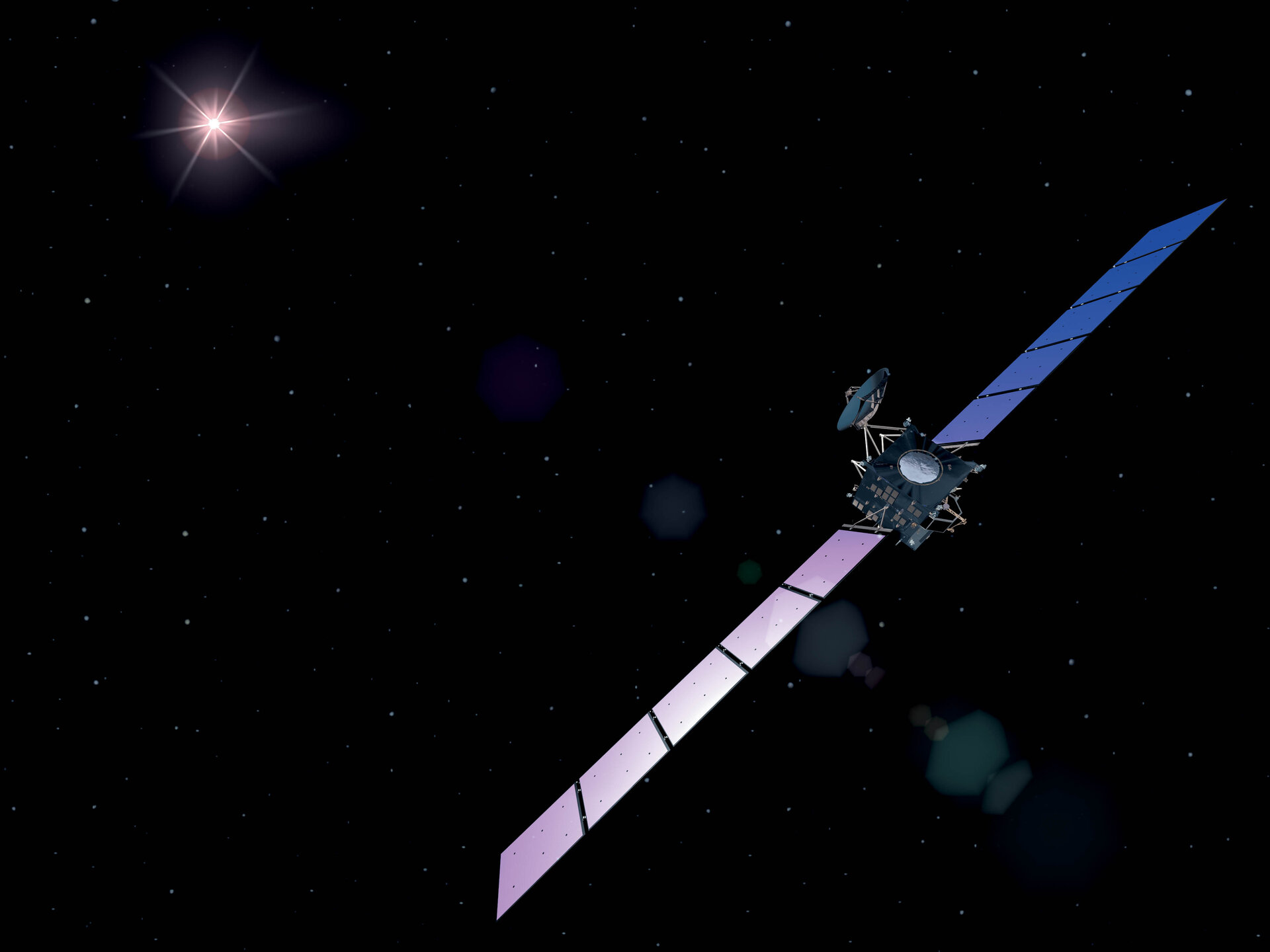 The ‘commissioning phase’ of ESA's Rosetta mission was completed in October 2004, with the last main activities being tests of telecommunication systems.

The spacecraft is now configured for its long ‘cruise’, with instruments switched off and the Standard Radiation Environment Monitor (SREM) activated for background radiation monitoring.

SREMs measure space radiation fluxes and the ‘radiation dose’ (the amount of energy from radiation absorbed by materials), counting energetic electrons, protons and heavy ions encountered during each mission.

This instrument provides data on the space weather radiation in the vicinity of the spacecraft and has already been flown on several other ESA missions, including Integral.

At the end of October 2004, Rosetta was at 63.4 million kilometres from Earth and its radio signals took three minutes and 31 seconds to get back to Earth.