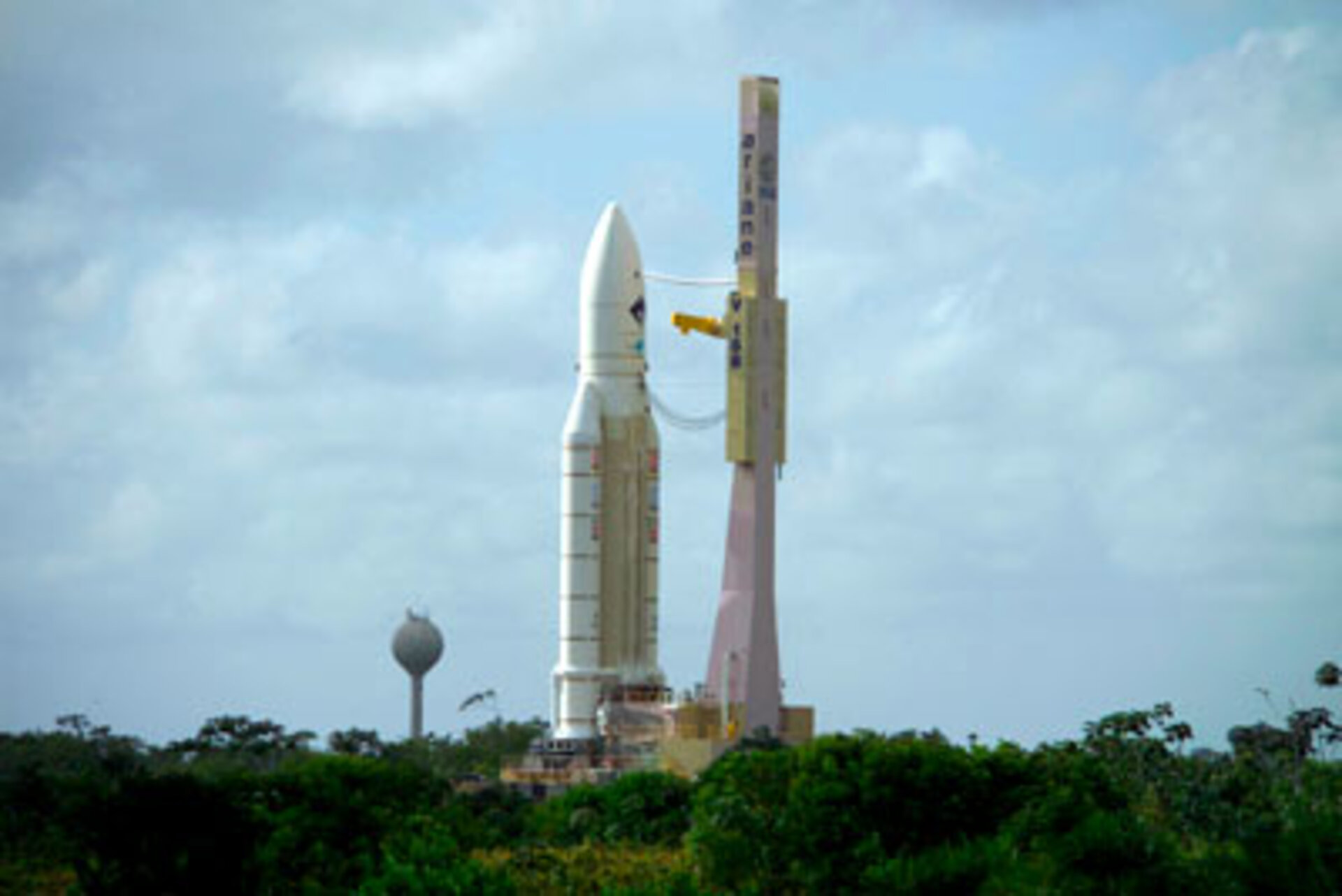 Emerging into the sunlight at 1530 (local time), the completed Ariane 5 rocket moved along a 2.8-kilometre dual rail line that links the Final Assembly Building with the ELA-3 launch zone.

Flight V158's Ariane 5 vehicle was installed on a massive mobile launch table, which was locked into position in the launch zone after its arrival at about 1620.

This positioned it over two large flame ducts that the direct exhaust from Ariane 5's two solid rocket motors and the core stage's Vulcain main engine.

Lift-off of Flight V158 will occur in the early morning hours of 26 February. This mission uses a very specific launch slot instead of the typical launch window for Ariane 5 missions that carry geostationary satellite payloads.

Because of the unique mission profile with the Rosetta spacecraft, the exact launch time has been set for 49 seconds past 0436 local time (0836 CET).

The duration of Flight V158 is unusual for an Ariane 5 mission. After lift-off, booster separation and burn-out of the central core stage, Ariane 5's EPS upper stage will enter a prolonged ballistic phase, followed by its delayed ignition at almost two hours after lift-off.

Rosetta will then separate from the stage 14 minutes later, setting off on an Earth-escape trajectory that will lead to its encounter with Comet 67P/Churyumov-Gerasimenko in 2014.