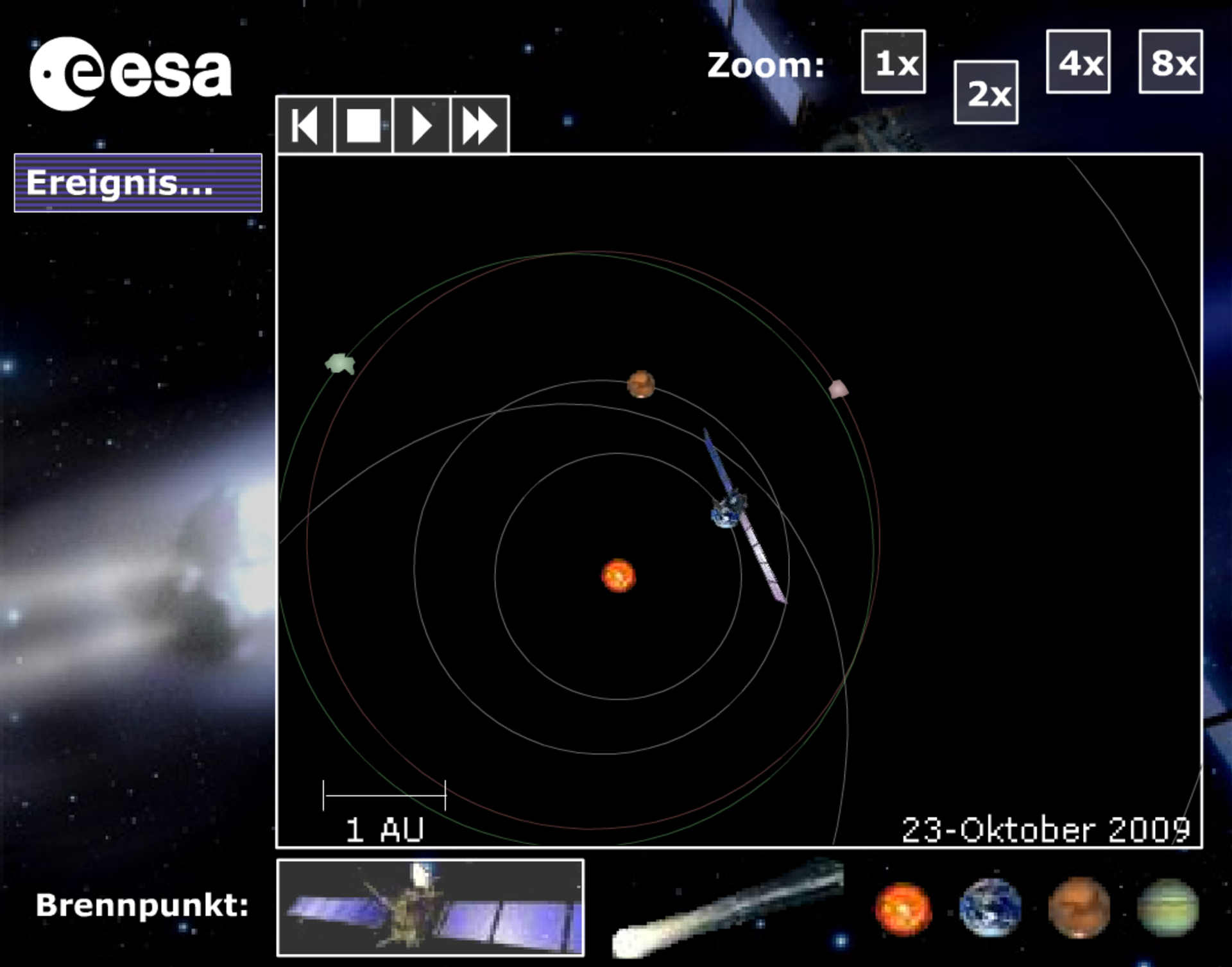 The deployment of the high-gain antenna was successfully completed on 3 March at 03:23 CET. A test manoeuvre will be carried out at 12:45 CET to verify that all orbit and attitude control systems are working properly.

The star-trackers' check was completed and they were switched on. Rosetta uses star trackers to help fix its position and navigate its way to the comet.

Three of the four reaction wheels were switched on exactly as planned. These help to stabilise the spacecraft. The first orbit estimation of Rosetta has been performed by the ESOC Flight Dynamics team. This orbit estimation is very close to what was expected.

The spacecraft is stable and all systems are working well.

'Sun Acquisition Mode' has been achieved - pointing the Rosetta's deployed solar arrays in the direction of the Sun. This means that Rosetta can now use the Sun as its source of power on its way to Comet 67P/Churyumov-Gerasimenko.