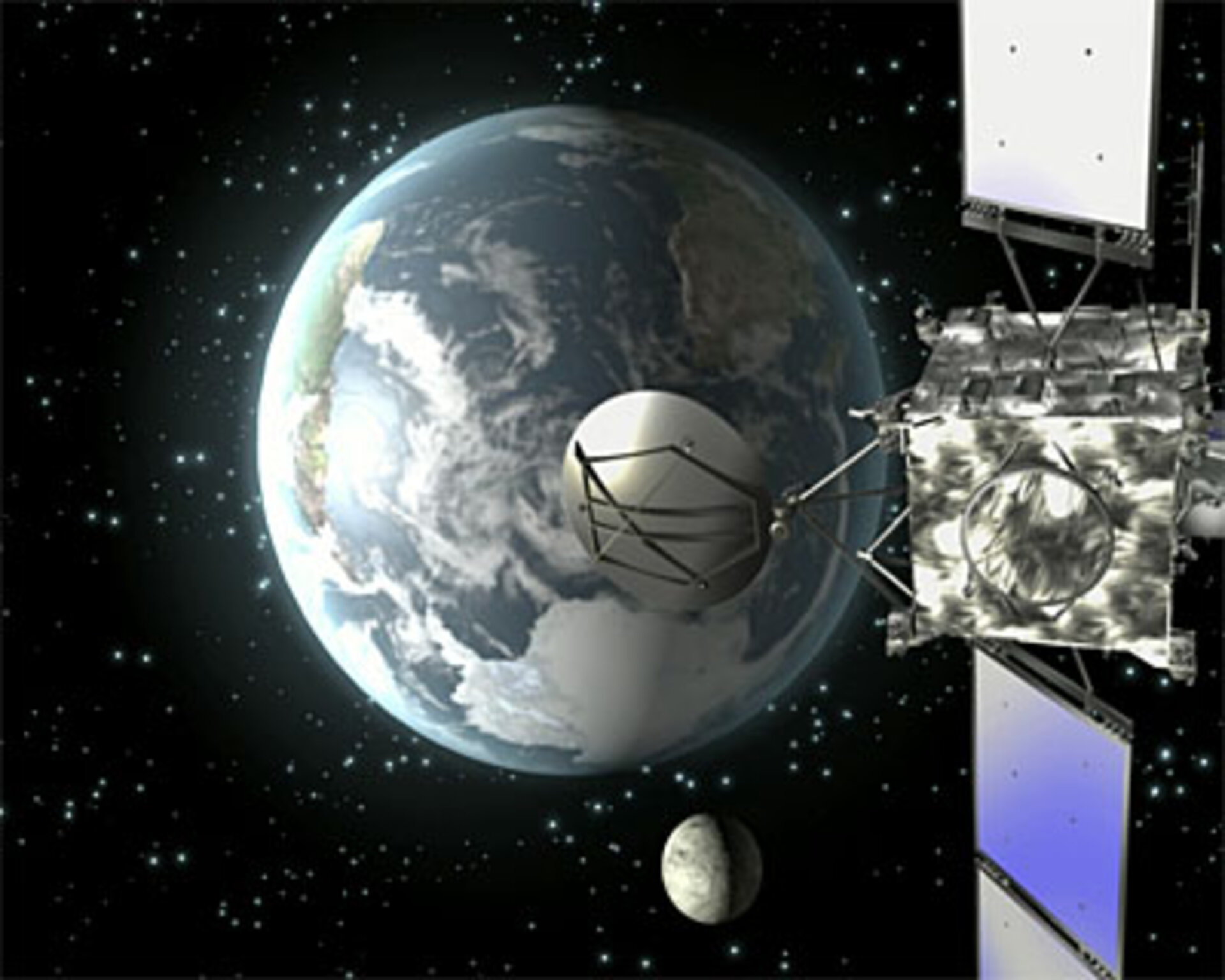 An important milestone has just been accomplished as Rosetta successfully swung by Earth at 21:57 CET. The spacecraft will now be catapulted towards the outer Solar System with its newly-gained energy before coming back to Earth for another boost.

Europe’s comet chaser has now flown a little over 3000 million km of its 7100 million-km journey on its way to its destination Comet 67P/Churyumov-Gerasimenko. This was the third planetary swing-by for Rosetta and its second swing-by of Earth.

Around closest approach, Rosetta took a good look at Earth for observations of its atmosphere and magnetosphere, imaged urban regions, and looked for meteors from space. Shortly before midnight, Rosetta will turn to observe the Moon until about 11:00 CET tomorrow, 14 November. Following this, on 15, 16, 18 and 20 November, Rosetta will observe the Earth-Moon system from a distance, on its outbound trajectory.

Scientists are now eagerly awaiting some of the first data to become available during the course of the night.

Rosetta will be back in our neighbourhood, and will swing by Earth for the last time in November 2009. But before that, as it crosses the asteroid belt, Rosetta will grab the opportunity to study asteroid Steins during a fly-by in September 2008.

Tune in early tomorrow morning: we will be publishing pictures and results as soon as they become available, throughout the day on 14 November.