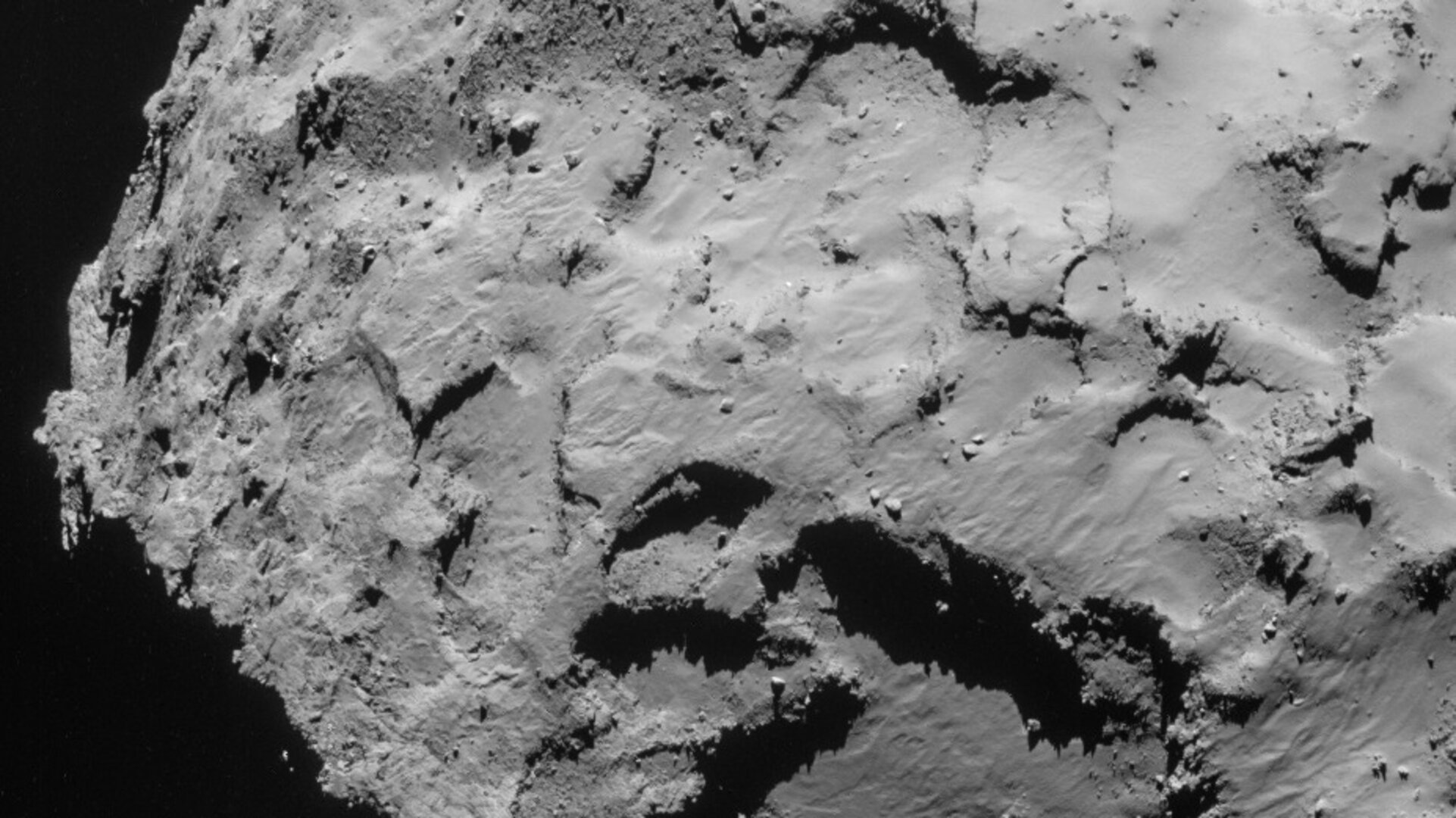 The European Space Agency’s Rosetta mission will deploy its lander, Philae, to the surface of Comet 67P/Churyumov–Gerasimenko on 12 November.

Philae’s landing site, currently known as Site J, is located on the smaller of the comet’s two ‘lobes’, with a backup site on the larger lobe. The sites were selected just six weeks after Rosetta arrived at the comet on 6 August, following its 10-year journey through the Solar System

In that time, the Rosetta mission has been conducting an unprecedented scientific analysis of the comet, a remnant of the Solar System’s 4.6 billion-year history. The latest results from Rosetta will be presented on the occasion of the landing, during dedicated press briefings.

The main focus to date has been to survey 67P/Churyumov–Gerasimenko in order to prepare for the first ever attempt to soft-land on a comet. 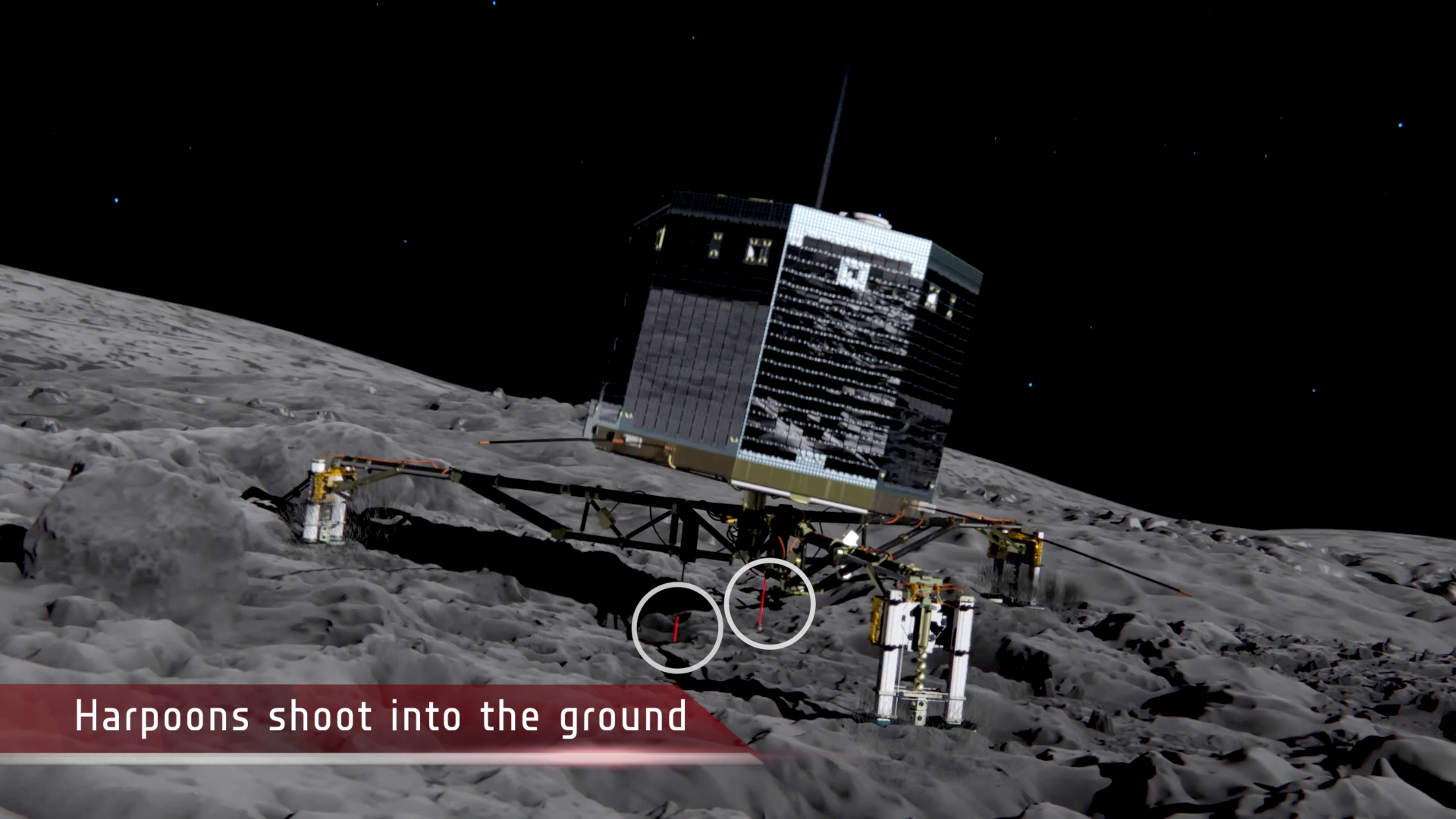 Philae’s descent and science on the surface
Access the video

Site J was chosen unanimously over four other candidate sites as the primary landing site because the majority of terrain within a square kilometre area has slopes of less than 30º relative to the local vertical and because there are relatively few large boulders. The area also receives sufficient daily illumination to recharge Philae and continue surface science operations beyond the initial 64-hour battery-powered phase.

Over the last two weeks, the flight dynamics and operations teams at ESA have been making a detailed analysis of flight trajectories and timings for Rosetta to deliver the lander at the earliest possible opportunity.

Two robust landing scenarios have been identified, one for the primary site and one for the backup. Both anticipate separation and landing on 12 November.

For the primary landing scenario, targeting Site J, Rosetta will release Philae at 08:35 GMT/09:35 CET at a distance of 22.5 km from the centre of the comet, landing about seven hours later. The one-way signal travel time between Rosetta and Earth on 12 November is 28 minutes 20 seconds, meaning that confirmation of the landing will arrive at Earth ground stations at around 16:00 GMT/17:00 CET.

If a decision is made to use the backup Site C, separation will occur at 13:04 GMT/14:04 CET, 12.5 km from the centre of the comet. Landing will occur about four hours later, with confirmation on Earth at around 17:30 GMT/18:30 CET. The timings are subject to uncertainties of several minutes.

Final confirmation of the primary landing site and its landing scenario will be made on 14 October after a formal Lander Operations Readiness Review, which will include the results of additional high-resolution analysis of the landing sites conducted in the meantime. Should the backup site be chosen at this stage, landing can still occur on 12 November.

A competition for the public to name the primary landing site will also be announced during the week of 14 October.

The Rosetta orbiter will continue to study the comet and its environment using its 11 science instruments as they orbit the Sun together. The comet is on an elliptical 6.5-year orbit that takes it from beyond Jupiter at its furthest point, to between the orbits of Mars and Earth at its closest to the Sun. Rosetta will accompany the comet for more than a year as they swing around the Sun and back to the outer Solar System again.

The analyses made by the Rosetta orbiter will be complemented by the in situ measurements performed by Philae’s 10 instruments.

An invitation to media with an outline of the programme for the 12 November event will be issued soon.