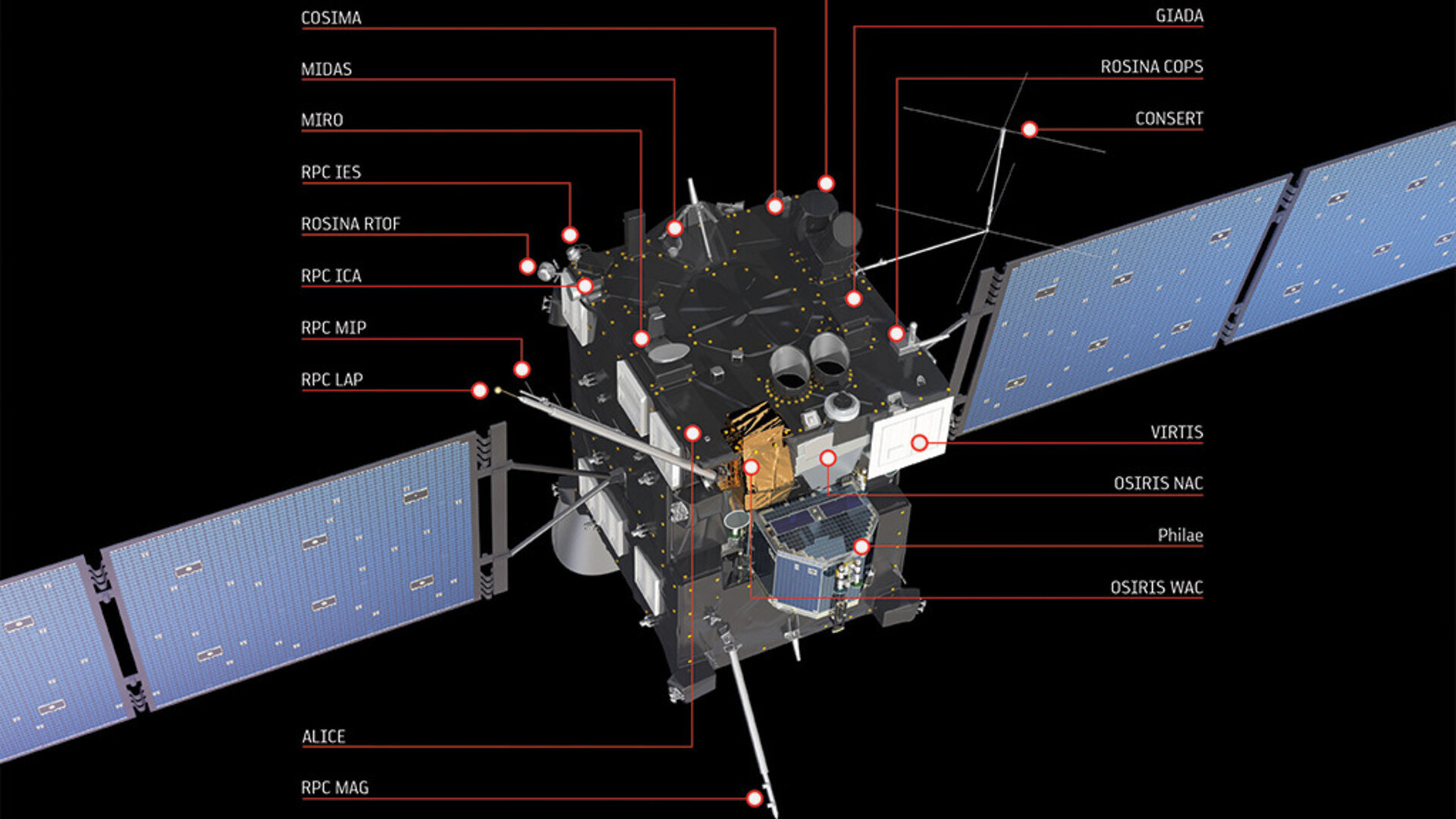 Rosetta is a large aluminium box with dimensions 2.8 x 2.1 x 2.0 metres. The scientific instruments are mounted on the 'top' of the box (Payload Support Module) while the subsystems are on the 'base' (Bus Support Module).

On one side of the orbiter is a 2.2-metre diameter communications dish – the steerable high-gain antenna. The lander was attached to the opposite face.

Two enormous solar panel 'wings' extend from the other sides. These wings, each 32 square metres in area, have a total span of about 32 metres tip to tip. Each of them comprises five panels, and both may be rotated through +/-180 degrees to catch the maximum amount of sunlight.

In contrast, the orbiter’s side and back panels were in shade for most of the mission. Since these panels received little sunlight, they were an ideal location for the spacecraft’s radiators and louvres. They also faced away from the comet, so damage from comet dust could be minimised.

At the heart of the orbiter was the main propulsion system. Mounted around a vertical thrust tube were two large propellant tanks, the upper one containing fuel, and the lower one containing the oxidiser.

The orbiter also had 24 thrusters for trajectory and attitude control. Each of these thrusters pushed the spacecraft with a force of 10 Newtons, about the same as experienced by someone holding a large bag of apples. Over half the launch weight of the entire spacecraft was taken up by propellant.