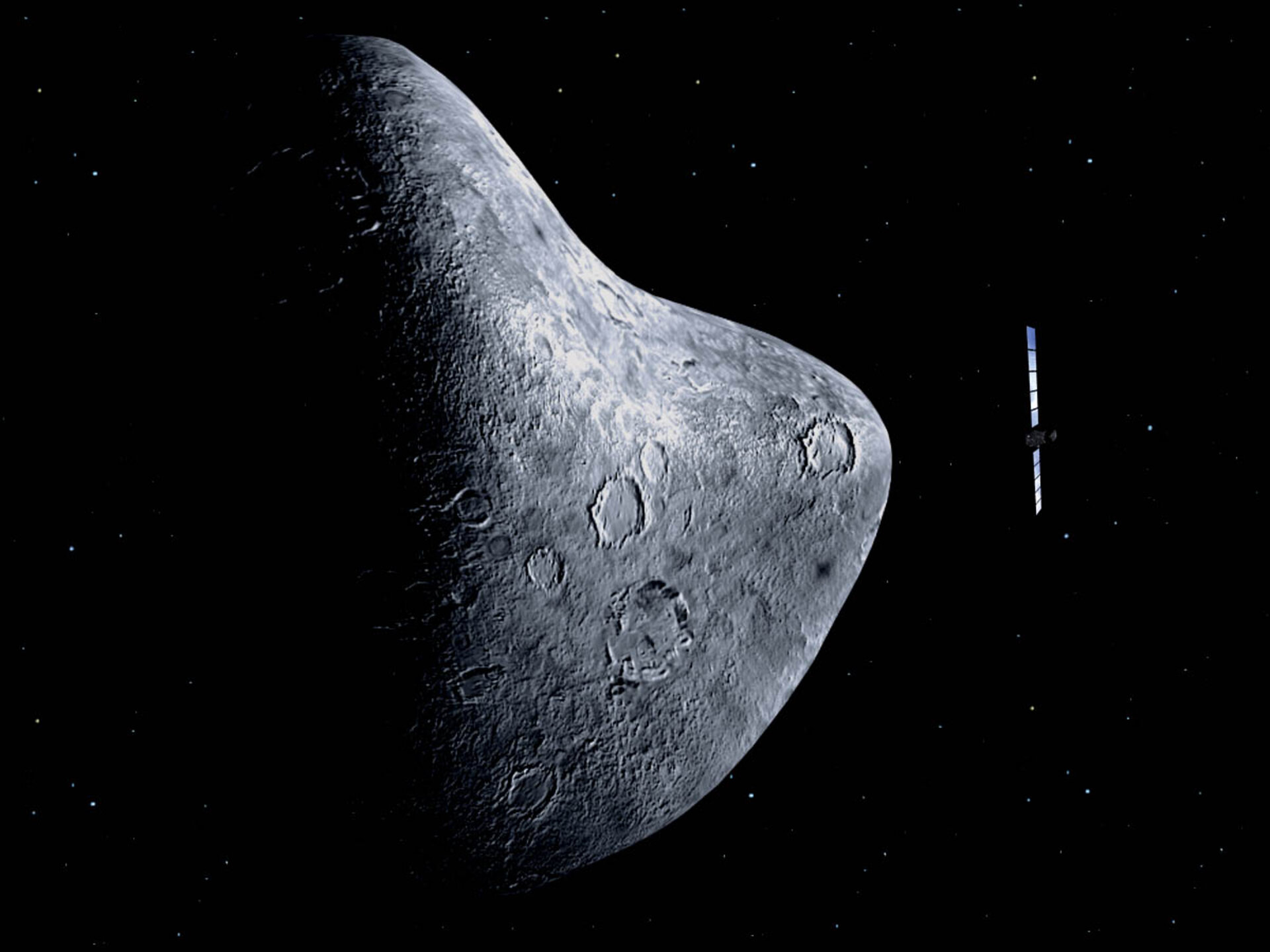 ESA PR 15-2004. Today the Rosetta Science Working Team has made the final selection of the asteroids that Rosetta will observe at close quarters during its journey to Comet 67P/Churyumov-Gerasimenko. Steins and Lutetia lie in the asteroid belt between the orbits of Mars and Jupiter.

Rosetta's scientific goals always included the possibility of studying one or more asteroids from close range. However, only after Rosetta's launch and its insertion into interplanetary orbit could the ESA mission managers assess how much fuel was actually available for fly-bys. Information from the European Space Operations Centre (ESOC) in Germany enabled Rosetta's Science Working Team to select a pair of asteroids of high scientific interest, well within the fuel budget.

The selection of these two excellent targets was made possible by the high accuracy with which the Ariane 5 delivered the spacecraft into its orbit. This of course leaves sufficient fuel for the core part of the mission, orbiting Comet 67P/Churyumov-Gerasimenko for 17 months when Rosetta reaches its target in 2014.

Asteroids are primitive building blocks of the Solar System, left over from the time of its formation about 4600 million years ago. Only a few asteroids have so far been observed from nearby. They are very different in shape and size, ranging from a few kilometres to over 100 kilometres across, and in their composition.

The targets selected for Rosetta, Steins and Lutetia, have rather different properties. Steins is relatively small, with a diameter of a few kilometres, and will be visited by Rosetta on 5 September 2008 at a distance of just over 1700 kilometres. This encounter will take place at a relatively low speed of about 9 kilometres per second during Rosetta's first excursion into the asteroid belt.

Lutetia is a much bigger object, about 100 kilometres in diameter. Rosetta will pass within about 3000 kilometres on 10 July 2010 at a speed of 15 kilometres per second. This will be during Rosetta's second passage through the asteroid belt.

Rosetta will obtain spectacular images as it flies by these primordial rocks. Its onboard instruments will provide information on the mass and density of the asteroids, thus telling us more about their composition, and will also measure their subsurface temperature and look for gas and dust around them.

Rosetta began its journey just over a week ago, on 2 March, and is well on its way. Commissioning of its instruments has already started and is proceeding according to plan.

"Comets and asteroids are the building blocks of our Earth and the other planets in the Solar System. Rosetta will conduct the most thorough analysis so far of three of these objects," said Prof. David Southwood, Director of ESA’s Science Programme. "Rosetta will face lots of challenges during its 12-year journey, but the scientific insights that we will gain into the origin of the Solar System and, possibly, of life are more than rewarding."