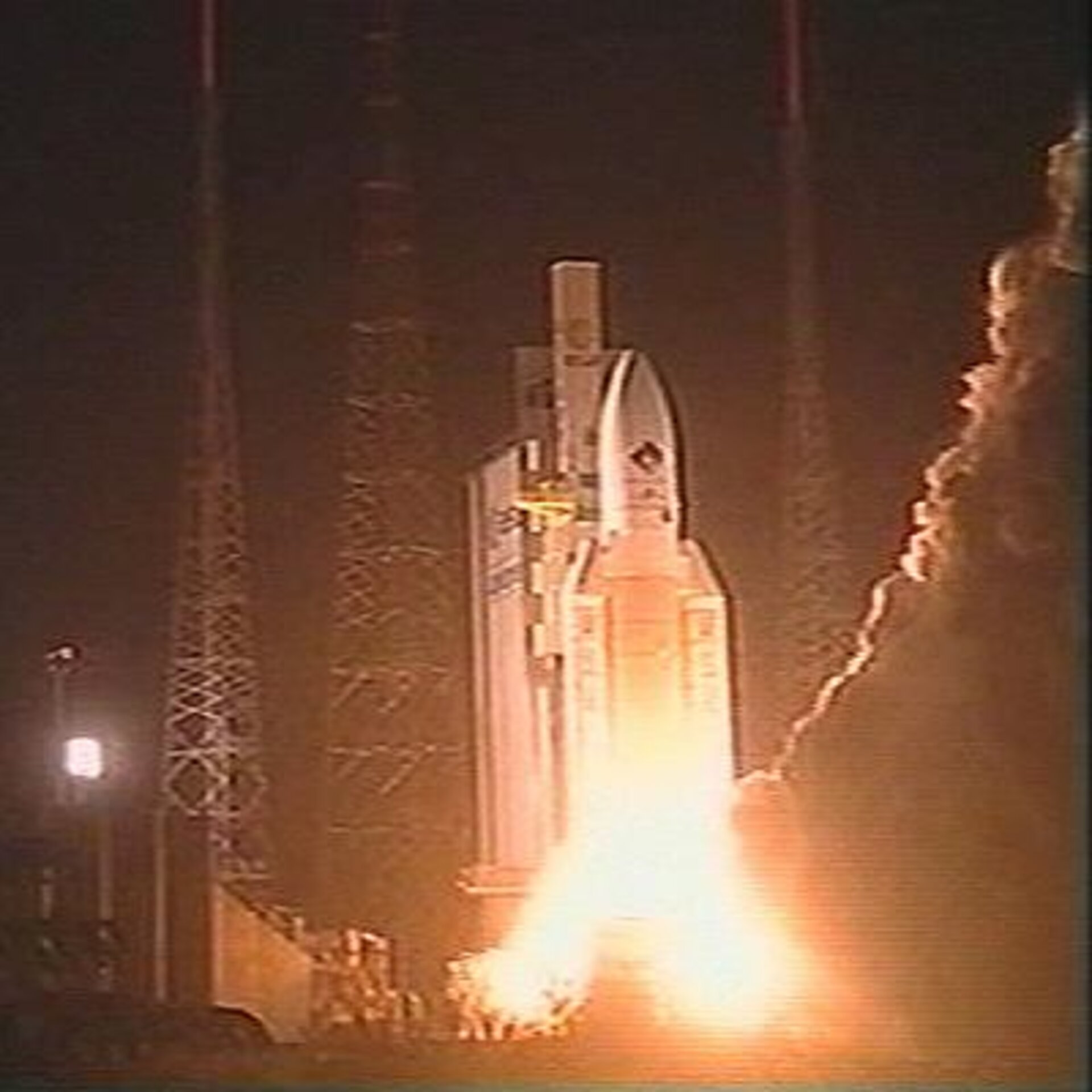 Europe's unique Rosetta comet-intercept spacecraft took off on its first step of an 11-year mission. Rosetta was on board an Ariane 5 launcher as Flight 158.

The final countdown had started at 20:47 CET yesterday, 1 March. This morning at 00:47 CET, a final check of electrical systems was made and at 03:27, came the start of the filling of the main cryogenic stage with liquid oxygen and hydrogen.

At 03:57, the chilldown of Vulcain main stage engine took place and three hours later, final checks of the connections between the launcher, tracking and command systems were made.

At 08:10, Arianespace confirmed an "All systems go" and start of the synchronised sequence.

Flight 158's Vulcain main cryogenic engine ignited at 44 seconds past 04:17 local time in French Guiana (08:17 CET) - the first of two precise launch instances that were set for today's mission. This very specific timing was determined by the mission's unique profile.

At 08:20, the booster stages were successfully jettisoned. Nine minutes later, Ariane 5 moved into a ballistic phase, the main cryogenic stage having burnt all its fuel.

At 10:11, almost two hours after liftoff, the upper stage was fired to move Rosetta into an Earth-escape trajectory. Rosetta separated from the stage approximately 14 minutes later.