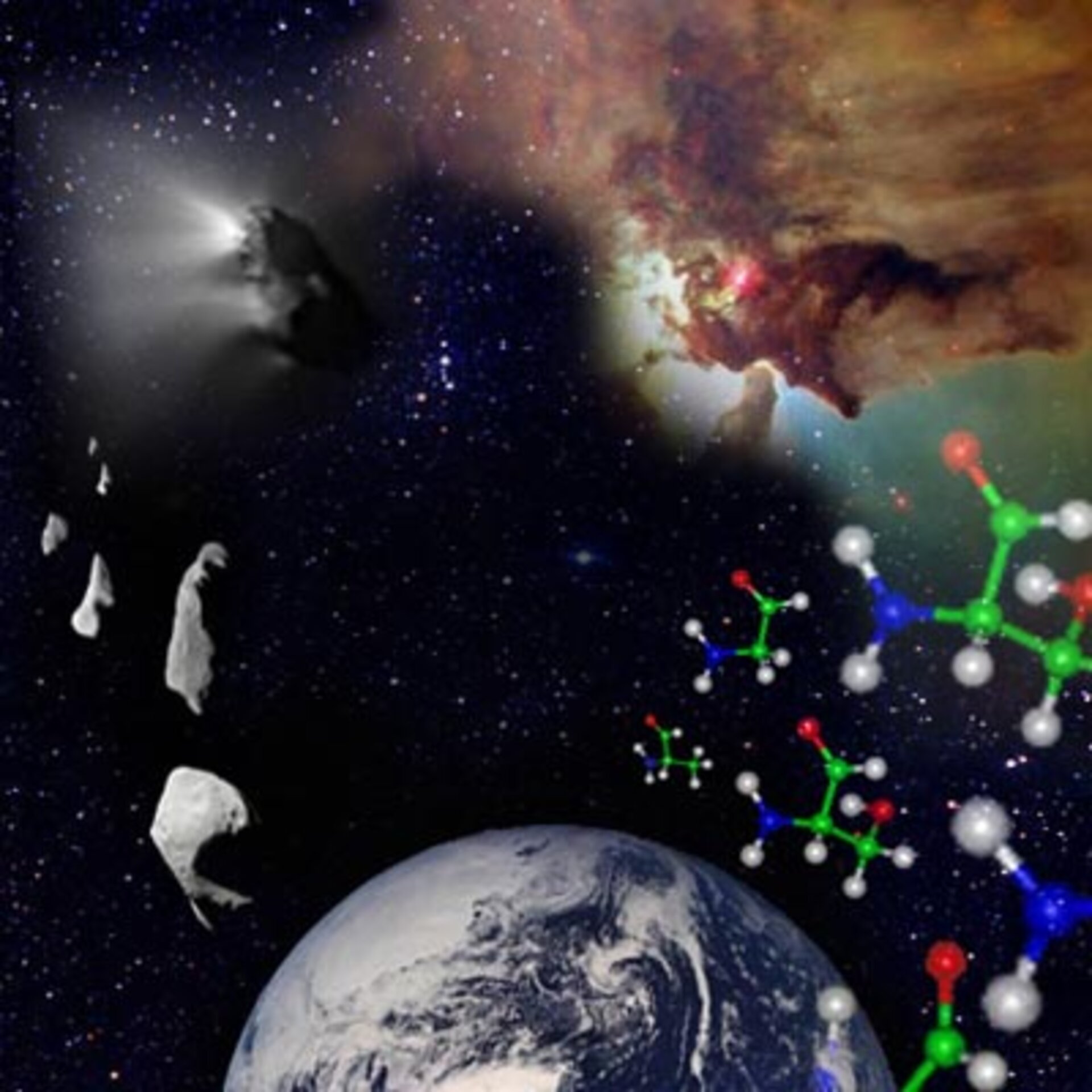 How life began on Earth is one of the most fascinating problems in modern science. Scientists are piecing together the evidence, and are showing increasing interest in the composition of comets.

These icy leftovers from the formation of the planets may hold the key to unlocking the mysteries of life’s beginning. ESA’s comet chaser Rosetta is leading the quest to find out.

It seems highly unlikely that life in the form of biological cells began in comets. However, there is now direct evidence that some of the so-called chemical ‘building blocks’ of life – organic molecules – can be found in comets.

These chemicals can be seen using techniques such spectroscopy, in which light from the comet is split into a rainbow of colours and analysed for the dark lines that the chemicals create. More importantly, it was possible to carry out another technique called mass spectrometry with instruments on both Rosetta orbiter and lander to provide accurate details of the comet’s chemical composition.

Early spectroscopic studies of comet tails, by British astronomer Sir William Huggins, showed that these organic molecules included the highly noxious gas, cyanide. This knowledge caused a panic when, in 1910, the Earth was expected to pass through the tail of Comet Halley. Newspapers ran stories of mass asphyxiation from space.

Things are very different now. Some scientists believe that, far from inhibiting life, comets may have played a leading role in creating it.

Comets colliding with the early Earth may have seeded our world with the chemicals necessary for life to begin, although Rosetta's data fuelled the debate on the role of comets in delivering water to create the planet's oceans.

By studying Comet 67P/Churyumov-Gerasimenko in situ, Rosetta has produced a full inventory of organic chemicals in the comet to investigate the role of comets in the origin of life on Earth. It even discovered the amino acid glycine, which is commonly found in proteins, and phosphorus, a key component of DNA and cell membranes.