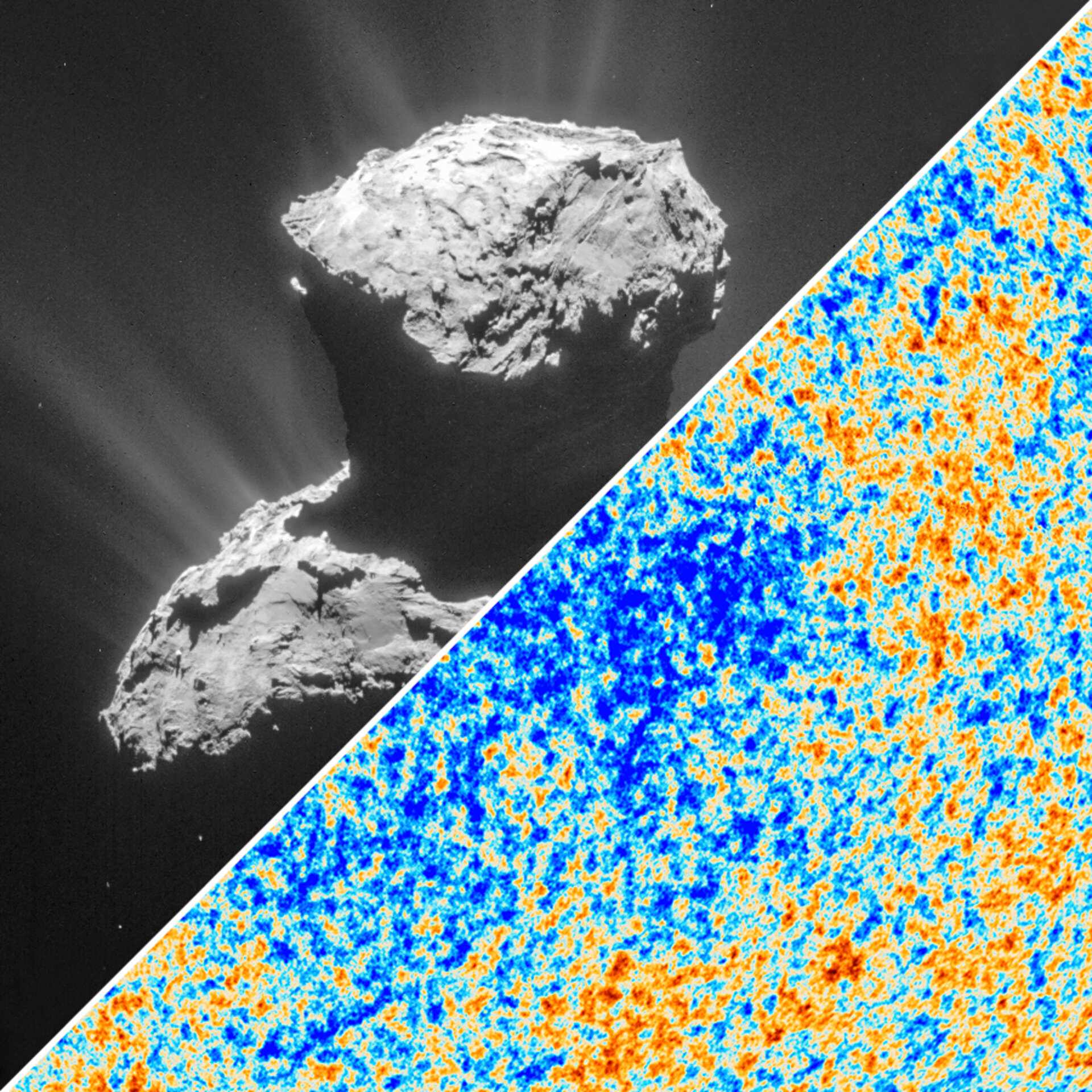 ESA’s Matt Taylor has been awarded the 2018 Service Award for Geophysics by the Royal Astronomical Society for his outstanding contribution to the Rosetta mission, while the Planck mission has been honoured with the Group Achievement Award for their extraordinary achievements in cosmology.

The awards were announced today as part of the society’s annual recognition of individuals or teams that have made significant achievements in the fields of astronomy and geophysics.

Rosetta spent more than two years conducting unique science at Comet 67P/Churyumov–Gerasimenko as it orbited the Sun. The spacecraft also deployed the Philae lander before concluding its own mission on the surface of the comet – after more than 12 years in space – in September 2016.

“Space missions in the planetary sciences are uniquely challenging, not only in the technical sense, but also in terms of their scientific coordination. They have numerous, often conflicting, scientific goals and (especially in the case of Rosetta) limited opportunities in which to fulfil them.

“In the European Space Agency model, every instrument team has a voice in the planning of the mission. Dr Taylor came late to the Rosetta project as a non-specialist in cometary science but managed to gain the respect of the science team; his contribution in uniting the team behind the goals of the mission, in order to solve the problems associated with orbital insertion around a comet and the achievement of Rosetta’s objectives in a limited timeframe, were crucial to the success of the mission.

“Furthermore, Dr Taylor has spent his considerable energy promoting Rosetta to international audiences through social media, public lectures and TV and radio interviews, all heavily promoting Rosetta science. Rosetta was a historic achievement that would not have been anywhere near as successful, or visible, without Dr Taylor’s dedication, hard work and talent.”

The 2018 Group Achievement Award in Astronomy was given to ESA’s Planck mission team. Planck was launched in 2009 and operated until 2013. One of the mission’s many highlights was providing the most detailed map ever created of the relic radiation from the Big Bang – the cosmic microwave background – enabling scientists to study the Universe’s 13.8 billion year history in greater detail than ever before.

The Royal Astronomical Society recognised the Planck mission’s achievements in the following statement:

“The Planck team has achieved an extraordinary level of precision in measuring the oldest light in the Universe, breaking new ground in areas ranging from fundamental physics, Galactic astronomy and cosmology. By building such a powerful and sensitive space telescope to create state-of-the-art maps of the microwave sky, the Planck team has made the most precise determination of the age, composition and shape of the Universe.

“This also includes the most accurate test of the standard cosmological model, with an order of magnitude improvement on measurements of the microwave background fluctuations. The Planck team has provided exquisite maps of our own Galaxy at 30 GHz – 1 THz, revealing new insights into cold clouds, anomalous microwave background emission, and the large-scale distribution of the different components of our interstellar medium.

“Planck has been transformative precisely due its unprecedented precision. This award recognizes the large and international team of scientists and engineers who have been essential to its success.”

The announcements were made today at the Ordinary Meeting of the Royal Astronomical Society held in London, UK. The winners will be invited to collect their awards at the European Week of Astronomy and Space Science in Liverpool, UK in April. A full listing of the awards is published here.