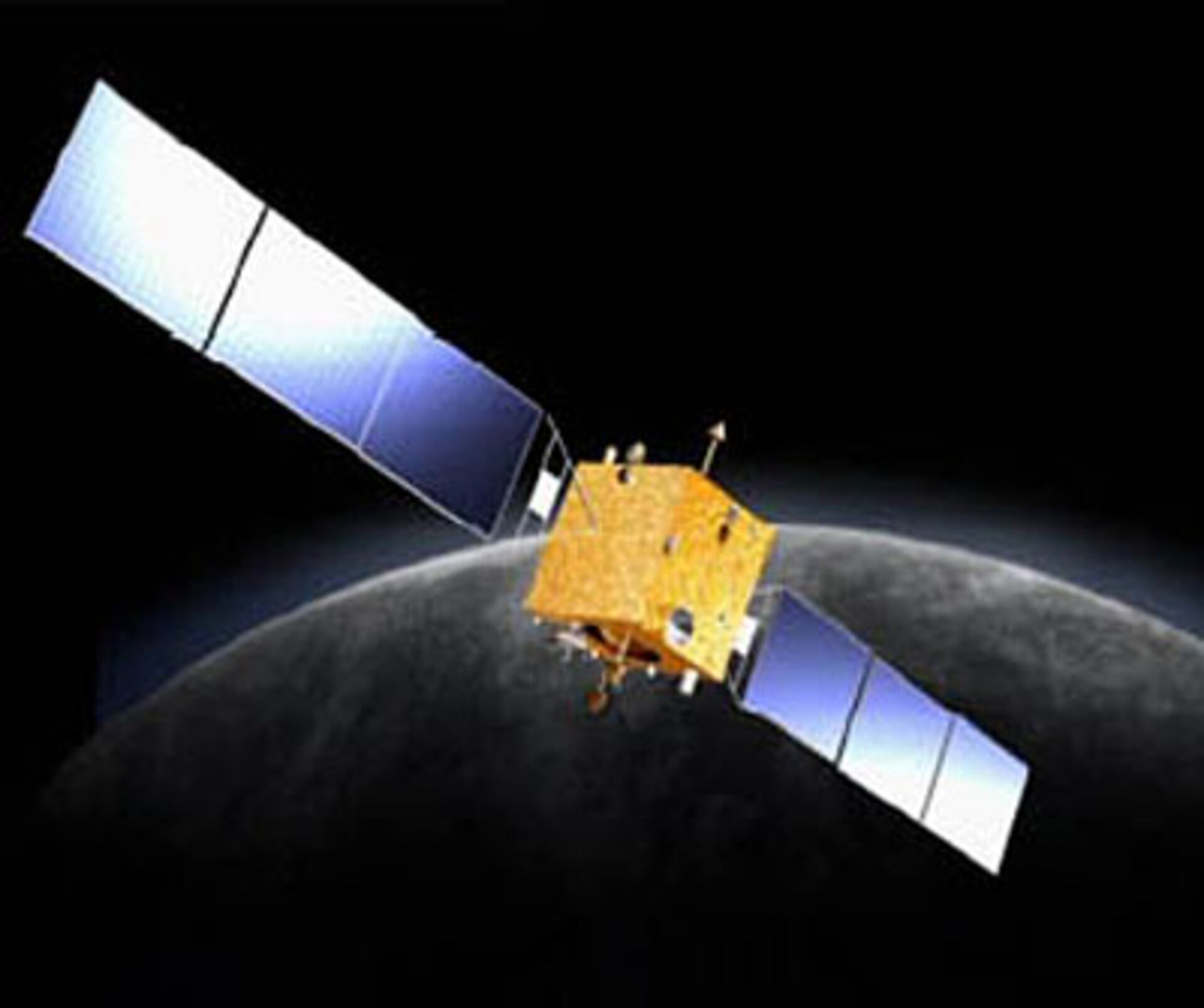 A bold new mission to the Moon was launched today by the Chinese National Space Administration (CNSA). Chang’e-1 blasted off from the Xichang Satellite Launch Centre, Sichuan, atop a Long March 3A rocket.

Chang’e-1 represents the first step in the Chinese ambition to land robotic explorers on the Moon before 2020.

Chang’e-1 has four mission goals to accomplish. The first is to make three-dimensional images of many lunar landforms and outline maps of major lunar geological structures. This mapping will include the first detailed images taken of some regions near the lunar poles.

Chang’e-1 is also designed to analyze the abundance of up to 14 chemical elements and their distribution across the lunar surface. Thirdly it will measure the depth of the lunar soil and lastly it will explore the space weather between the Earth and the Moon.

The spacecraft is large, weighing in at 2350 kg and it will operate from a low, circular lunar orbit, just 200 km above the surface of the Moon. From here, it will perform its science mission for a full year.

ESA is collaborating with the Chinese on this mission by providing spacecraft and ground operations support services to CNSA. The two agencies will also share data and encourage a visitors’ programme so that researchers can learn from each other.

During ESA’s SMART-1 mission, the Agency provided the Chinese with details of the spacecraft's position and transmission frequencies, so that the Chinese could test their tracking stations and ground operations by following it. This was part of their preparation for Chang’e-1. Now it is time for Chang’e-1 itself to fly.

Hermann Opgenoorth, Head of ESA’s Solar System Missions Division says, “Participation in Chang’e-1 gives European scientists and ESA experts a welcome opportunity to maintain and pass on their expertise and to continue their scientific work. Based on the experience gained with this first mission, we intended to cooperate on the next missions in China's Chang’e line of lunar explorers.”

To perform its science mission, Chang’e-1 carries a variety of instruments: a CCD stereo camera, a laser altimeter, an imaging interferometer, a gamma-ray/X-ray spectrometer, a microwave radiometer, a high-energy particle detector, and a solar wind particle detector.

Named after the Chinese goddess of the Moon, Chang’e-1 represents the first phase in the Chinese Lunar Exploration Programme (CLEP). This programme is expected to last until around 2020 and the next phase will include a lander and associated rover. Looking farther into the future, plans are being drawn up for a sample return mission to bring lunar rocks to Earth for analysis.

"ESA's expertise in tracking Chang'e-1 sets the stage for future cooperation with China. The Agency's tracking station network, ESTRACK, is a resource that benefits not only the Agency but also all space science through such international cooperation," said Erik Soerensen, Head of the System Requirements and Validation Section at ESA's European Space Operations Centre.