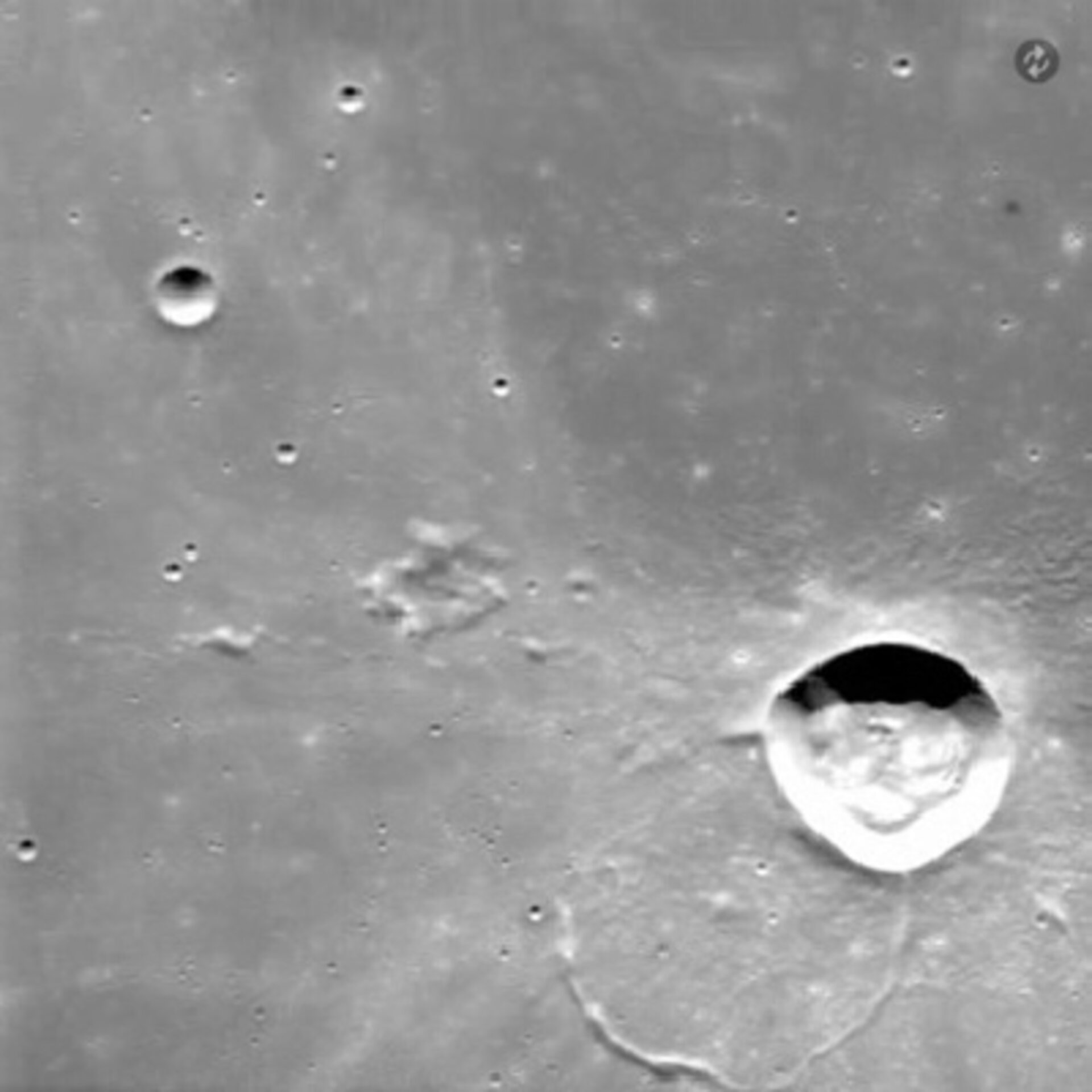 This animation, made from images taken by the Advanced Moon Imaging Experiment (AMIE) on board ESA’s SMART-1 spacecraft, illustrates a special pointing mode, the so-called 'target-tracking' mode.

The images show crater Lichtenberg in the Oceanus Procellarum region on the Moon, centred on an area located at 66.8° West, 32.6° North.

The AMIE camera obtained the images from a distance of between 2064 and 2162 kilometres with a ground resolution of between approximately 186 and 195 metres per pixel.

Most of the time, the SMART-1 spacecraft points exactly downwards to the Moon, so-called 'nadir-pointing'. This animation illustrates a pointing mode called the 'target-tracking' mode.

As the spacecraft moves around the Moon, it is commanded to keep pointing at the same target for a certain period of time, even though it moves over the lunar surface faster than 900 metres per second (or 3260 kilometres per hour). In this particular case, the distance between the target and the spacecraft changes by 100 kilometres every six minutes.

The prominent crater in the lower right of the image is crater Lichtenberg, with a diameter of 20 kilometres. There is a height difference between inner crater floor and surrounding lava plain of 1300 metres.

The actual target of this observation was the 'ghost' crater on the lower left of Lichtenberg. This is almost hidden by overflowed lava from Oceanus Procellarum. The SIR infrared spectrometer on board SMART-1 was measuring the composition of this area during these measurements.

This area is of high geological interest and it was selected for the study of the most recent lunar volcanism. It is thought to contain the youngest basalts on the lunar surface, with an age of about 'only' 1000 million years.

From geological mapping, scientists know that there are very young basalts around crater Lichtenberg*, but how old are they really, and how long was lunar ‘mare’ volcanism active?

The first and last images have been used to create a 3D anaglyph image that can be viewed with red/green glasses (red on the left eye). Note that the crater floor actually lies below the surrounding lava plain. The USGS topographic map can be used to compare the heights.

Crater Lichtenberg is named after the German physicist Georg Christoph Lichtenberg (1742-1799), who was a professor at the University of Goettingen, Germany.