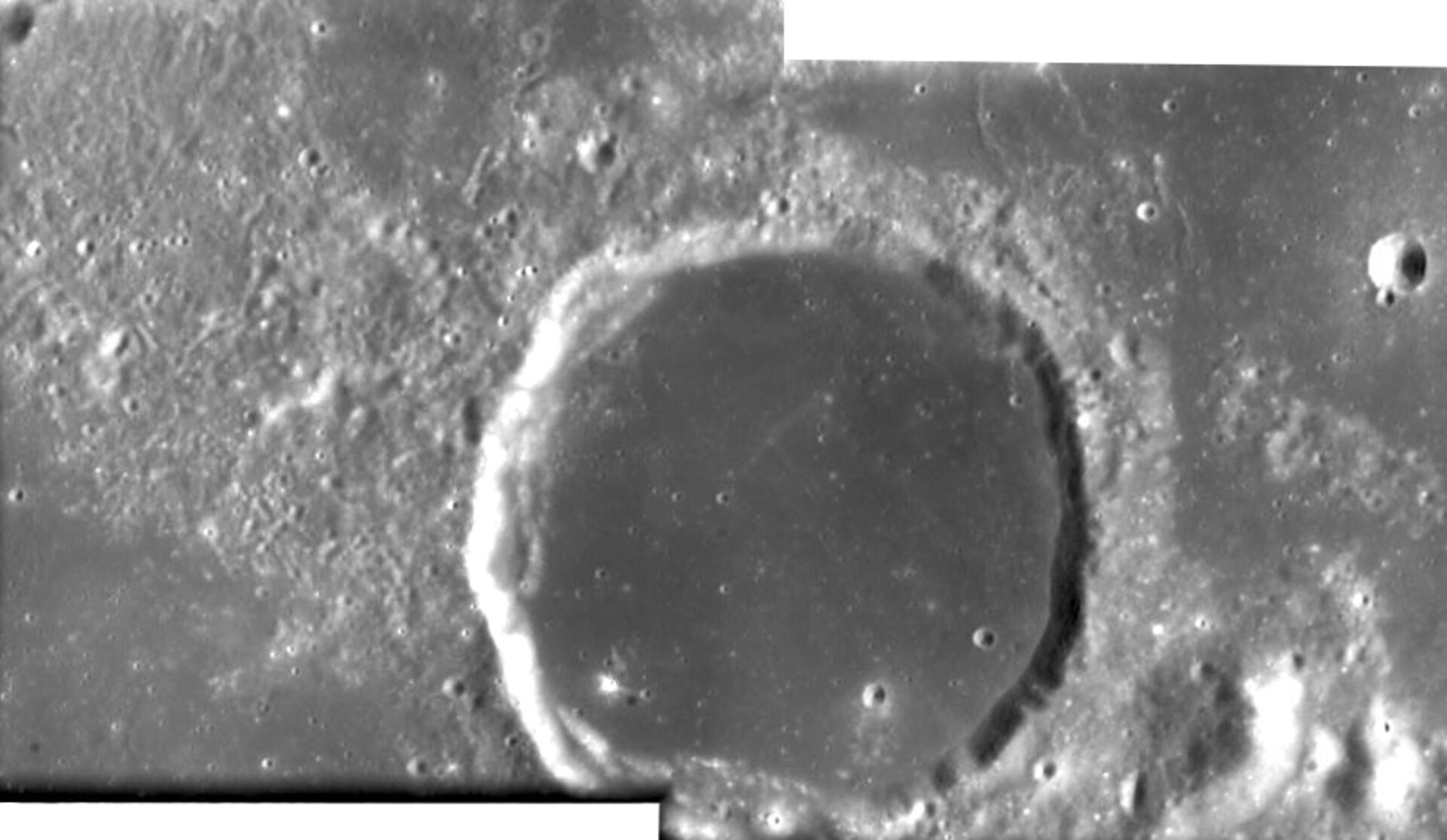 This composite image, taken by the Advanced Moon Imaging Experiment (AMIE) on board ESA’s SMART-1 spacecraft, shows crater Billy at the edge of a large lava plain on the Moon.

The AMIE camera obtained two images in consecutive orbits, from a distance of about 1260 kilometres with a ground resolution of approximately 114 metres per pixel. Each image has a field of view of 56 kilometres.

Crater Billy is located on the southern fringes of the Oceanus Procellarum, on the western half of the Moon’s Earth-facing side (50° West, 13.5° South). It lies to the south-east of the similar-sized crater Hansteen and west-south-west of the lava-flooded crater Letronne.

The Oceanus Procellarum's southern area is low on spectacle but high in terms of geological interest. An irregular bay, the Mare Humorum on the edge of the ‘ocean’ can be seen below and to the east of the craters Billy and Hansteen.

Billy is an old impact crater, 46 kilometres in diameter, with a rim rising to 1300 metres above its flat floor. The floor of Billy has been flooded by basaltic lava with a low albedo, meaning it leaves a dark surface.

Billy's floor is one of the darkest spots on the Moon’s face, and can easily be seen any time when it is illuminated, even at full Moon. Billy contrasts with Hansteen, which is light-coloured with a hummocky floor.

Billy is named after the French Jesuit astronomer Jacques de Billy (1602-79), who was one of the first to reject the role of astrology in science, along with superstitious notions about the malevolent influence of comets.