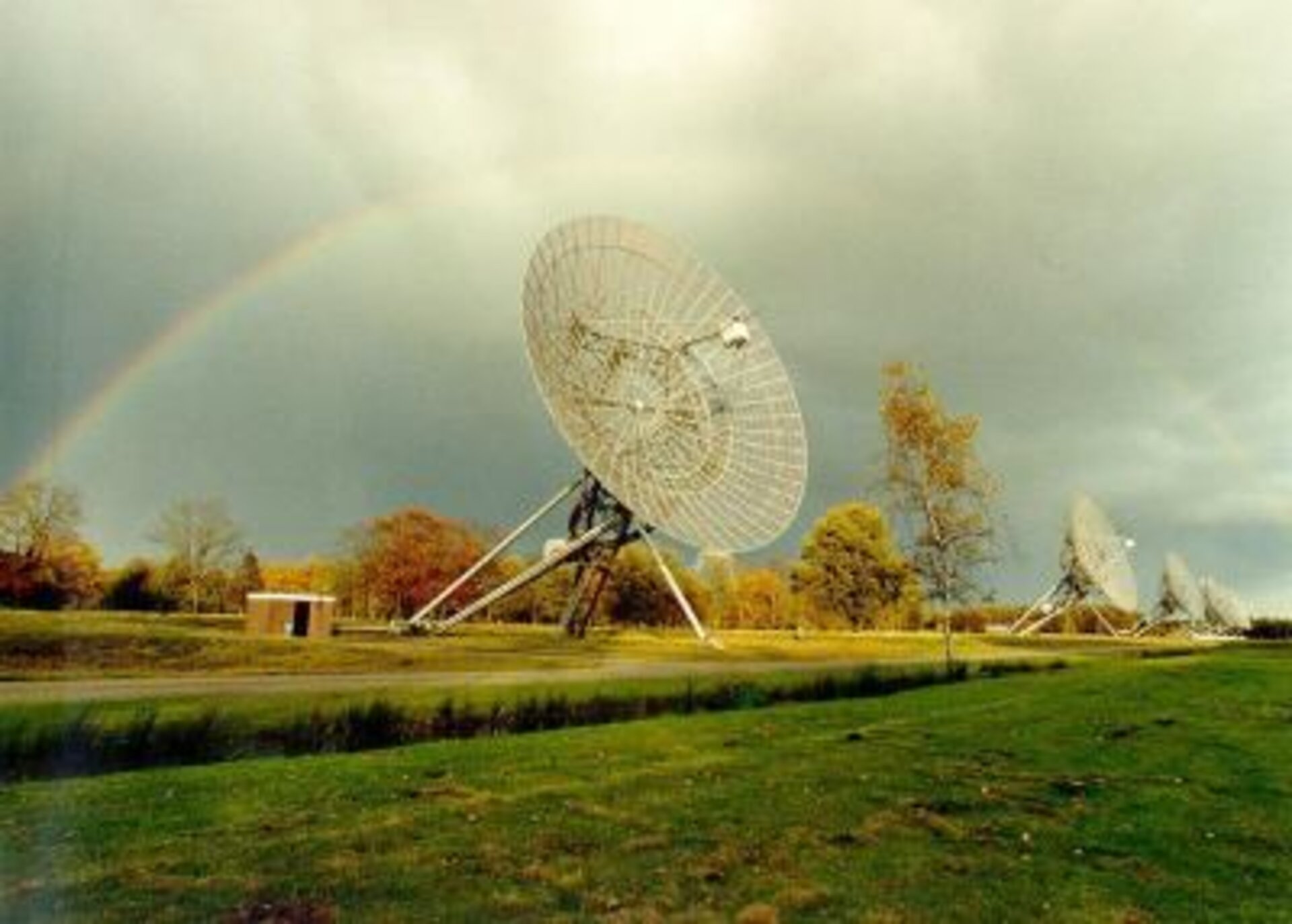 In Spring this year European radio astronomers started a test observation campaign to track from Earth the trajectory of the SMART-1 spacecraft around the Moon. While other worldwide radio telescopes are now joining the campaign, the experts have started analysing the first results, precious for tracking SMART-1 up to its lunar impact and future lunar missions as well.

The campaign started on 25 May 2006, when European radio astronomers led by Dr Leonid Gurvits, from the Joint Institute for VLBI (Very Long Baseline Interferometry) in Europe (JIVE) in the Netherlands, started the spacecraft observation campaign in coordination with the ESA SMART-1 team.

The 8-hour long observing session involved three European radio telescopes - the Medicina station close to Bologna, Italy, the Metsähovi station in Kylmälä, Finland, and the Westerbork Radio Observatory at Hooghalen in The Netherlands. In particular, the Medicina station detected SMART-1 in real time, as the telescope is equipped with a real-time spectrum analyser. Further tests were also performed at Westerbork on 17 July 2006.

The test campaign proved to be very successful, and it confirmed that radio observations prior and during the SMART-1 impact are technically feasible and now fully tested with the VLBI setup.

In the meantime, a group of Chinese radio telescopes, under coordination of the Shangaii Astronomical Observatory and in collaboration with the ESA SMART-1 and the JIVE VLBI teams, have also detected and tracked the SMART-1 spacecraft. This will help the Chinese group to validate the ground stations to be used for the Chinese Chang'E1 lunar orbiter, due for launch in 2007.

Two radio telescopes in South America - TIGO station in Chile and the Fortaleza station in Brazil have also agreed to join the club of Smart-1 radio observers. Their participation is extremely valuable as they are located most favourably to conduct the observation just before and during the impact.

Under the coordination of JIVE , also the SMART-1 observing test using TIGO and Fortaleza on 15 and 16 June 2006 was successful, with the spacecraft radio signal clearly detected at both stations. The data arrived to JIVE for further analysis. "This test proves that the setup and scheduling procedure for telescopes never before involved in this kind of observations and based on our earlier test run with the European antennas is correct" says Leonid Gurvits, leader of the JIVE team.

Indeed for both TIGO and Fortaleza this was the first experience in tracking a spacecraft. In particular, the two stations will take advantage of their favourable location to observe the SMART-1 impact, due to take place on 3 September 2006 between 02:00 and 08:00 (CEST).

"It is exciting that worldwide radio telescopes can listen to SMART-1 until impact", says Bernard Foing, SMART-1 Project Scientist. The impact is due to take place on 3 September 2006 at 07:41 CEST (05:41 UT), with an uncertainty of plus or minus 7 hours. "This also proves that SMART-1 is helping to prepare ground stations, radio telescopes and VLBI experiments for future international lunar and planetary missions".