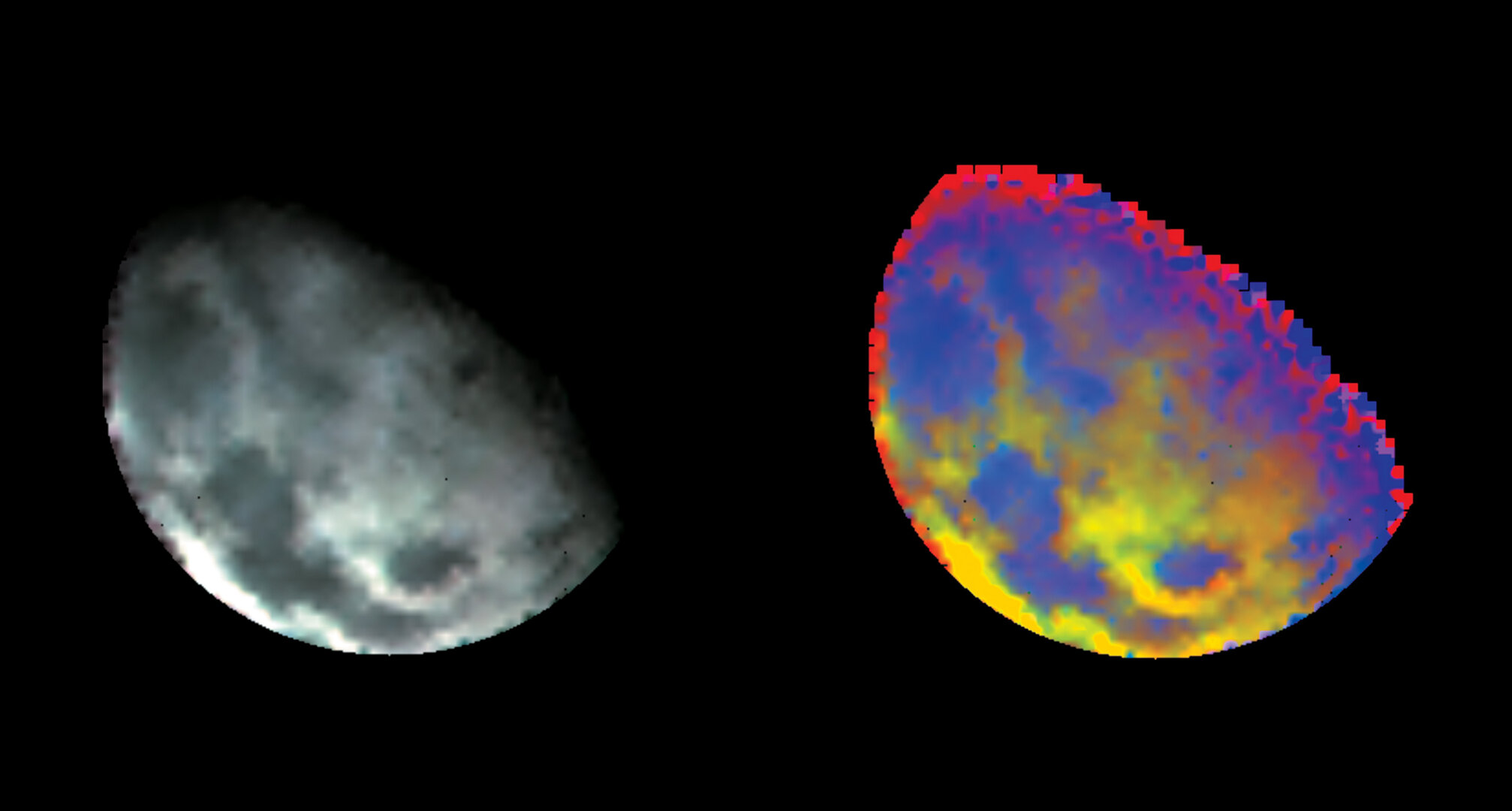 The Moon's pockmarked face gives an impression of what the Earth looked like around 4 thousand million years ago, when comets and asteroids rained on the newly formed planets of the Solar System, creating craters both large and small. The Earth's wounds have mostly healed, but the Moon has scarcely changed since 3.5 thousand million years ago, when molten lava made the flat, dark features called 'maria'.

From their six landings during NASA's Apollo Programme (1969-1972), astronauts brought rock samples home for analysis in the world's laboratories. Three unmanned Soviet spacecraft also recovered Moon rocks. Scientists prized them as samples of the primordial minerals that went into building the Moon and the Earth, and as chroniclers of impacts. But these samples mostly represent the near-side equatorial region. The far side of the Moon and polar regions, which have a quite different geological history, were not included.

Two small American spacecraft, Clementine and Lunar Prospector, went into orbit around the Moon in 1994 and 1998, carrying a variety of remote-sensing instruments to explore the whole lunar surface. Lunar Prospector also mapped the Moon's gravity and discovered magnetic regions. But many unanswered questions still perplex the lunar scientists.

SMART-1's camera AMIE enables scientists to study afresh the Moon's topography and surface texture. It measures visible light at a million points in a field of view 5 degrees wide, and filters can select yellow light, red light or very short infrared rays. By looking at selected regions from different angles, and under different lighting conditions, AMIE will provide new clues as to how the lunar surface has evolved.

With longer infrared rays, the infrared spectrometer SIR is mapping the surface distribution of minerals such as pyroxenes, olivines and feldspars, in far more detail than Clementine did when it scanned the lunar surface at six different infrared bands. SIR distinguishes about 256 wavelength bands, from 0.9 to 2.4 microns. The mineralogy will reveal the effects of cratering and maria formation, and the nature of subsurface layers exposed by fractures in the Moon's crust.

Peering for ice in the darkest craters

Any water on the lunar surface would be very helpful in the creation of permanent bases on the Moon. But to have survived, the water must be in the form of ice in places always hidden from the Sun, where the temperature never rises above minus 170°C. Such dark places exist, notably in the bottoms of small craters in the polar regions.

The trickiest task that the SMART-1 scientists have set themselves is to peer into the darkness with SIR, looking for the infrared signature of water-ice - and perhaps of frozen carbon dioxide and carbon monoxide too. By definition, no direct light falls in the target areas. But rays from nearby crater rims, catching the sunshine, may light the ice sufficiently for SIR to see it, when data from many passes are added together.