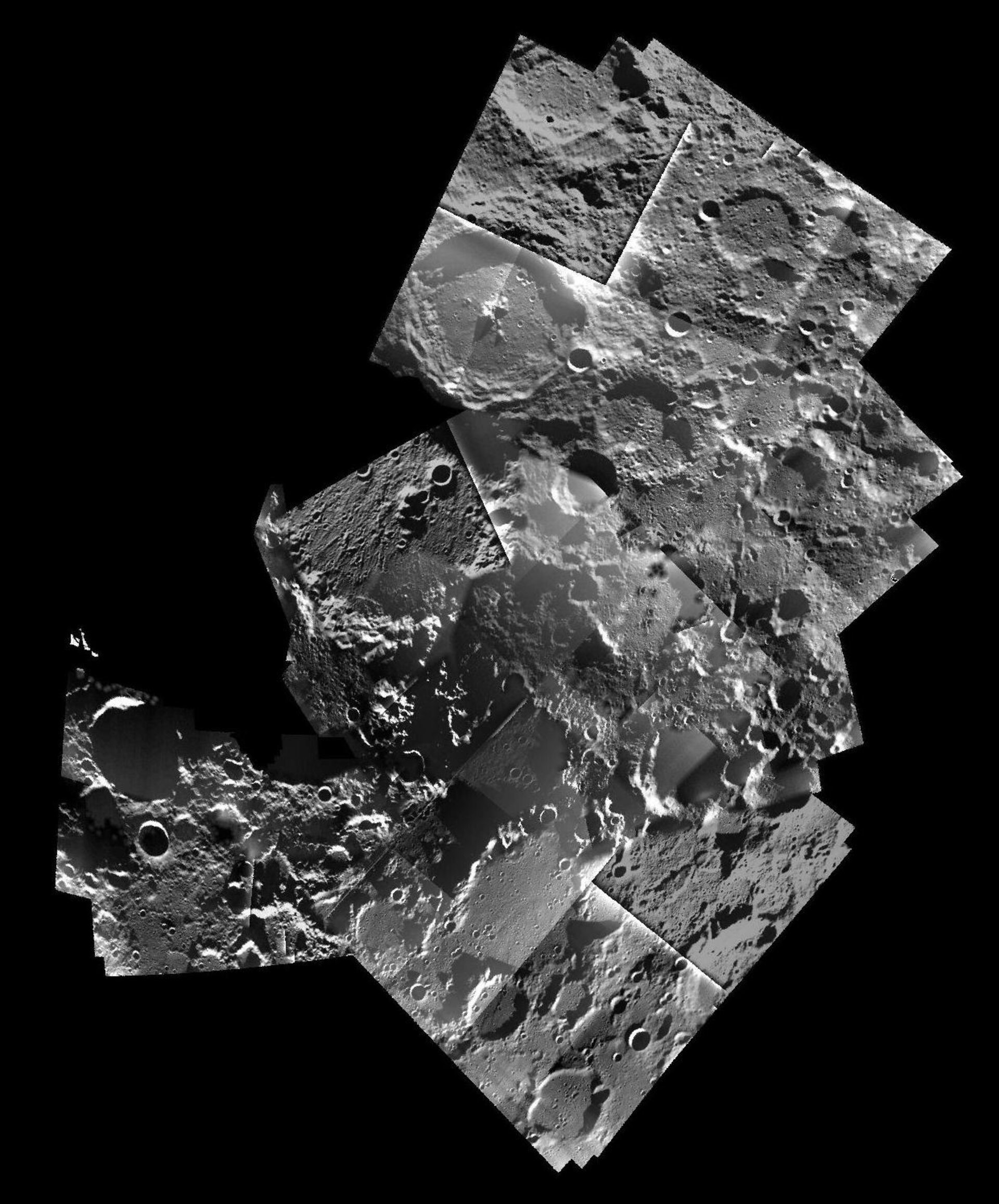 A new map obtained with SMART-1 data shows the geography and illumination of the lunar north pole. Such maps will be of great use for future lunar explorers.

The lunar poles are very interesting for future science and exploration of the Moon mainly because of their exposure to sunlight. They display areas of quasi-eternal light, have a stable thermal environment and are close to dark areas that could host water ice – potential future lunar base sites.

The SMART-1 north pole map, covering an area of about 800 by 600 km, shows geographical locations of some craters of interest. Peary is a large impact crater closest to the north pole. At this latitude the interior of the crater receives little sunlight, but SMART-1 was able to observe it during phases when the crater floor was sufficiently illuminated for imaging.

A previous lunar mission, the U.S. Clementine, observed the Peary crater during the north summer, and identified some areas particularly illuminated by the sun in that season. With its Advanced Moon Imaging Experiment (AMIE) micro-camera, SMART-1 has complemented this data set by identifying the areas that are also well-illuminated during northern winter.

Hermite is another lunar impact crater located along the northern lunar limb, close to the north pole of the Moon. Looking from Earth, it is viewed nearly from the side, illuminated by oblique sunlight.

Crater Plaskett is located on the northern far-side of the Moon, about 200 km from the north pole. It receives sunlight at a low angle. Because of the isolation of this crater and its location near the lunar limb, it has been suggested as a possible additional site of a future lunar base that could be used to simulate isolated conditions during a manned mission to Mars.

“From the crater rim, rovers could be sent out to explore nearby craters which are permanently in shadow and may contain water ice. If the layers of ice come from the volatiles deposited by comets and water-rich asteroids, we could better understand how, and how much, water and organic material was delivered to Earth over its history,” said Foing.

These images were analysed in the framework of a study project for the design and operations of lunar polar robotic landers and rovers, by Marina Ellouzi, a Master’s student in space engineering at the Paris-Meudon Observatory. The polar mosaics were presented and discussed at the 9th ILEWG International lunar conference in October 2007.