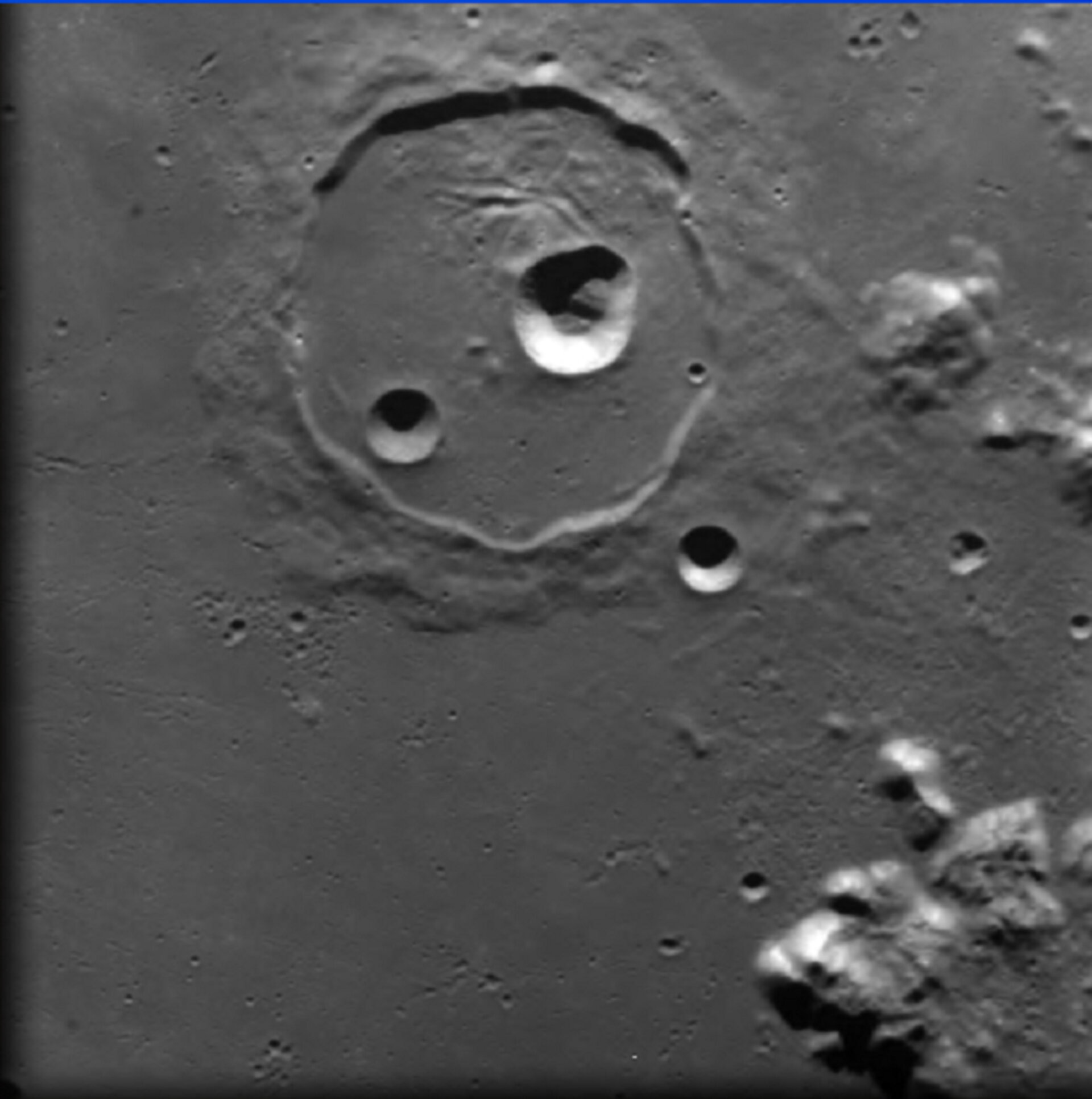 This image from SMART-1 was dedicated to the Cassini-Huygens mission team at the occasion of the European Geoscience Union conference in Vienna, April 2005, when new results from both missions were presented.

The crater Cassini on our Moon was named in honour of Jean-Dominique Cassini, one of the most important scientists of the 17th and 18th centuries. The joint NASA/ESA/ASI spacecraft, which is now in orbit around Saturn as part of the Cassini-Huygens mission, bears his name.

This lunar crater has a diameter of 57 km and is located at 40º North on the edge of Mare Imbrium (Sea of Rains). The crater is partly flooded by lava that later filled the large mare basin. The three smaller craters (two inside Cassini and one outside)were formed after the lava flooding.

Mare Imbrium is the second largest basin on the visible side of the Moon, with a diameter of 1250 km, and is one of the youngest of the lunar maria (the youngest is Mare Orientale) at between 3700 and 3900 million years old.

It is surrounded by three concentric rings of mountains, uplifted by the huge impact event that excavated it. Some upland hills are seen here to the north-west of Cassini crater (seen at top left, north is up).

The image was taken with the highly compact, lightweight and rugged AMIE camera on board SMART-1. AMIE stands for the Advanced Moon Micro-Imager Experiment (AMIE) experiment.

AMIE is based on work done by ESA’s Technological Research Programme and developed SPACE-X, Space Exploration Institute, in Neuchatel, Switzerland.