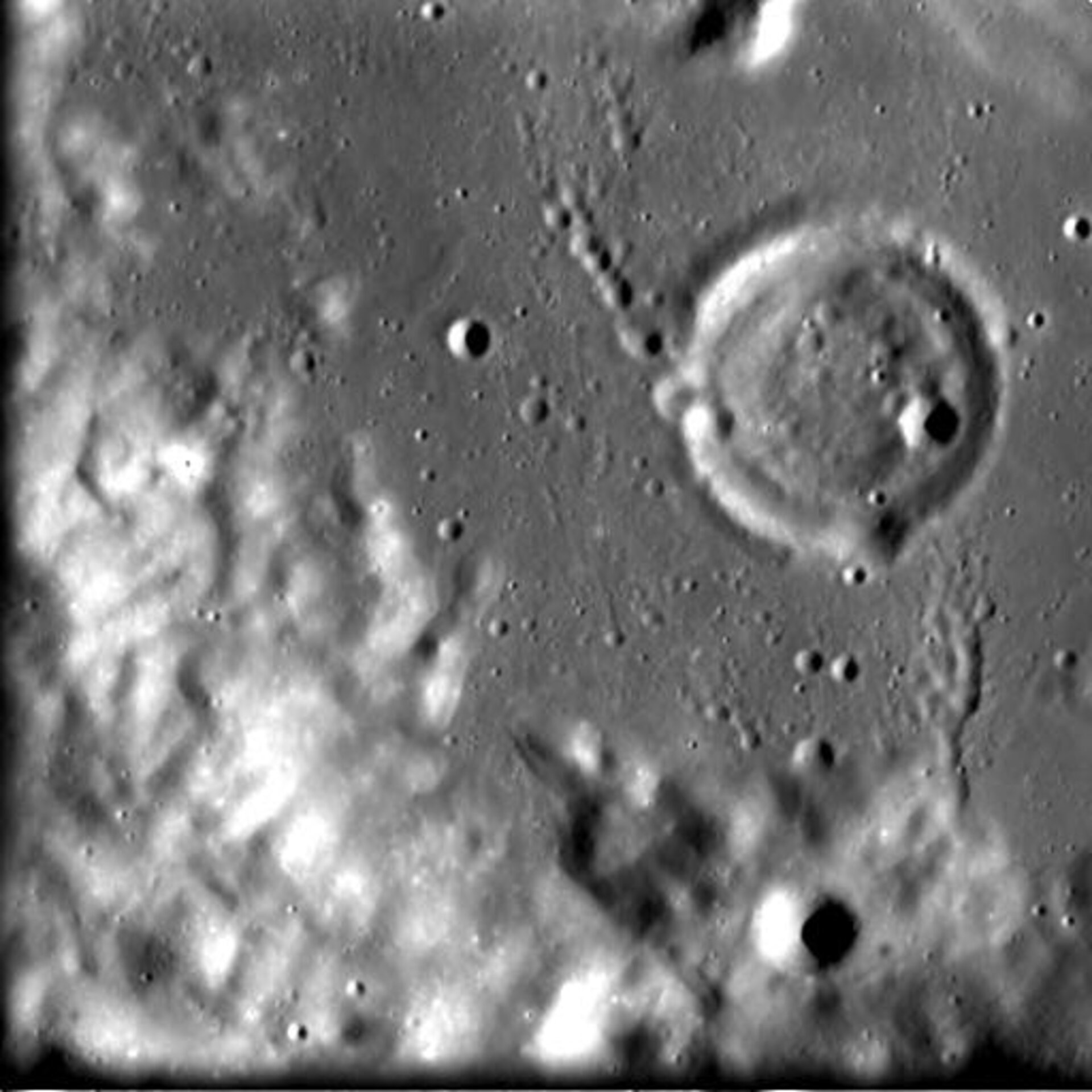 This image, taken by the advanced Moon Imaging Experiment (AMIE) on board ESA’s SMART-1 spacecraft, shows one quarter of crater Hopmann - an impact structure about 88 kilometres in diameter.

AMIE obtained this image on 25 January 2006 from a distance of about 840 kilometres from the surface, with a ground resolution of 76 metres per pixel.

The imaged area, not visible from Earth because it is located on the far side of the Moon, is positioned at latitude of 51.7º South and longitude 159.2º East. It covers a square of about 39 kilometres per side.

The crater (centred at 50.8º South, 160.3º East) is situated on the edge of the giant South Pole-Aitken basin SPA, the largest impact crater in the solar system with a diameter of 2500 kilometres and a depth of 13 kilometres. The SPA basin shows distinctive chemical composition with unusual mineralogy types, and possible exposure of rocks from the lower crust or the upper mantle.

The hills on the lower left side are the crater wall of Hopmann. This crater is very old - many small craters can be seen on its flat floor, the largest one showing an interesting double-ringed structure. The outer rim has been also eroded by later impacts.

The small crater chains to the left of Hopmann can be interpreted as series of so-called ‘secondary craters’, created by the impact of the material ejected from a nearby large impact. This ejected material flies away in molten state, and fall in large ‘droplets’. When these impact on the surface, they form typical crater chains as those visible in this image.

The crater is named after Josef Hopmann (1890-1975), an astronomer that worked in Bonn, Leipzig and as Director of the Vienna Observatory.