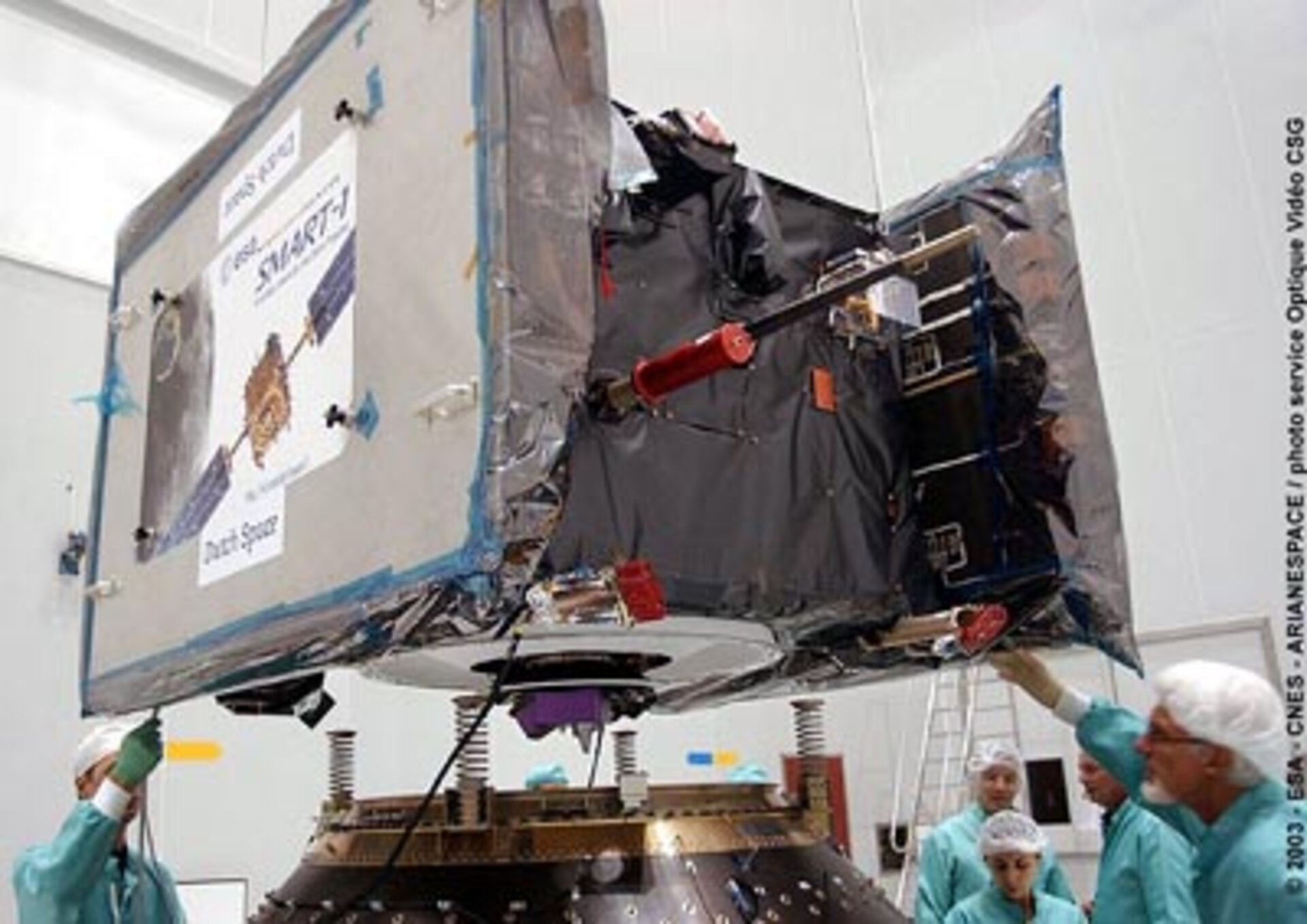 While the SMART-1 spacecraft is sitting comfortably on its launcher interface adapter in Kourou, waiting to be lifted atop the Ariane-5 launcher, the Flight Operations team at ESOC is briskly working on the final preparation of orbital operations.

These are highly complex and need to be fully prepared; the spacecraft not only has to work properly, but the whole ground infrastructure which supports the flight has to be carefully tested and rehearsed.

A series of simulations are currently taking place to test all nominal and contingency operations. The Flight Operations team consists of personnel from ESOC in charge of the computers and software of the Mission Control system, the ground stations, the flight dynamics and the flight control; and personnel from ESTEC and industry who provide expert support regarding the spacecraft design and operations.

During simulations unpredicted situations are also rehearsed. The simulation officer - usually selected from among the team members for his malice and craftiness - intentionally injects simulated failures to test the response of the flight operations team. In the most straightforward cases the team reacts by exercising pre-developed contingency procedures, for more challenging cases, where the injected failure is more subtle and difficult to handle, a briefing meeting is called and the case discussed. The decision on what to do is then approved and authorised jointly by the Flight Operations Director and the Mission Director. These simulations are extremely useful as they train the team to react positively when unforeseen events occur. It also helps the whole team to work together and act in a concerted way - even in the tensest situations.

So far around ten simulations, attended by the whole operations team, have taken place. A few more will be performed before the launch. Today's simulation was to exercise the first part of the mission: from launcher separation until the spacecraft achieves safe mode.