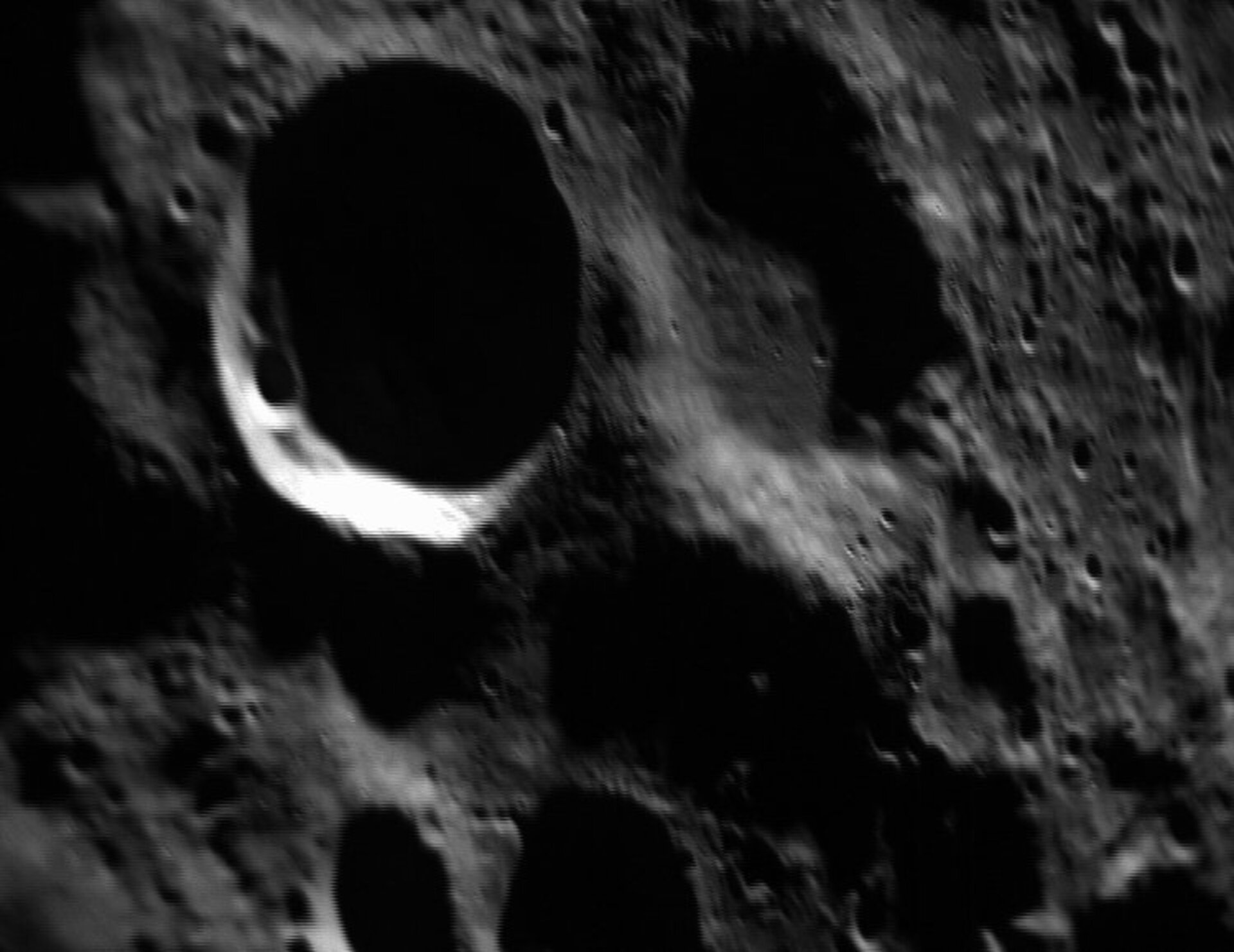 While ESA's SMART-1 mission is running on its last orbits around the Moon before its planned lunar impact on 3 September 2006, the spacecraft 'star tracker' – or attitude camera - is taking exciting pictures of the ever approaching surface.

One week before the end of the SMART-1 mission, the SMART-1 Mission Control Team at the European Space Operations Centre (ESOC) in Germany are working together with the Danish Technical University (DTU), manufacturer of the star tracker, to demonstrate that this attitude camera is not only capable of determining the spacecraft attitude by looking at the stars, but can also be used for exciting peeks at the Moon. The DTU star tracker is a light-weight instrument, weighing only 3.2 kilogrammes including the baffles, and operates highly autonomously.

With only a few days to go, the flight control team is taking advantage of the star tracker being blinded by the moonlight to fuel the imagination and take images at close distance.

The first image was taken on 23 August at 12:42 CEST (10:42 UT), from 165 kilometres above the Moon surface, while SMART-1 was travelling at a speed of 1.93 kilometres per second. The two craters visible on the image are 'satellite' craters to the Neumayer crater. Satellite craters are identified by the name of their parent crater and an additional letter.

On Tuesday 29 August the spacecraft is in a favourable position to take the most exciting images so far. At that time the star tracker will have both the Earth and the Moon in its field of view, with the Earth about to disappear on the Moon's horizon.

To calibrate the star tracker and to ensure safe star tracker operation, the Flight Control Team at ESOC have taken test images with new star tracker settings provided by DTU. The resulting images already show a breath-taking view of the Moon.

"The star tracker provided its first images of the Milky Way a few days after SMART-1 was 'born' in space", says SMART-1 Project scientist Bernard Foing, "and it is also witnessing the last moments from the vehicle as if we were on board."