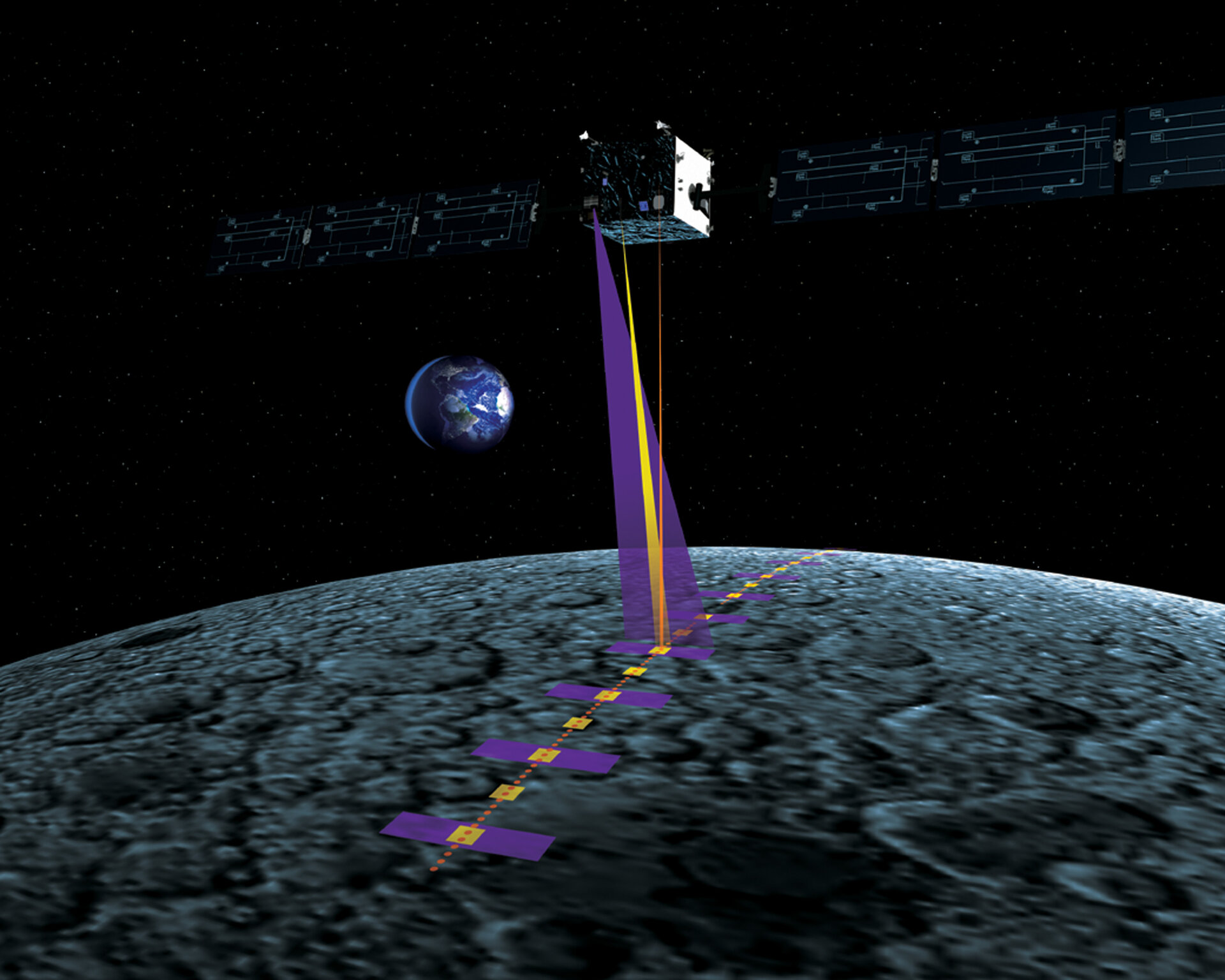 Multinational teams of scientists and engineers are conducting ten different investigations coordinated by a Science and Technology Operations Centre. The instrument teams are led by Principal Investigators from Finland, Germany, Italy, Switzerland and the United Kingdom. All ESA member countries are taking part, providing Co-Investigators for various experiments.

EPDP and SPEDE Designers of future solar-electric spacecraft want to know how SMART-1's ion engine performs, what side-effects it has, and whether the spacecraft interacts with natural electric and magnetic phenomena in the space around it. Possible problems include deflection of the ion engine's thrust direction, erosion of surfaces, short-circuits by sparks, interference with radio signals, and accumulating dust. The main on board instruments monitoring these effects are EPDP and SPEDE.

KaTE and RSIS Small changes in SMART-1's motion reveal the precise thrust delivered by the ion engine. Like police radars used to catch speeding motorists, RSIS employs the Doppler effect, to see how the speed alters the wavelength of radio pulses. It uses the very short radio waves of KaTE. The primary purpose of KaTE is to demonstrate the next generation of radio links between the Earth and far-flung spacecraft. Microwaves in of the Ka band, around 9 millimetres in wavelength, can be focused into relatively narrow beams by the small dish antennas available on the spacecraft.

Laser Link is another communications experiment. ESA already has laser links with telecommunications satellites from an optical ground station on Tenerife in Spain's Canary Islands. Aiming the beam becomes much more difficult if, like SMART-1, the spacecraft is far away and moving rapidly. The hope is that the onboard camera AMIE will see Tenerife aglow with laser light.

OBAN Future spacecraft will be more self-reliant in guiding themselves along pre-defined paths towards distant destinations. OBAN is evaluating a computer technique for on-board autonomous navigation. It uses the bearings of stars seen by SMART-1's star trackers, and the Earth, Moon, and possibly asteroids seen by the AMIE camera.

Observing the Moon and the Sun

AMIE, SIR and D-CIXS Different kinds of visible and invisible light coming from the lunar surface provide clues about its chemical composition and geological history. The ultra-compact electronic camera, AMIE, is surveying the terrain in visible and near-infrared light. An infrared spectrometer, SIR, charts the Moon's minerals. An X-ray telescope, D-CIXS, identifies key chemical elements in the lunar surface. The major scientific goals are described in the following pages.

XSM The D-CIXS measurements could be confused by variations in solar X-ray emissions, which depend on how stormy the Sun is at the time. So SMART-1 monitors the solar X-rays with its XSM instrument. XSM also makes its own independent study of solar variability.

SPEDE Like a ship at sea, the Moon leaves a wake in the solar wind - the non-stop stream of charged particles and associated magnetic fields coming from the Sun. The SPEDE electrical experiment observes this effect at close quarters.

RSIS With help from the KaTE microwave system and the AMIE camera, the RSIS radio experiment demonstrates a new way of gauging the rotations of planets and their moons. It should be able to detect a well-known nodding of the Moon, which slightly tilts first its north pole and then its south pole towards the Earth.

Instruments and techniques being tested in examining the Moon from SMART-1 will later help ESA's BepiColombo spacecraft to investigate the planet Mercury.