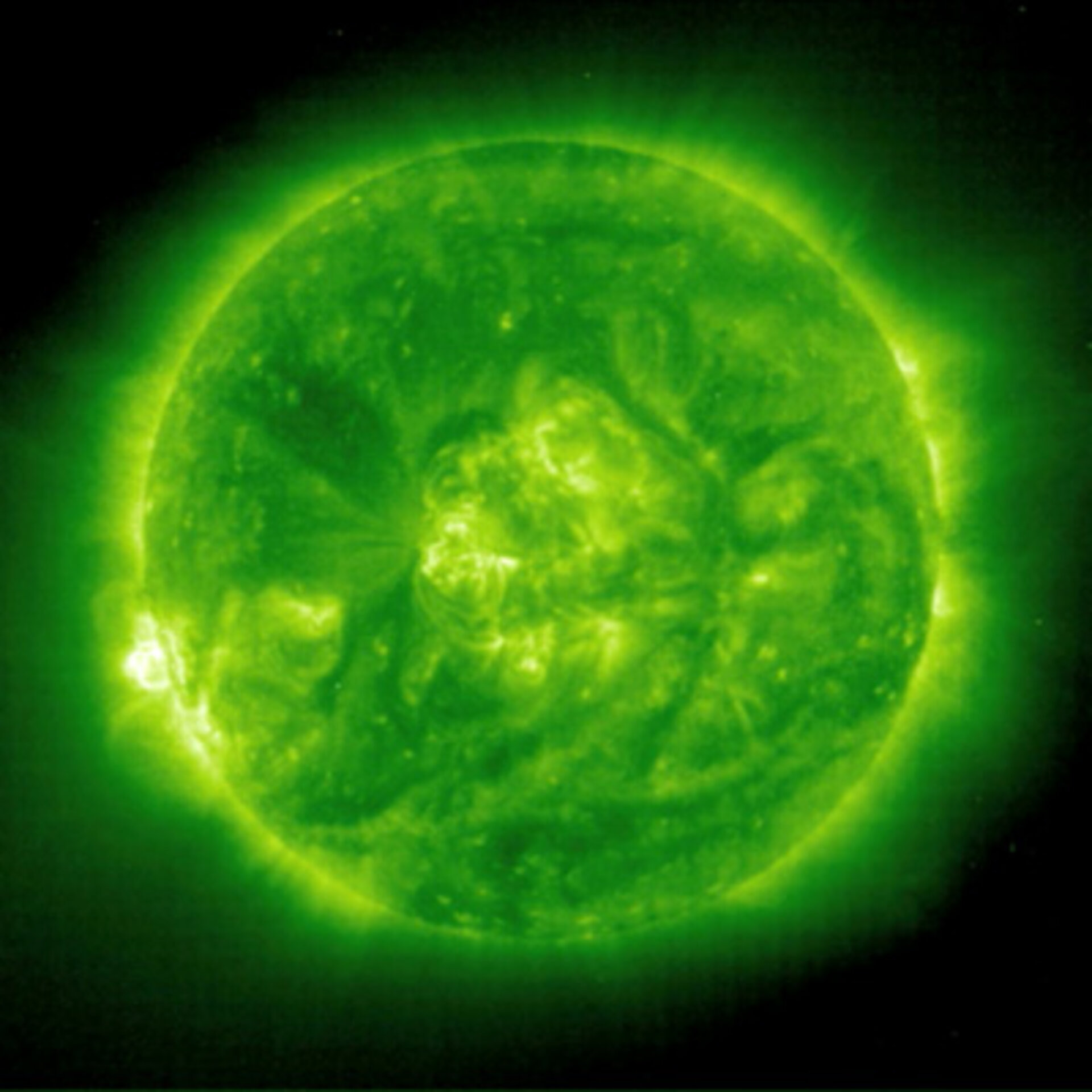 The Solar and Heliospheric Observatory (SOHO) celebrated its twelfth launch anniversary on 2 December 2007. The satellite has witnessed the Sun change through almost a complete solar cycle - from quiet to stormy, and back again.

The solar cycle normally lasts about 11 years. In late 1996, shortly after its launch, SOHO was able to observe the last minimum of the 11-year activity cycle. The minimum was followed by a rapid rise in solar activity, peaking 2001 and 2002.

Activity levels have slowly declined since then, but we haven't reached solar minimum yet, despite passing 11.1 years since the last minimum - the average length of a solar cycle.

One way of measuring the solar cycle, is to observe sunspots on the Sun. Sunspots are areas of very high magnetic fields on the Sun’s surface, their numbers vary with the cycle. The sunspot cycles measured since the mid-18th century vary in length from 9.0 to 13.5 years.

While a team of experts has attempted to predict when the next solar minimum will be, we won't really know until we get there. In fact, the experts were sharply divided about the time of the next minimum and the intensity of the next maximum, which should arrive at about 2012 or 2013.

Whenever the next cycle begins, SOHO will be there to observe it.

The Sun, at a wavelength of 19.5 nanometres, shown in green.

The Sun, seen at 28.4 nanometres, shown in yellow.