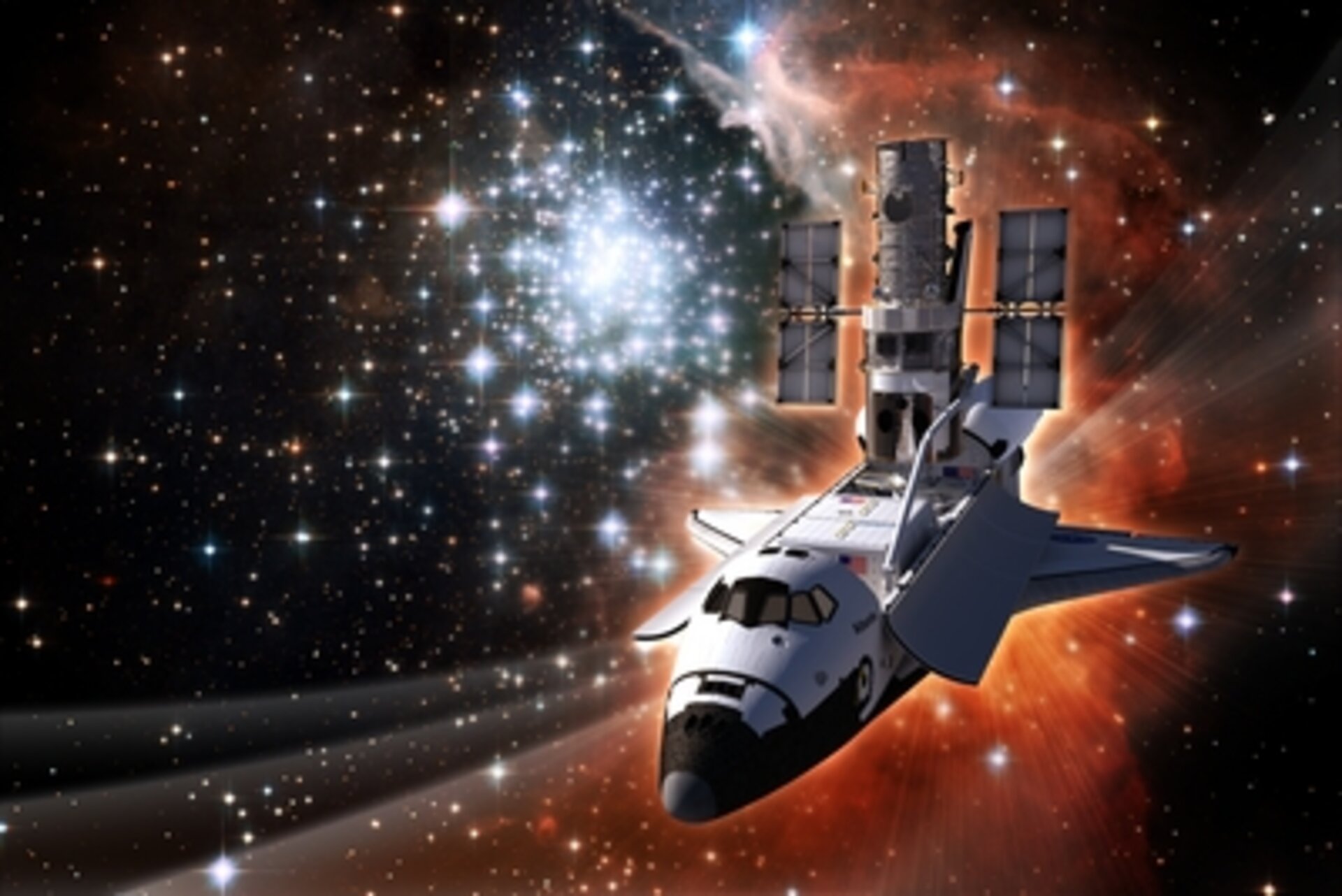 On 11 May, Space Shuttle Atlantis will launch with a crew of seven to visit the NASA/ESA Hubble Space Telescope and carry out the fifth and final servicing mission. The replacement and repair of several instruments will see Hubble equipped to continue its programme of discovery well into the next decade.

The combination of Hubble's powerful suite of instruments and its location far above Earth's atmosphere has consistently produced outstanding scientific results for 19 years. This success is due to both the robust initial design of the satellite and the remarkable series of servicing missions that have kept the complex operating platform functioning and up to date.

Astronauts from NASA and ESA visited Hubble in 1993, 1997, 1999 and 2002, carrying out a series of repairs and upgrades on each occasion. During the upcoming Servicing Mission 4 (SM4) astronauts will carry out five spacewalks to complete one last set of improvements. This will mean that every major component on the spacecraft, apart from the mirrors, will have undergone at least one upgrade since launch.

The primary objective of the mission is to deliver two new instruments. The Cosmic Origins Spectrograph (COS) will sit in the slot currently occupied by the now redundant Corrective Optics Space Telescope Axial Replacement (COSTAR) package, and the enhanced Wide Field Camera 3 (WFC3) will replace the current Wide Field Planetary Camera 2 (WFPC2). Both instruments use advanced technology to dramatically improve Hubble’s potential for discovery and enable observations of the faint light from the youngest stars and galaxies in the Universe.

COS will mainly study light from faint, distant quasars that has passed through intergalactic gas clouds, galaxies and voids, on its trajectory through the history of the Universe. By splitting the quasar light into different wavelengths (or colours), and studying how much or how little of each wavelength is absorbed, astronomers can determine the chemical composition and exact location of matter along the way. This provides information on both the large-scale structure of the Universe and the evolution of its chemical composition.

WFC3 is a state-of-the-art imaging platform. It is the first single instrument on Hubble that is able to image across the infrared, visible and ultraviolet wavebands. As a result, astronomers will have the unique opportunity to observe the different stellar populations within distant galaxies, study objects at high redshifts, and to look for water and ice on bodies within the Solar System.

"Following this servicing mission, Hubble will become a considerably more powerful observatory than ever before and will be superbly equipped to continue its pivotal role in observational astrophysics well into the next decade," said Bob Fosbury, Head of ESA's Space Telescope — European Coordinating Facility.

Replacing instruments is complicated enough, but there is an additional twist: two others need fixing — the Advanced Camera for Surveys (ACS) and the Space Telescope Imaging Spectrograph (STIS). This attempt to conduct in-orbit repairs is unprecedented To meet this challenge, engineers have developed new tools and procedures specifically for this mission.

Hubble itself also requires some care and attention. The batteries, for example, need updating, as Hubble is still flying with the originals and, after over 19 years of continuous use, they are starting to degrade. Other fixes to the satellite, such as replacing the fine guidance sensor and gyroscope units, will ensure that Hubble remains operational for many years to come.

Late last year, Hubble broke one of the longest-standing space records when it clocked its 6823rd day in orbit.

ESA contributes a 15% share to Hubble's development, and in return, European astronomers receive a guaranteed 15% share of observing time. In practice, the high quality of proposals from scientists in Europe has kept their average share above 20%.

ESA's contributions to Hubble have been vital. At the outset of the mission, ESA provided two sets of solar arrays and the Faint Object Camera (FOC) which preceded the current Advanced Camera for Surveys (ACS). FOC, decommissioned in 2002, was an extremely powerful and sensitive optical and ultraviolet camera that allowed astronomers to distinguish faint points of light as individual objects.

ESA also supplied the two Solar Array Drive Mechanisms (SADM), the Solar Array Drive Electronics (SADE) and the Drive Control Electronics as part of its initial contribution to the development of the telescope. Solar-powered satellites such as Hubble rely on accurate pointing of their solar arrays to achieve maximum power. The manipulation of the solar arrays is also critical during spacecraft capture and spacewalks so that astronauts can work unhindered.

For SM4, ESA's involvement with this mission is largely in a support capacity at the mission control facilities at NASA's Goddard Space Flight Center, in Maryland, USA, where ESA engineers will help monitor the solar array performance throughout mission activities.

“At ESA, we are proud to be part of the Hubble family, to work with our American colleagues, and to support this great astronomical tool,” said David Southwood, ESA Director of Science and Robotic Exploration. “With the refurbished telescope, astronomers will have the chance to continue their pursuit, decoding our Universe’s fundamental scientific truths. An extended life for Hubble is good news for astronomers the world over.”

Late last year, Hubble broke one of the longest-standing space records. On 28 December 2008, it clocked the 6823rd day in orbit and overtook the record for continuous orbital observations held by the ESA/NASA/UK International Ultraviolet Explorer, a mission that ceased operations in 1996. During this impressive run, Hubble has carried out many observations, both close to home in the Solar System and out to the furthest extremes of the Universe.

The Hubble Space Telescope is a project of international cooperation between ESA and NASA. It was launched in 1990. The partnership agreement between ESA and NASA was signed on 7 October 1977; as a result of this agreement European astronomers have guaranteed access to 15% of Hubble's observing time.