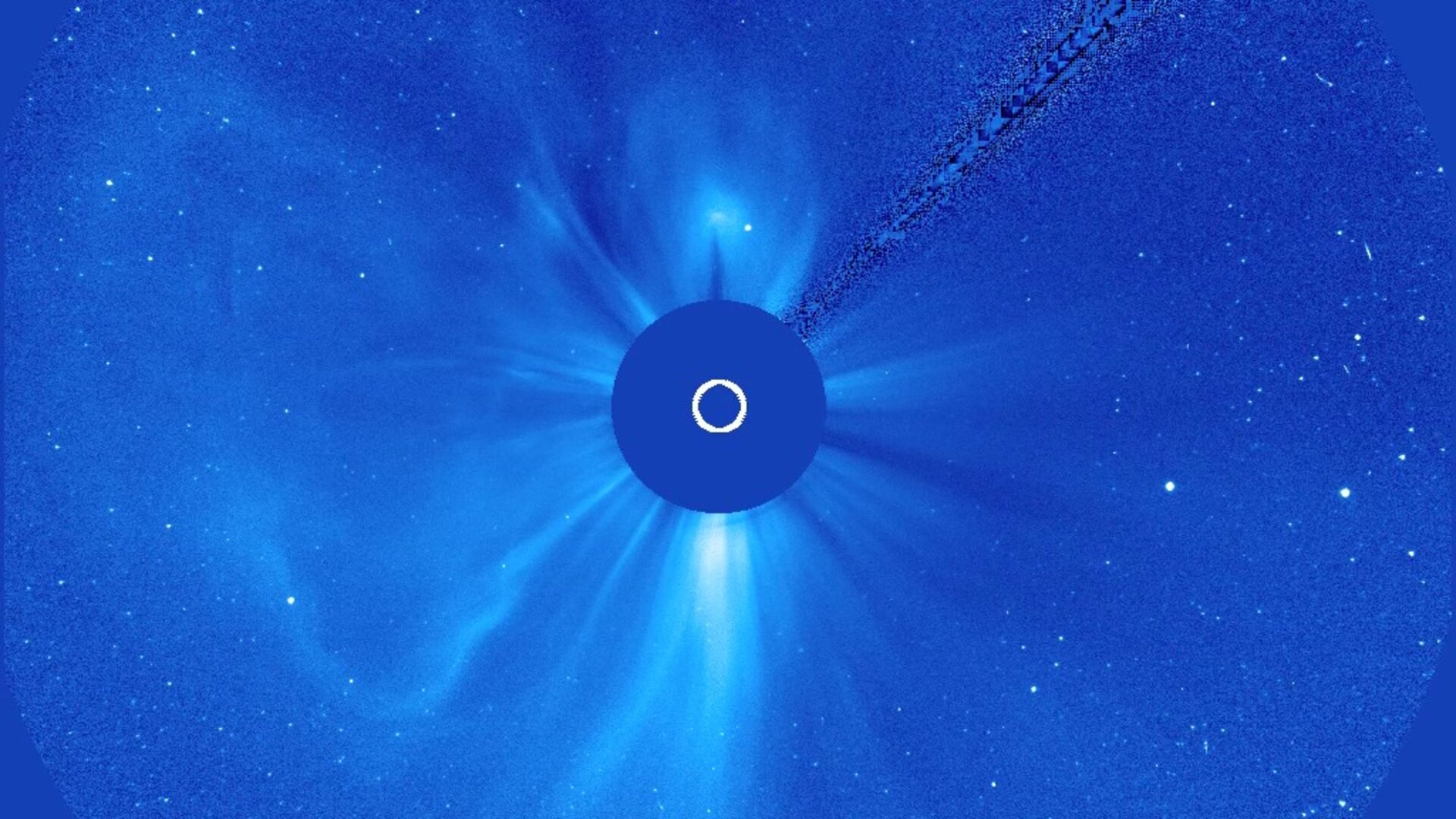 Two solar eruptions expand side-by-side into space in this movie, playing out in front of the ESA/NASA Solar and Heliospheric Observatory, SOHO, on 1–2 July 2013.

The eruptions were coronal mass ejections, or CMEs, huge clouds of magnetised plasma ejected from the Sun’s atmosphere – the corona – and launched into interplanetary space.

CMEs comprise millions of tonnes of gas and race away from the Sun at several million kilometres per hour.

In the event shown in this movie, one small CME slowly emerges directly above the Sun as seen by SOHO. Shortly after, a much larger, faster event bursts from the left, and together the CMEs expand into space.

The larger event was likely triggered as a solar filament became unstable and lifted away from the Sun. Filaments form in magnetic loops and suspend cool, dense gas above the solar surface.

From above, filaments appear as dark lineaments against the hotter surface below, but in profile they form giant glowing loops called prominences. When their magnetic fields become unstable, they can trigger flares or CMEs.

Neither of these two CMEs interacted with Earth but when other events like these do, even a glancing blow to the planet’s magnetic field can ignite spectacular natural light displays – aurora – over the poles.

But in the most extreme events CMEs can cause much trouble, initiating geomagnetic storms that can result in regional power outages and communications blackouts.

The shaded disc at the centre of the image is a mask in SOHO’s LASCO instrument that blots out direct sunlight to allow study of the faint details in the Sun's corona. The white circle added within the disc shows the size and position of the visible Sun.

This movie was first highlighted as the SOHO “Pick of the Week” on 5 July 2013.