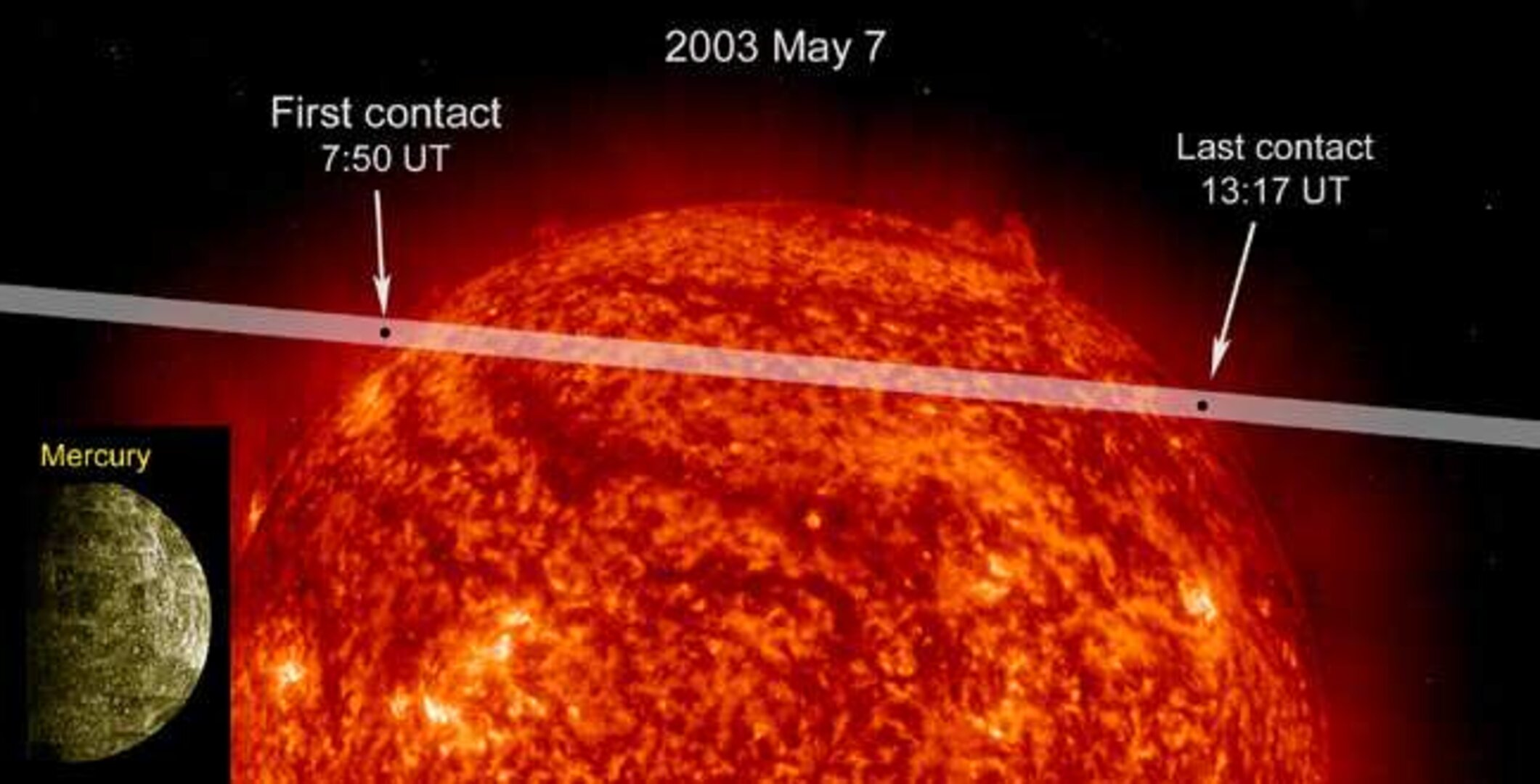 During the morning of 7 May 2003, the planet Mercury will slip across the face of the Sun in a rare event, known as a transit. There are only about 12 celestial alignments like this every century and you cannot view them safely without special telescopic equipment. So, let the ESA/NASA solar watchdog, SOHO, do all the hard work for you...

About 160 times smaller than the apparent diameter of the Sun, Mercury will appear as a tiny dot, silhouetted on the bright face of the Sun, as it makes its five and a half hour journey on 7 May 2003. The show will begin at 9:50 CET (7:50 UT) and last into the afternoon, finishing at 15:17 CET (13:17 UT). Images of the event will appear on the SOHO web site as soon as possible, during that day. Mercury is already visible in the LASCO C3 images on 2 May 2003, edging closer to the Sun.

The planets Mercury and Venus have orbits closer to the Sun than the Earth. They are therefore the only planets that can pass in front of the Sun, as seen from Earth. During the 19th century, transits were used to precisely measure the distance to Mercury and Venus. Scientists will use the transit on 7 May 2003 as a unique opportunity to better understand the instruments on the SOHO spacecraft.

Bernhard Fleck, SOHO's Project Scientist, says, "Our science will be significantly improved because the transit allows us to better characterise our instruments." This characterisation will include precise measurements of the spacecraft's roll angle in space, subtle image distortions, and an investigation into the effects of stray light, which contaminate the science images.