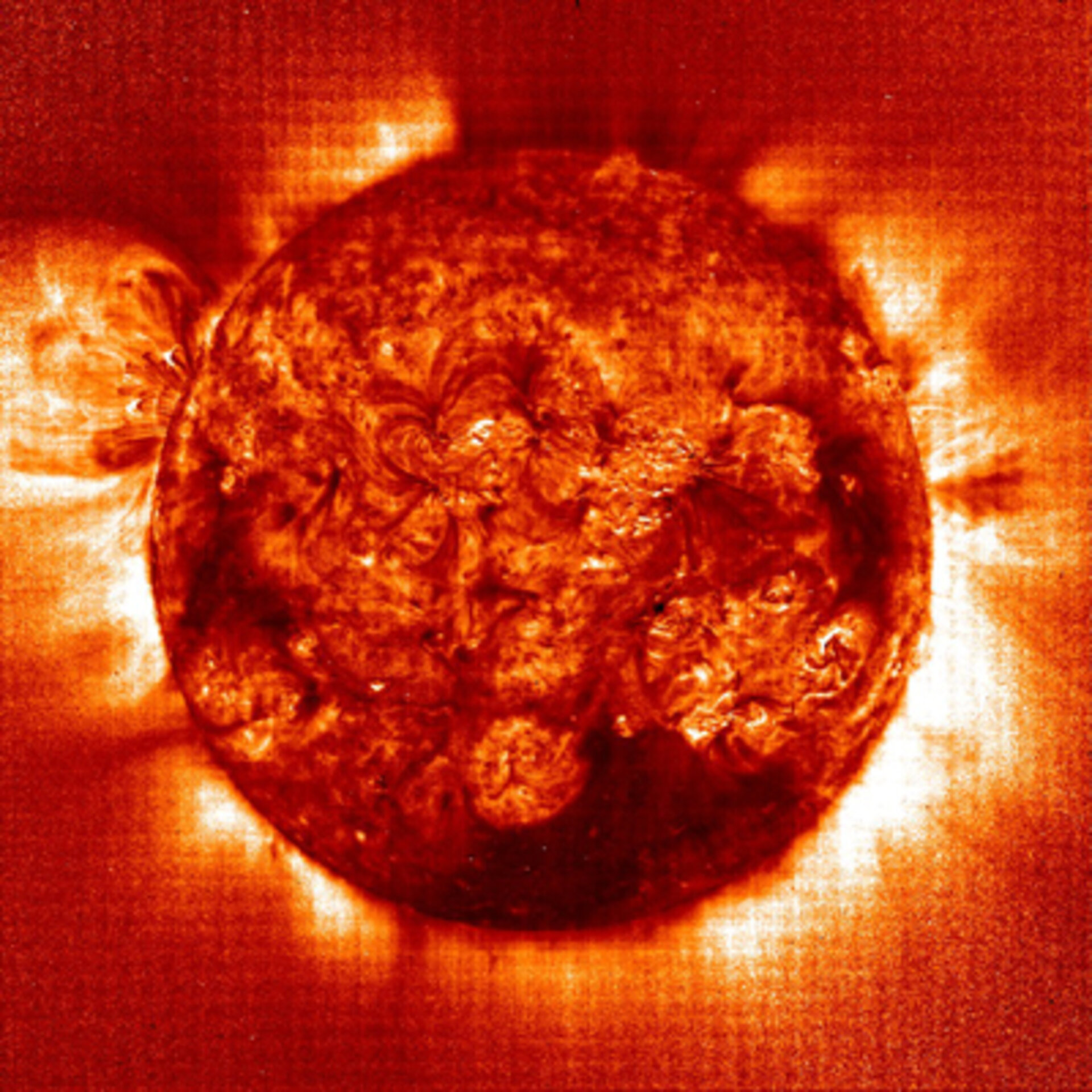 Staring at the Sun, SOHO's studies range from the Sun's interior, its visible surface and stormy atmosphere, to where the solar wind blows in distant regions of our Solar System.

SOHO is part of the first Cornerstone project in ESA's Science programme (the other is Cluster). Both are joint ESA/NASA projects in which ESA is the senior partner.

This temperature map of our Sun's corona was recorded by the French Extreme-ultraviolet Imaging Telescope (EIT) instrument on the SOHO spacecraft. It recorded it at 01:00 UTC on 21 June 2001 (this coincides with the period of a total solar eclipse seen by observers in southern Africa). In the image, bright areas indicate hotter plasma, dark areas cooler plasma.