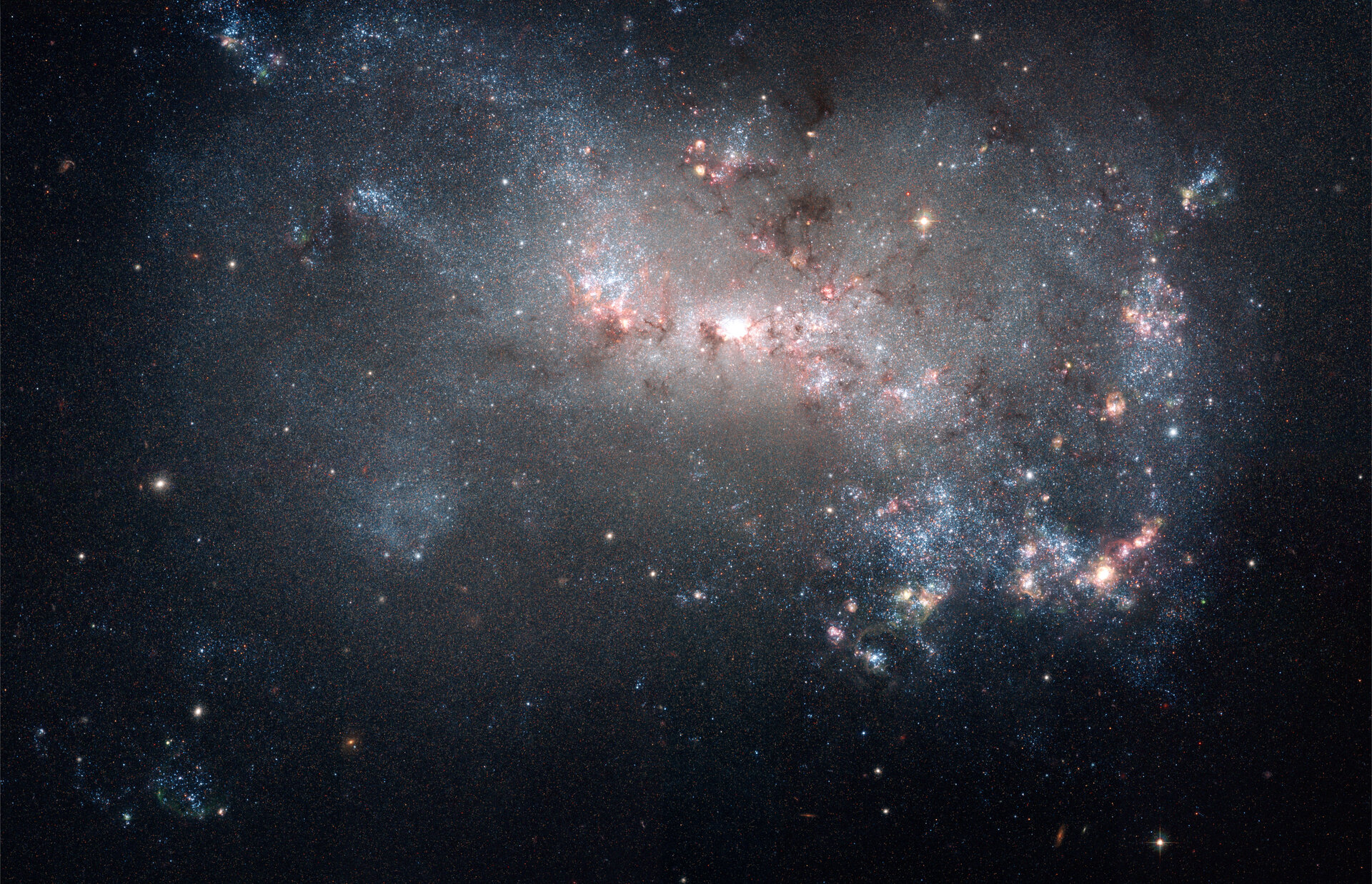 Nearly 12.5 million light-years away, in the dwarf galaxy NGC 4449, stellar fireworks on display have been captured by the Hubble Space Telescope.

NGC 4449 belongs to a group of galaxies in the constellation Canes Venatici, ‘the Hunting Dogs’. Astronomers think that NGC 4449’s episode of star formation has been influenced by interactions with several of its neighbours. It is likely that the current widespread starburst was triggered by interaction or merger with a smaller companion.

The NASA/ESA Hubble Space Telescope’s Advanced Camera for Surveys observed NGC 4449 in the visible (blue and green), infrared, and hydrogen-alpha regions of the spectrum.

Hundreds of thousands of vibrant blue and red stars are visible in this new image. Hot bluish white clusters of massive stars are scattered throughout the galaxy, interspersed with numerous dustier reddish regions where star formation is taking place. Massive, dark clouds of gas and dust are silhouetted against starlight.

NGC 4449 has been forming stars for thousands of millions of years, but is currently experiencing star formation at a much higher rate than in the past. This unusual explosive and intense activity qualifies as a starburst, meaning that at the current rate, the gas that feeds stellar production would run out in about a thousand million years.

Starbursts usually occur in the central regions of galaxies, but in NGC 4449 it is more widespread, since the youngest stars are present both in the nucleus and in streams surrounding the galaxy.

A galaxy-wide starburst such as that seen in NGC 4449 resembles primordial star-forming galaxies, which grew by merging with and accreting smaller stellar systems. Since it is close enough to be observed in detail, NGC 4449 is the ideal laboratory for the investigation of what may have occurred during galactic formation and evolution in the early Universe.